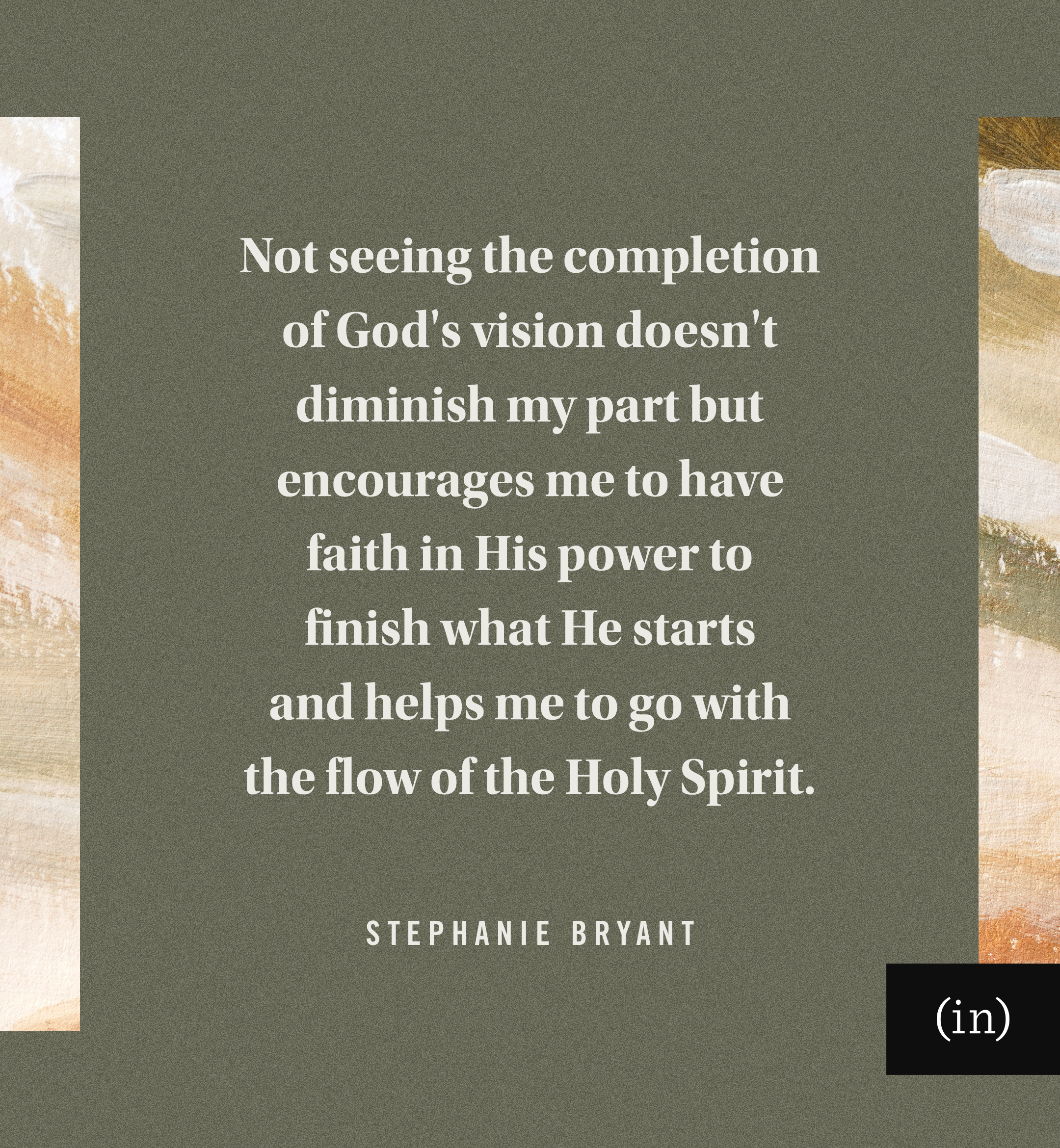 Breezes from the front porch encircled us as I stood with the family who was buying our farm. I listened to their plans and shared with them about this special place they were moving into. I wanted them to know God had built it, what He had taught me about dwelling with Him, and how I had prayed for them.

And then the moment happened.

The wife commented how she couldn’t wait to host her women’s church group on the big front porch. I should have been excited that God had answered my prayers for our farm to be handed off to kingdom-minded people, but my heart fell.

The buyer was going to do the very things I had hoped to do but never got to see to fruition. God had given me so many ideas for our farm, and that had been one of them. As I returned to packing boxes, I wanted to cry.

I immediately felt like a failure, followed by jealousy and disappointment in myself and, if I’m honest, in God. I was left curious why I had missed the opportunity to complete the vision He’d started with me.

Years before, God had planted the idea of our farm in my heart, and we searched for land for six years before He provided our very own promised land. Then, He gave us the chance to restore an ugly property with Him. We spent years cleaning up the property, building a home, and planting seeds. And we experienced many miracles in the process.

I never anticipated that I wouldn’t get to experience the entirety of the vision He’d revealed to me. It never crossed my mind that I would only be a part of the beginning of that vision and would have to pass the baton on to another to complete it.

Weeks after that front porch conversation, we were moved out, and I was deep cleaning the house. As I scrubbed baseboards and toilets, I chose to pray for the new owners, thank God for the good and hard we had experienced in this place, and finally come clean to Him about the feelings I had.

I told Him it felt unfair for Him to share the vision with me and then for me not to be able to see it to completion.

God was kind to listen while I complained about how He was working His plan. His Spirit was gentle but honest, revealing to me that this wasn’t the first time He’d asked me to pass on the baton in the middle of His vision for my life.

When I co-founded (in)courage with Holley Gerth more than a decade ago, I assumed I’d be in my role for years to come. So I was shocked when just nine months after launching, God asked me to resign and start my own business.

What would happen to the vision and ideas He had given me for (in)courage? I wanted to be part of all God was doing. But over the years, He has brought different women to lead this special place and has always made it clear that nothing is reliant upon me or any other person — only Him.

God is so kind to have a vision for something in our lives and to share it with us. But it’s up to Him what our role is and for how long He wants to work through us on that vision.

It’s very rare for the person that God shares His specific vision with to be the one to see it through to completion. I’m hard pressed to find many stories in the Bible where God’s people were gifted with experiencing both the beginning and the end of God’s plan. Usually each person plays a key role, but only a part.

Not seeing the completion of God’s vision doesn’t diminish my part but encourages me to have faith in His power to finish what He starts and helps me to go with the flow of the Holy Spirit.

With (in)courage, I knew God had called certain women at specific times to lead in my place. I have the privilege of watching His original vision unfold twelve years later. And now, with our farm, God brought the next woman to fulfill more of the vision He’s designed her for. It’s truly the body of Christ each playing their role in working out what God has planned.

Will you join me in being open to God’s role and timing for you? He may be asking you to join Him in a vision for the first time or to turn your current role over to another and open a new chapter so you both can serve His kingdom. He’s asking each of us to work together for the greater good and for His vision to be completed. Let’s be flexible with our expectations and timelines and trust that His ways are greater.

Not seeing the completion of God's vision doesn't diminish my part but encourages me to have faith in His power to finish what He starts and helps me to go with the flow of the Holy Spirit. -Stephanie Bryant: 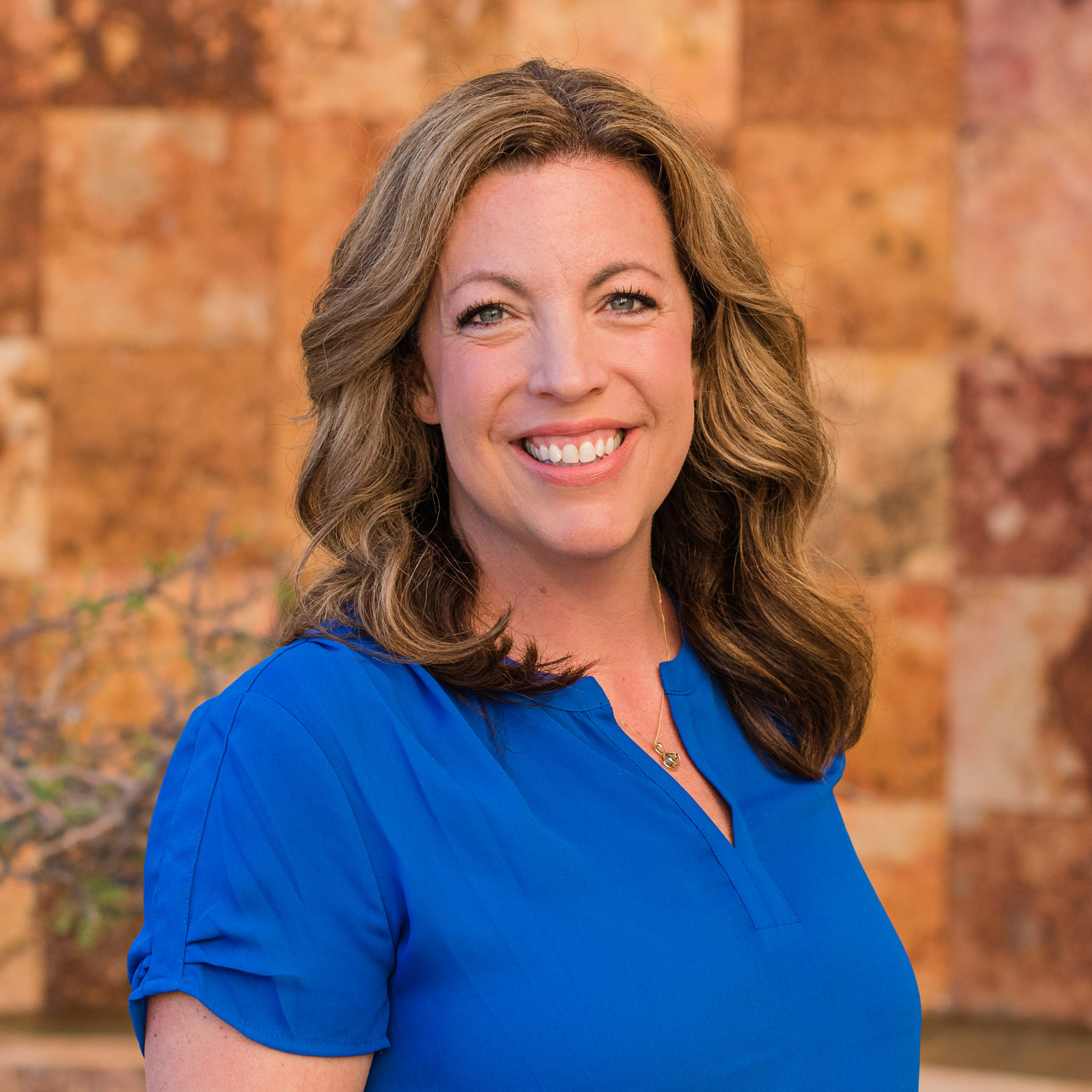