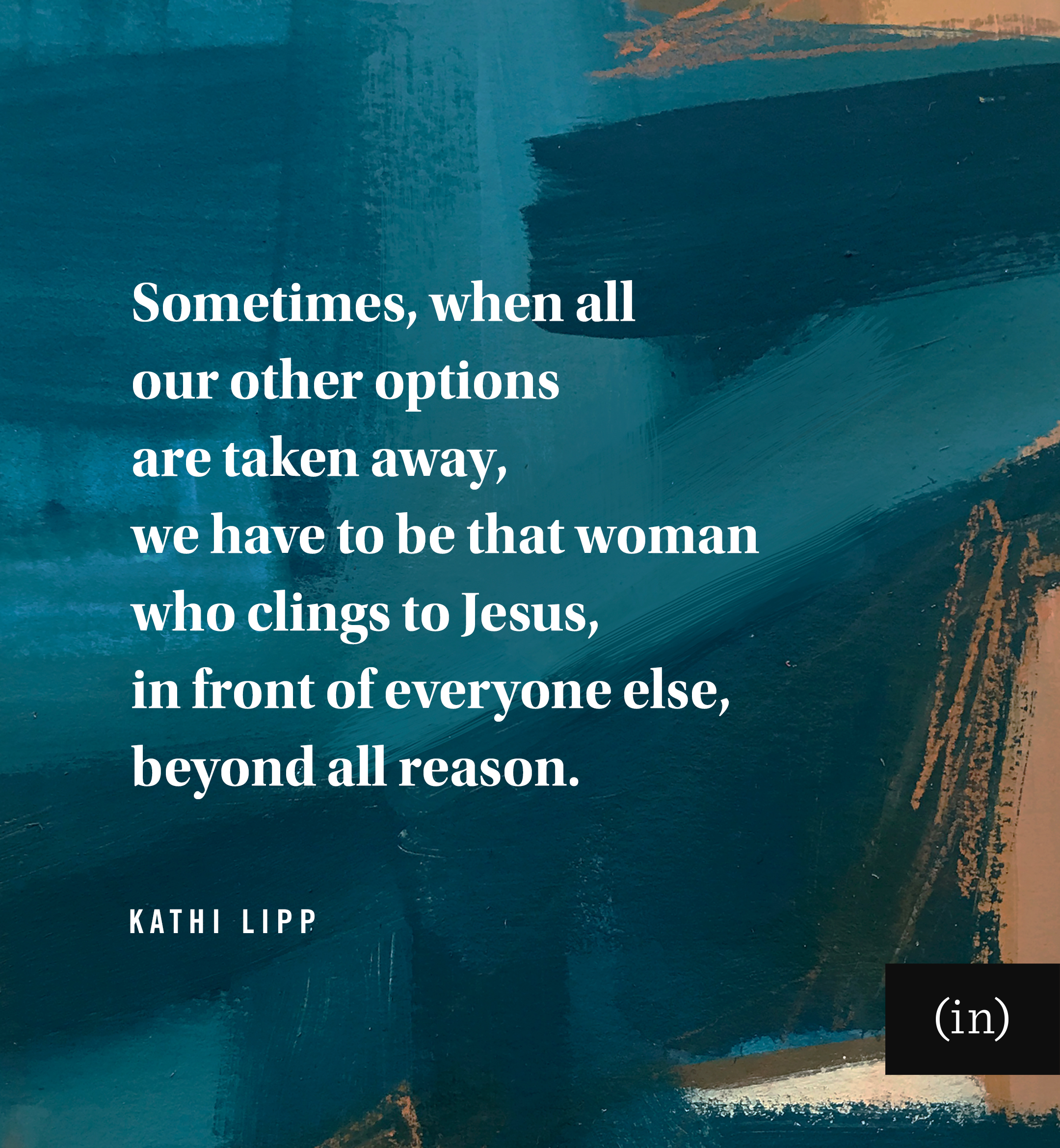 I had a very bad fourth grade teacher.

I transferred from the elementary school I’d attended my entire little life and moved to a new school in the middle of the school year. This school was an academically advanced school, and in the first week, it was apparent I was completely in over my head.

I hadn’t learned any of the math at my last school that everyone in this class had mastered. Mrs. B proclaimed to the rest of the class, “No, we can’t move on because Kathi hasn’t mastered the basics yet.” It was humiliating to be called out in front of the whole class, and at the same time being told we, as a class of thirty-two students, couldn’t move on to the next math book because I wasn’t “getting it.”

Mrs. B called my mom in for a conference to tell her I should probably not be in her class and should be put in a remedial class or go back to third grade.

I was no star student at my last school, but I had held my own and read about every book in the library. So when Mrs. B used words like “stupid,” my mom wasn’t standing for it. Mom insisted I get standardized testing. Mrs. B wouldn’t send in the request for it, so my normally just-go-along mom made a beeline to the principal to insist I get tested.

The results? I was given ways to get caught up in math. Plus, I was sent to the extra program for “gifted and talented” students. It wasn’t that I couldn’t learn; I just hadn’t been given the opportunity — yet.

Mrs. B. continued to resent my presence in her class. And my mom continued to fight for me on every front so I would not be labeled (by myself or others) because of one bad teacher.

When it was time for my little brother to be placed in the same class, my mom was having none of that. She grabbed her sleeping bag and camped out in a long line at the new elementary school to make sure my brother would get a slot. The sleeping bag ploy worked. The same year I graduated from elementary school, my brother transferred, and our family never had to deal with Mrs. B ever again.

Oh, the things we will do when we are desperate.

Those actions — taking her case to the principal, insisting on getting me tested, and camping out overnight in front of an elementary school — remind me that sometimes we need to take extreme action to get extreme results.

My mom’s actions told me I was worth fighting for — that my little child heart and mind were worth protecting from someone who was probably going through her own stuff but wasn’t emotionally trustworthy with the soul of a child.

My mom reminds me of my favorite woman in the Bible — the bleeding woman.

As Jesus was on his way, the crowds almost crushed him. And a woman was there who had been subject to bleeding for twelve years, but no one could heal her. She came up behind him and touched the edge of his cloak, and immediately her bleeding stopped.
Luke 8:42-44 (NIV)

Why is she my favorite? Because she took desperate actions and advocated for her own life.

Other parts of the gospel say the woman with the issue of blood had spent all her money on doctors and healers.

She had been bleeding for years.

She had been sick for years.

She was out of time.

She was out of money.

She was out of energy.

And this desperate woman needed a miracle.

So she did what would have been unthinkable (especially in her time) and literally pushed people out of the way to be able to touch the hem of Jesus’ garment.

And, like the bleeding woman, often it’s time to run straight to Jesus.

When it comes to advocating for my own health, for the well-being of the people I love, I need to be less concerned with the temporary, perceived comfort of others and be more focused on the heart of Christ in all things.

Sometimes, when all our other options are taken away, we have to be that woman who clings to Jesus, in front of everyone else, beyond all reason.

Desperate looks different for all of us. For some of us, it means taking your case to the principal or camping out in front of a school overnight. For others, it’s putting aside what society thinks is the right way to do things and pushing others out of the way and going straight to the hem of Jesus.

Have you found yourself in a desperate situation recently? What sort of opposition do you need to push out of the way to get to Jesus?

Need to push away overwhelm? An Abundant Place is a daily retreat for women who can’t get away.

Sometimes, when all our other options are taken away, we have to be that woman who clings to Jesus, in front of everyone else, beyond all reason. -@kathilipp: 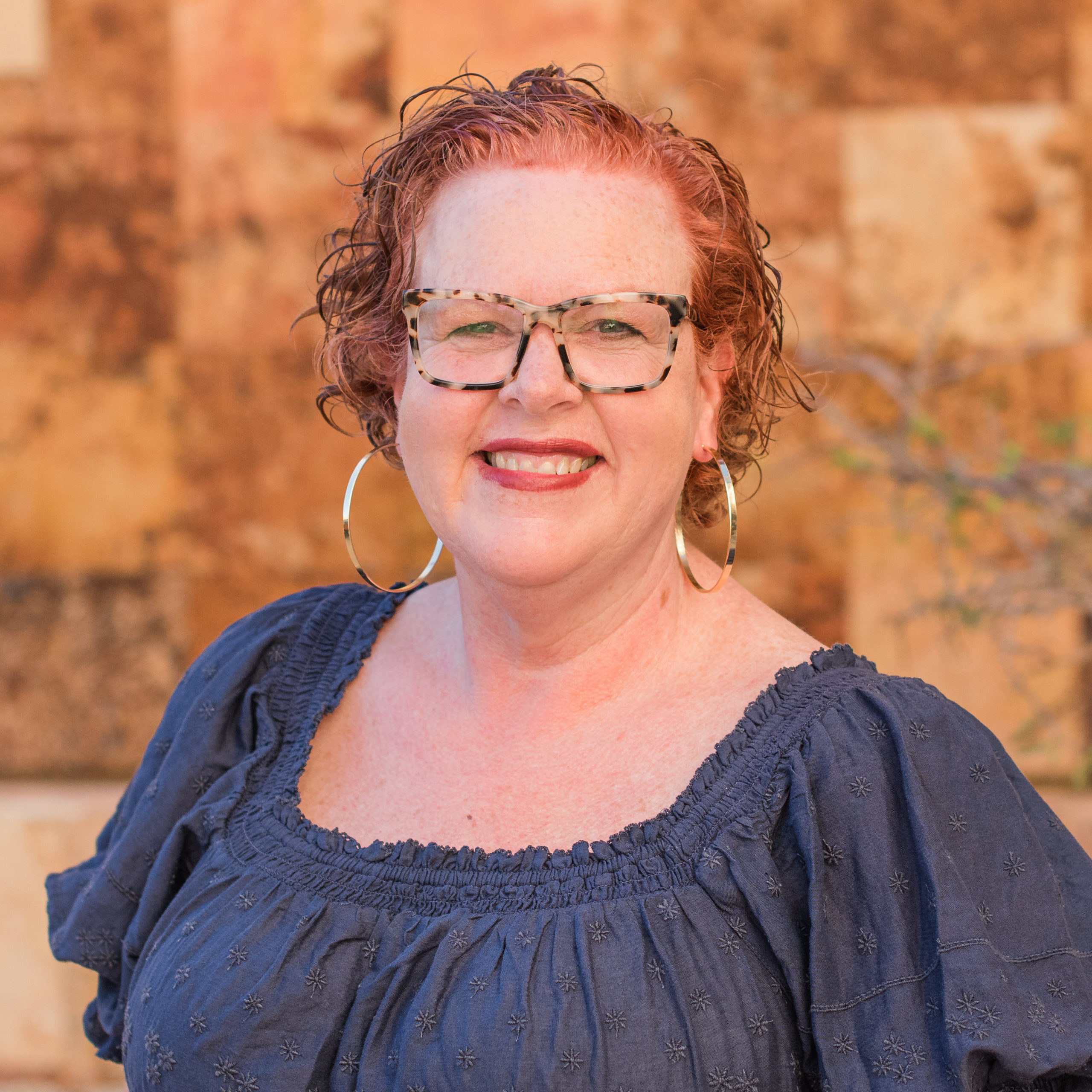 Kathi lives with Roger and a bunch of chickens in the Sierra Nevada Mountains of California. There they host writer retreats, and Kathi writes about how to do life with God a little closer today than yesterday. She’s a best-selling author and absolutely loves her Clutter Free Community on Facebook.