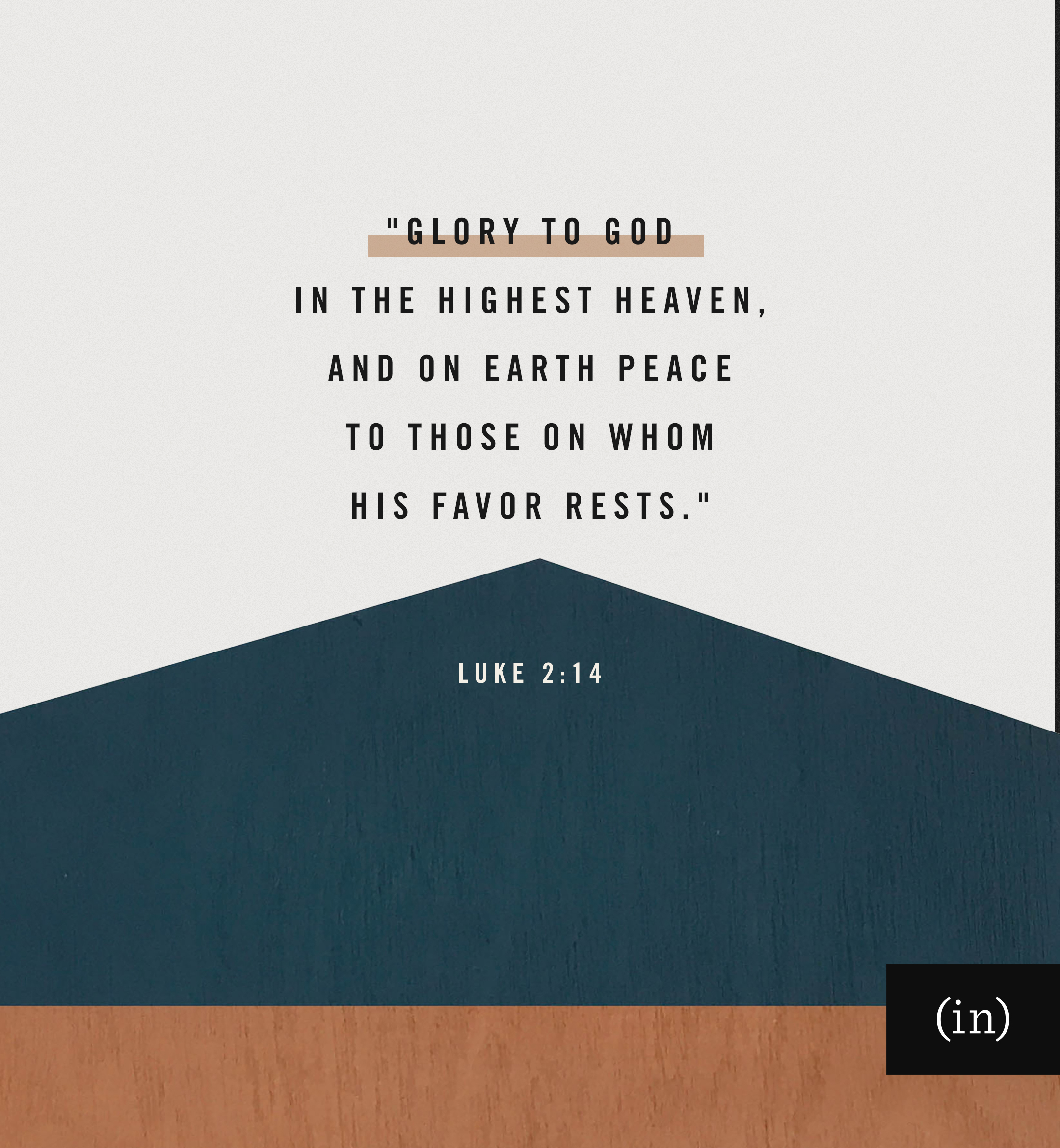 In those days Caesar Augustus issued a decree that a census should be taken of the entire Roman world. (This was the first census that took place while Quirinius was governor of Syria.) And everyone went to their own town to register.

“Glory to God in the highest heaven,
and on earth peace to those on whom his favor rests.”

So they hurried off and found Mary and Joseph, and the baby, who was lying in the manger. When they had seen him, they spread the word concerning what had been told them about this child, and all who heard it were amazed at what the shepherds said to them. But Mary treasured up all these things and pondered them in her heart. The shepherds returned, glorifying and praising God for all the things they had heard and seen, which were just as they had been told.
Luke 2:1-20 (NIV)

On this holy night as we anticipate Christmas in the morning, may you let these ancient words sink deep into your soul. This is the story of new beginnings, of hope in the middle of winter, of joy in the midst of chaos. It’s a story that meets us where we’re at and invites us into a miracle.

So no matter where your heart is today, pause, reflect, and rest in the story of the shepherds and the straw, of new decrees and new parents, of heavenly hosts and a baby King. May the twinkling glory of Christmas Eve breathe peace and life into your heart today.

May the twinkling glory of Christmas Eve breathe peace and life into your heart today.