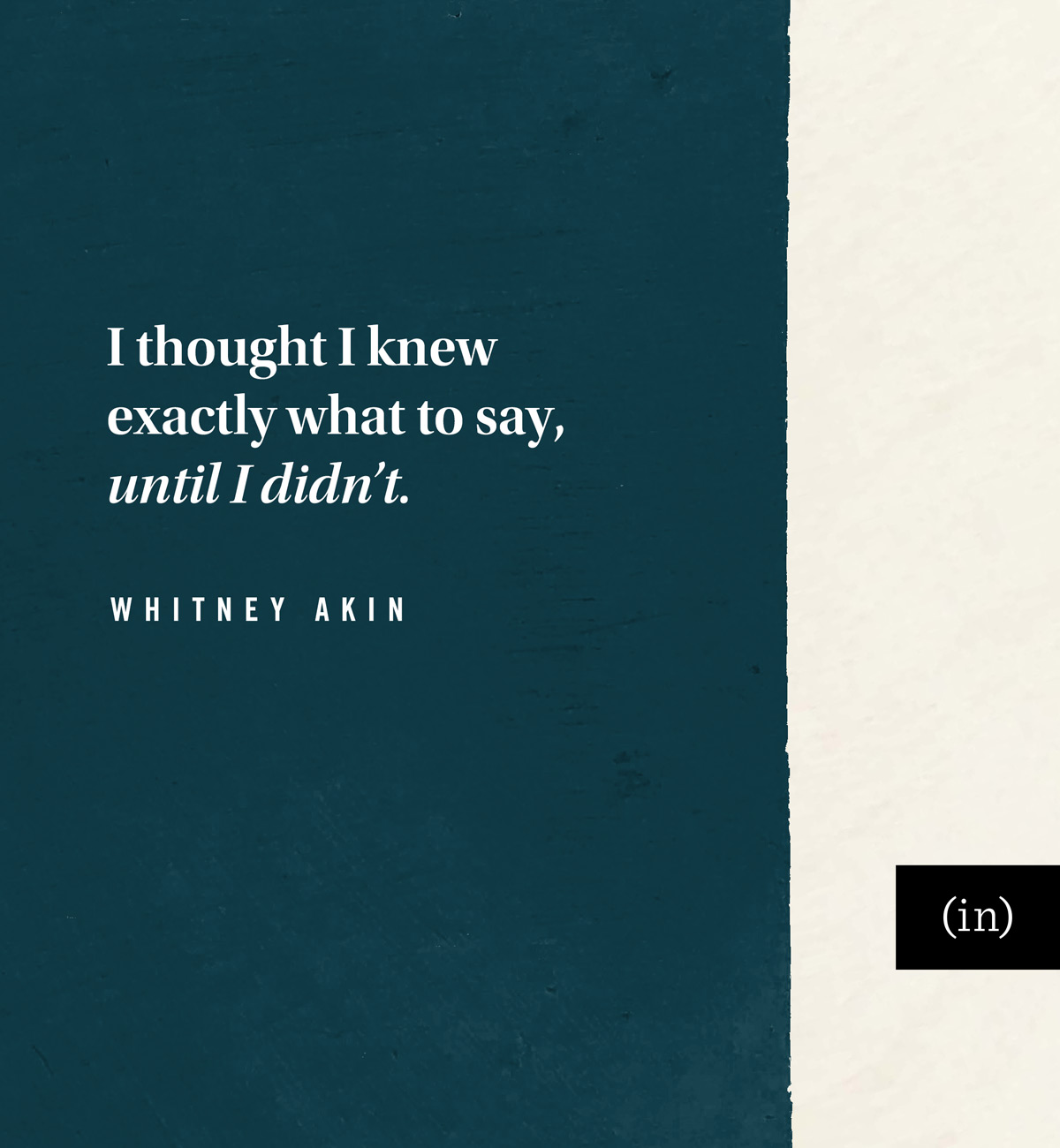 I was the friend who said the wrong thing. It was a text on a random weekday, a back and forth conversation about a sensitive subject. My words weren’t ugly; I repeated a familiar Scripture meant to encourage. But, as texts are prone to do, it lacked the nuance and compassion I intended to convey, and I hurt her deeply.

Like a broken thread on the hem of a dress, our friendship began to unravel. I apologized profusely and tried to fix my words with more words. My fumbling delivery was fearful and hesitant as I delicately tried to avoid making things worse. Her hurting heart became distant, and our friendship grew cold and unfamiliar. I exhausted every prayer, every apology, every word, but I couldn’t fix it.

I was heartbroken that I had hurt her and horrified that had I turned into that girl — the one who’s tone deaf to other’s sufferings, the one who’s too selfish to see the other side of an experience, the one that slaps on a Scripture when someone really needs a hand to hold.

I’m sensitive and thoughtful. I use my words to encourage. I shake my head in disapproval when I hear testimonies of thoughtless statements spoken in delicate situations and wonder, How could people be so cruel? I’ve journeyed through infertility, a season of grief notably scarred by the deep sting of well-meaning words.

I thought I knew exactly what to say, until I didn’t.

The loss of our friendship led to a season of intense self-doubt. I avoided texts and obsessed over my responses. I doubted my ability to encourage other friends and refrained from interjecting into difficult conversations. I experienced crippling guilt. I anxiously replayed our last few conversations in my head, trying to figure out what I should have done differently. I felt the need to apologize for every fragile word I spoke. My insecurity threatened to silence me.

My poorly picked words reminded me of Peter in Matthew 16:22. Just verses before, Peter experienced a moment of honor as he confessed that Jesus was the Christ, the Son of God. Peter spoke from his heart and said all the right things. Jesus responded with a prophetic blessing over him. But in verse 22, after Jesus foretold His own death, Peter misread the situation.

And Peter took him aside and began to rebuke him, saying, “Far be it from you, Lord! This shall never happen to you.”
Matthew 16:22 (ESV)

Though he was well-meaning, Peter got it wrong. This time, Jesus’ response wasn’t a prophetic blessing but a stern correction.

Matthew moves on from there, and we don’t see Peter’s reaction. But I imagine it might have been a little like my own: shocked that he could so easily become the disciple that said the wrong thing, shrinking in self-doubt after Jesus called him a “hindrance,” lost in a spiral of guilt at the realization that his perspective was all wrong. It was enough to make Peter never want to speak up again.

But without his voice sharing the gospel, recounting his experiences with Jesus, and leading the early church, where would we be today?

Peter’s story shows us that Jesus doesn’t reject us because of our misspoken words. Just a few verses later Matthew describes the Transfiguration, when Jesus handpicked Peter, James, and John to experience a taste of heaven alongside Him. Jesus didn’t hold a grudge or pull away from Peter. He doesn’t reject us either.

But He does correct us. Calling out Peter’s words showed Jesus’ love and concern for Peter to understand the situation, gain the right perspective, and align his thoughts with God. When God corrects our hurtful words, He wants to help us, not silence us.

This isn’t the only instance in the Bible when Peter got it wrong. My text won’t be the only time I unintentionally hurt a friend. Maybe you know what it feels like to say the wrong thing, too. We can struggle to navigate the powerful responsibility of our words, and while we won’t always get it right, God is willing to correct and redeem every misstep. Like with Peter, He keeps giving us second chances. Our responsibility is to have a humble and repentant heart, willing to receive correction and ready to learn from our mistakes.

Although I haven’t found reconciliation with the friend I hurt that day, I am so thankful Jesus has corrected me, redeemed my guilt, and reminded me that, by His grace, He can still use my words for His glory.

We can struggle to navigate the powerful responsibility of our words, and while we won't always get it right, God is willing to correct and redeem every misstep. -Whitney Akin: 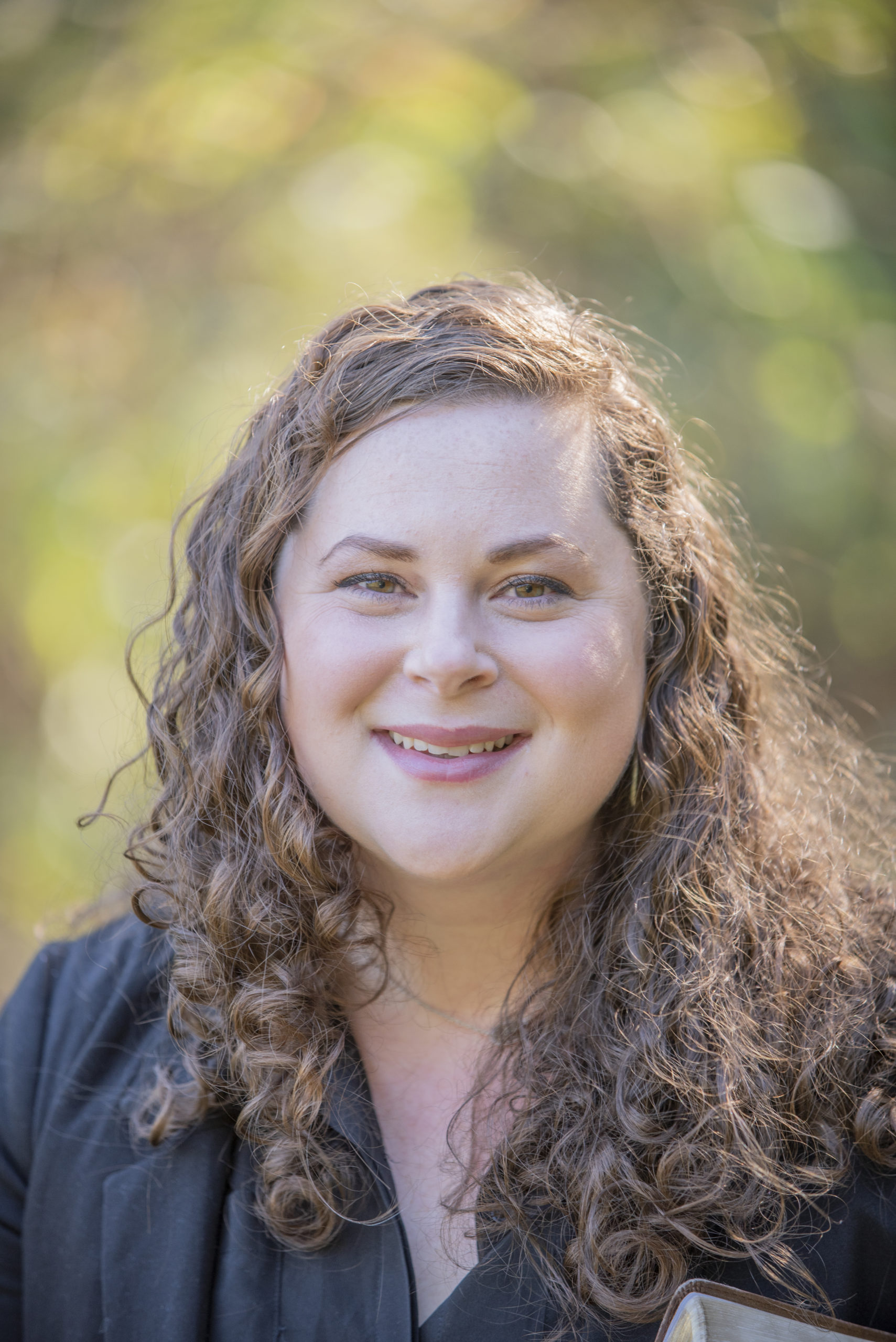 Whitney Akin is a writer, speaker, wife, and mom. Her heart is to help women who feel overlooked live seen by the God who loves them. Whitney is passionate about using her writing and speaking to teach the truth of God’s word and encourage women to draw closer to Jesus.