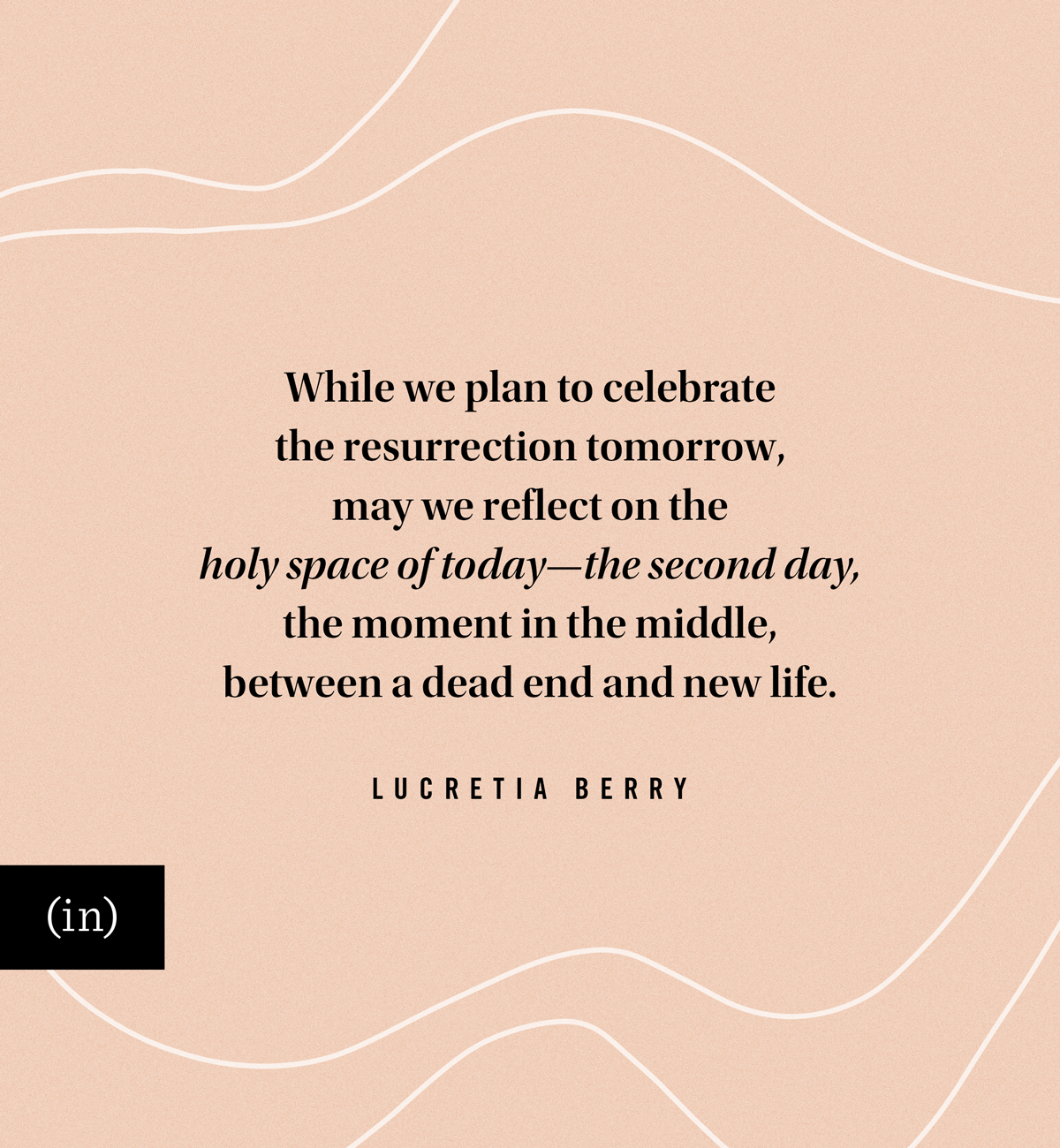 Here we are, in day two — suspended between grieving death and anticipating new life. Unlike Mary and the disciples, who two thousand years ago, lived through the grief of what happened on that Friday, we are living post resurrection, in the resurrection. We can grieve the cruelty of the crucifixion while celebrating the gift that followed.  We have already embodied what happens tomorrow on the third day.

We know the story: The betrayal. The arrest. The cruelty of His crucifixion. Death lurking. His bellow, “My God, My God, why have you forsaken me?” His final breath. Death consuming. The shock and hopelessness of His followers. The burial. Death’s victory. Disbelief and disappointment. And behold the third day — resurrection. Death defeated! A new day.

I used to wonder what day two felt like — the time between devastation and restoration. But then I realized that we’ve all been in second-day situations at some point in our lives. We’ve felt shackled to unbearable grief, pain, or a dead end. When my aunt was murdered, I felt bewildered and without the ability to make sense of the senseless tragedy. Injustices simmered. I still can’t make sense of it. After my miscarriage, the bewilderment was excruciating. I had no desire to hope for another pregnancy, especially if that pregnancy might return me back to the pain of loss.

In second-day circumstances, there is no fertile ground for hope to take root. There is no substance, sustenance, or fortitude for forward movement. In a second-day situation, we feel stuck. Our circumstances feel final. Our life feels futile. Our ability to imagine a brighter day is paralyzed. When we are at the end of a tragedy, we find it almost impossible to see that we may actually be in the middle of a trajectory.

In my early teen years, I was the embodiment of awkward and insecure. My identity or what I thought of myself was centered on all the wrong things — superficial, fleeting things. But those temporary things were real and lasting to me. They felt massive and fatal. Each day felt like surviving a nightmare — only to wake up to live through another nightmare the next day. I deemed my life inconsequential. I concluded that I was a disposable leftover from my parents’ divorce. Daily, grief consumed me. I dreamed of ending my life. Leaving my life consumed my thoughts.

One evening, while my youth group leader was teaching, I zoned out. In the moment, I had no idea what Scripture or Bible lesson he was teaching. As I sat among a crowd of teenagers, he turned, looked directly at me, and said, “And that’s why you can not commit suicide.” I was stunned into paying attention! He then went on to talk about the relationship between life and purpose. Though the leader was speaking to a room of teenagers, I believed God was directly addressing me. God extended me an invitation to live through my circumstance, to not give up during the second-day, to peer beyond the devastation of the middle. I was awakened to the truth that God sees me and cares deeply for me.

As I reflected on the pain and confusion of those years, I decided to write a note of encouragement to middle school me to add a hope-filled perspective to her middle moment from where I stood today:

God knows your name. God created the cosmos to meet your every need. God designed you — uniquely crafted you. You are His masterpiece. You are no one’s leftovers. While the pain of your teenage years seems overwhelming, it is very temporary. However, this pain will leave an imprint of empathy upon you for others. Hold this second-day season loosely. The third day is coming, and you will need both hands to grasp all that it has for you.

While we plan to celebrate the resurrection tomorrow, may we reflect on the holy space of today — the second day, the moment in the middle, between a dead end and new life. Whether a breath, a day, or decades, there is holy space in between. And for those of us who have lived through second-day circumstances to experience a new day, may we be a source of hope and encouragement for those who are in the middle, waiting for the third day.

The only thing that is strong and secure enough for our hope is actually a person — Jesus. -@marycarver: https://t.co/RZA2jcpyGw https://t.co/QXq1I60bzi

When we are at the end of a tragedy, we find it almost impossible to see that we may actually be in the middle of a trajectory. -Lucretia Berry (@brownicity): 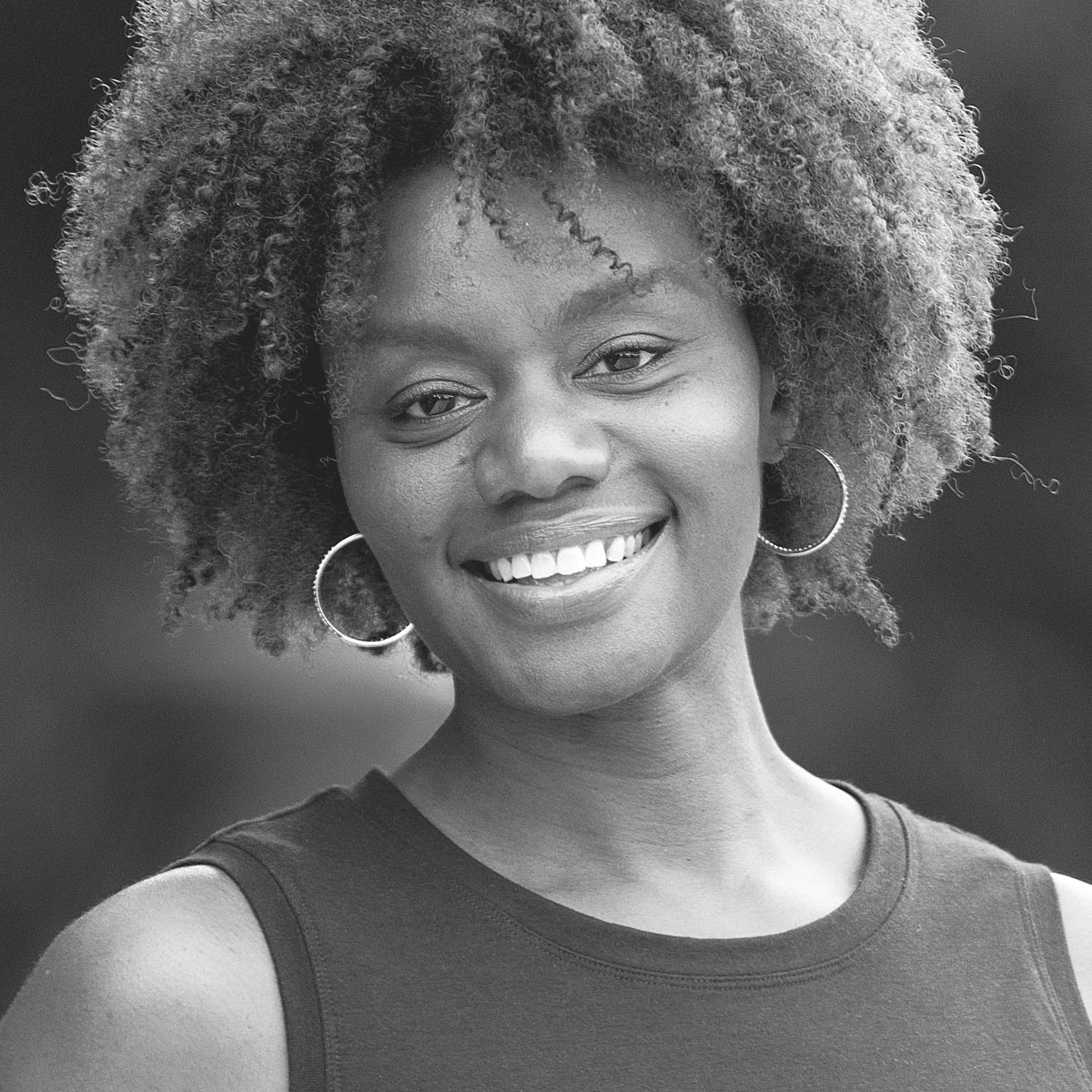 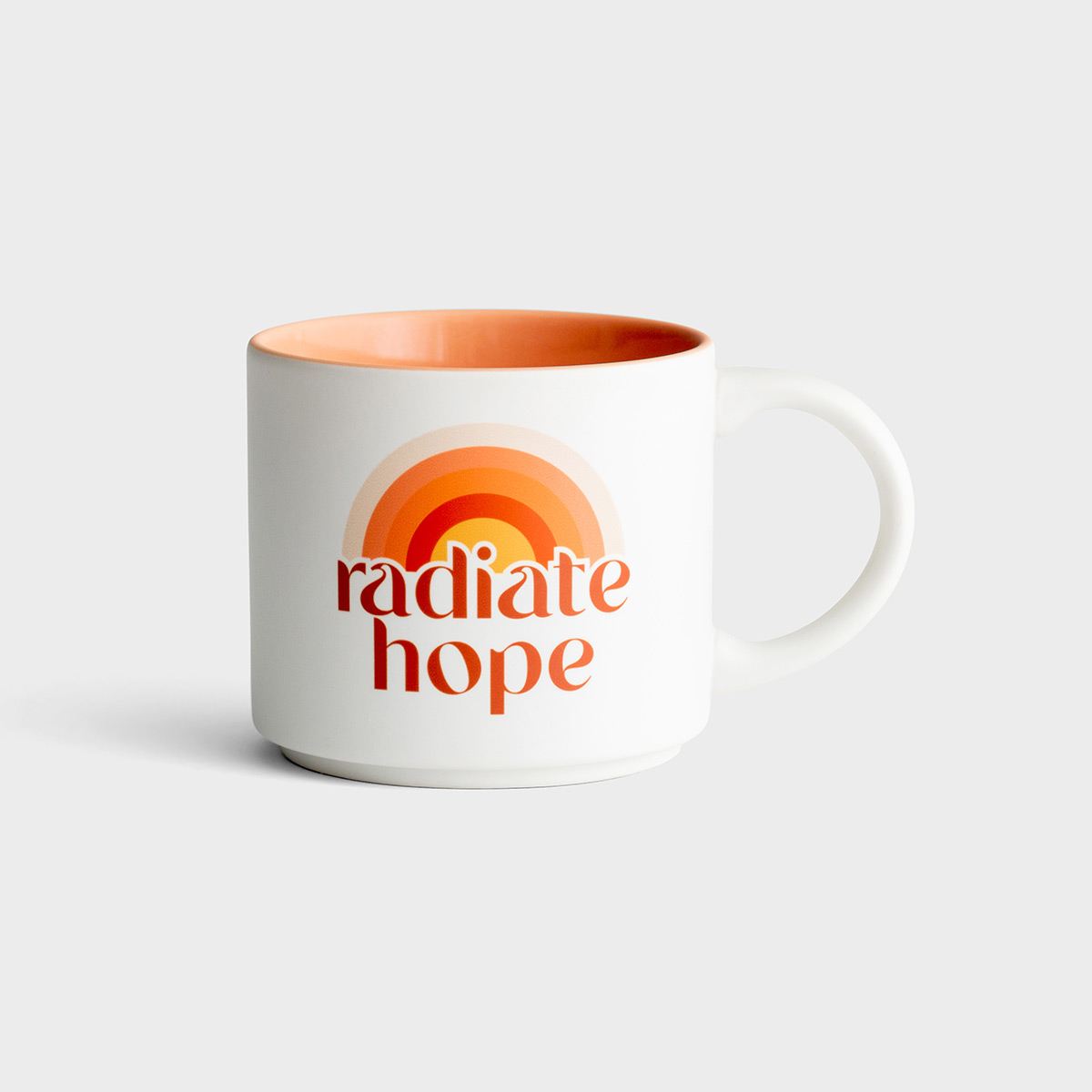