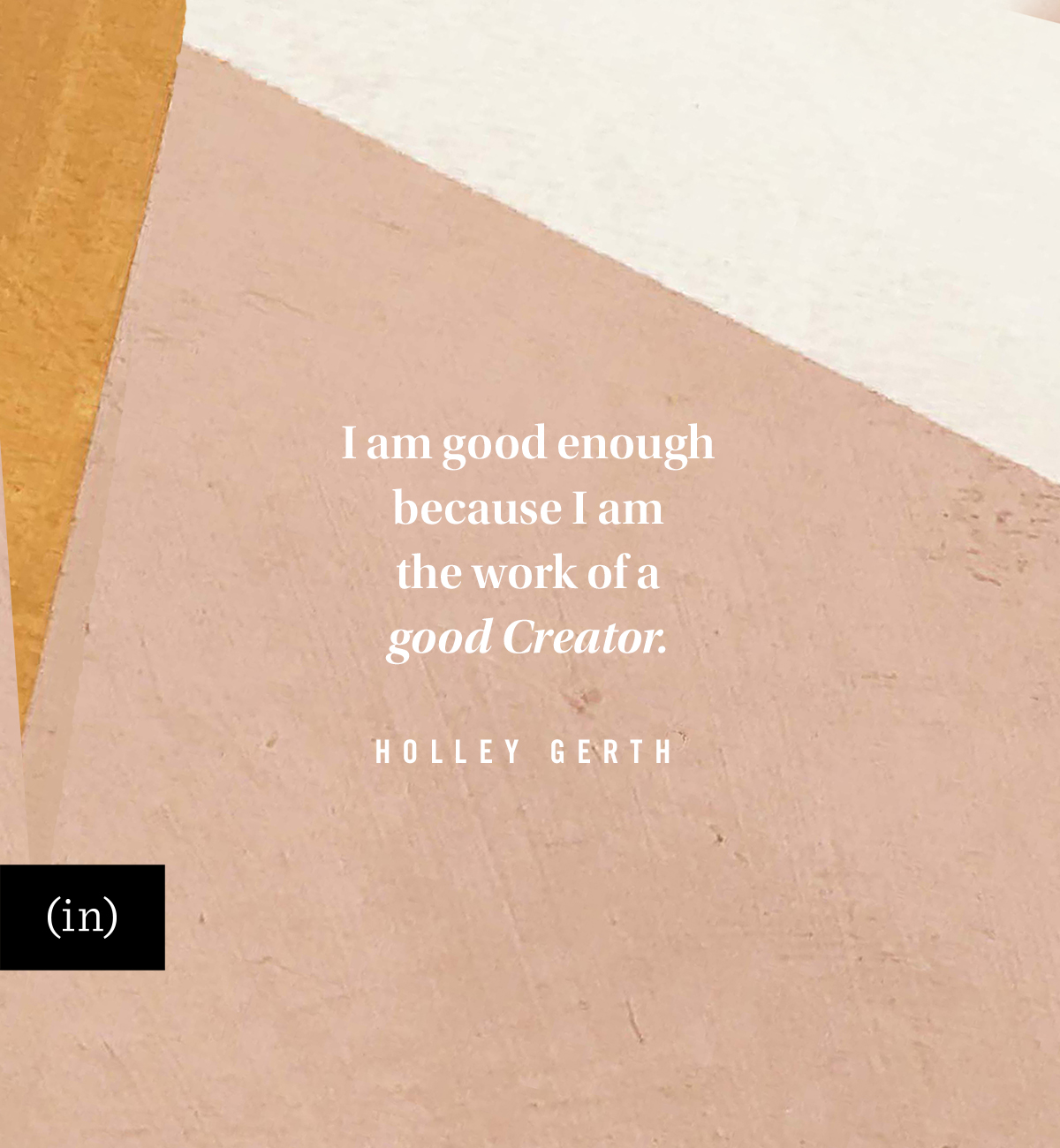 I bought myself a pack of gold stars today — just marched right into the craft store and claimed them. No one stopped me and said, “But you haven’t earned those. You can’t just go running around with gold stars for no reason at all.” I didn’t get locked up in imposter jail. The cashier looked entirely uninterested in my purchase.

This purchase was the culmination of months of me saying to Mark, only half joking, “I just want someone to tell me what to do and then give me a gold star for doing it.” With all the uncertainty in the world, I just want clarity followed by kudos. Is that too much to ask? I’m an expectations-meeter, and this past year has upended all expectations. How am I supposed to function without knowing the rules or what’s next? Maybe you’ve felt that way too?

I’m doing an online life coaching course as continuing education, and yesterday the instructor talked about how we all approach life either from a position of “good enough” or “not good enough.” He told the story of a CEO who came to him for coaching because he felt dissatisfied in his career. This CEO started out in the lowest position at the company and seemingly little to offer. But he worked hard and got a promotion, then another, and so it went until decades later he reached his current position.

“Why am I not happy,” the man wondered, “When I’ve been successful?” The problem, it turned out, was that he still didn’t believe he was good enough. He needed the next promotion as proof and when those ran out, when he reached his dream, instead of feeling satisfaction, he felt despair.

I thought about this later and how it felt a lot like my need for gold stars. “Just one more gold star,” I’d tell myself, “then I’ll feel okay about who I am.” I’ve had my share of spectacular failures, but I’ve also had enough success to make those promises to myself start sounding hollow. Yes, maybe for a few minutes or a day I’d feel a little better, but the insecurity would always come back.

I realized being “good enough” couldn’t be based on emotion for me, or it would forever remain elusive. It had to be a decision. But, if so, a decision based on what?

We have a pond behind our house, and every day on my walk I pray, “God, thank You for the bullfrogs.” And every day I mean it. These frogs don’t do anything productive, have won no awards, do not tweet (that I know of), and yet I’m enamored with and grateful for their froggyness.

Maybe bullfrogs aren’t your thing but you’ve probably experienced something similar. The birdiness of birds, the beachiness of the beach, the part of every created thing that brings us joy simply because it is.

It is this essence of who I am that makes me enough, that makes you enough. I am good enough because I am the work of a good Creator. I am good enough because of the mysterious work Jesus did on the cross that made all things right, including us. I am loved for the Holleyness of Holley. You are loved for the youness of you. That is it. That is all. 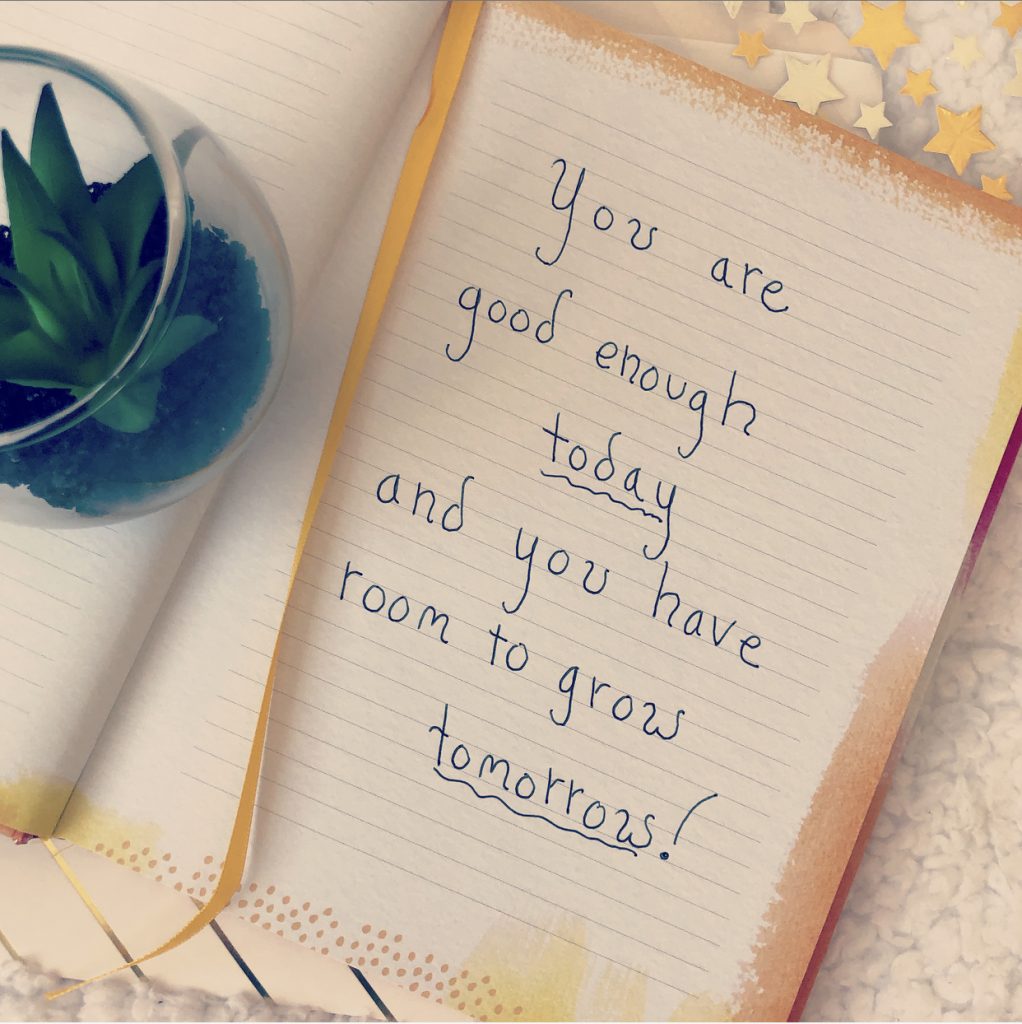 I am deciding to believe this no matter how I feel. So today I drove myself to the store and bought a packet of gold stars just to show I didn’t need anyone else to give them to me. When I got home I wrote on a little tablet, “I am good enough today, and I have room to grow tomorrow.”

That’s what the gold star junkie in me, who sometimes gets lost from grace, who thinks she has to prove her worth, who forgets that she’s loved not for her “excellence” but her divinely-created essence, really needs to know.

Yes, we are good enough today because God says so, and we have room to grow tomorrow.

We are good enough today because God says so, and we have room to grow tomorrow. -@HolleyGerth: