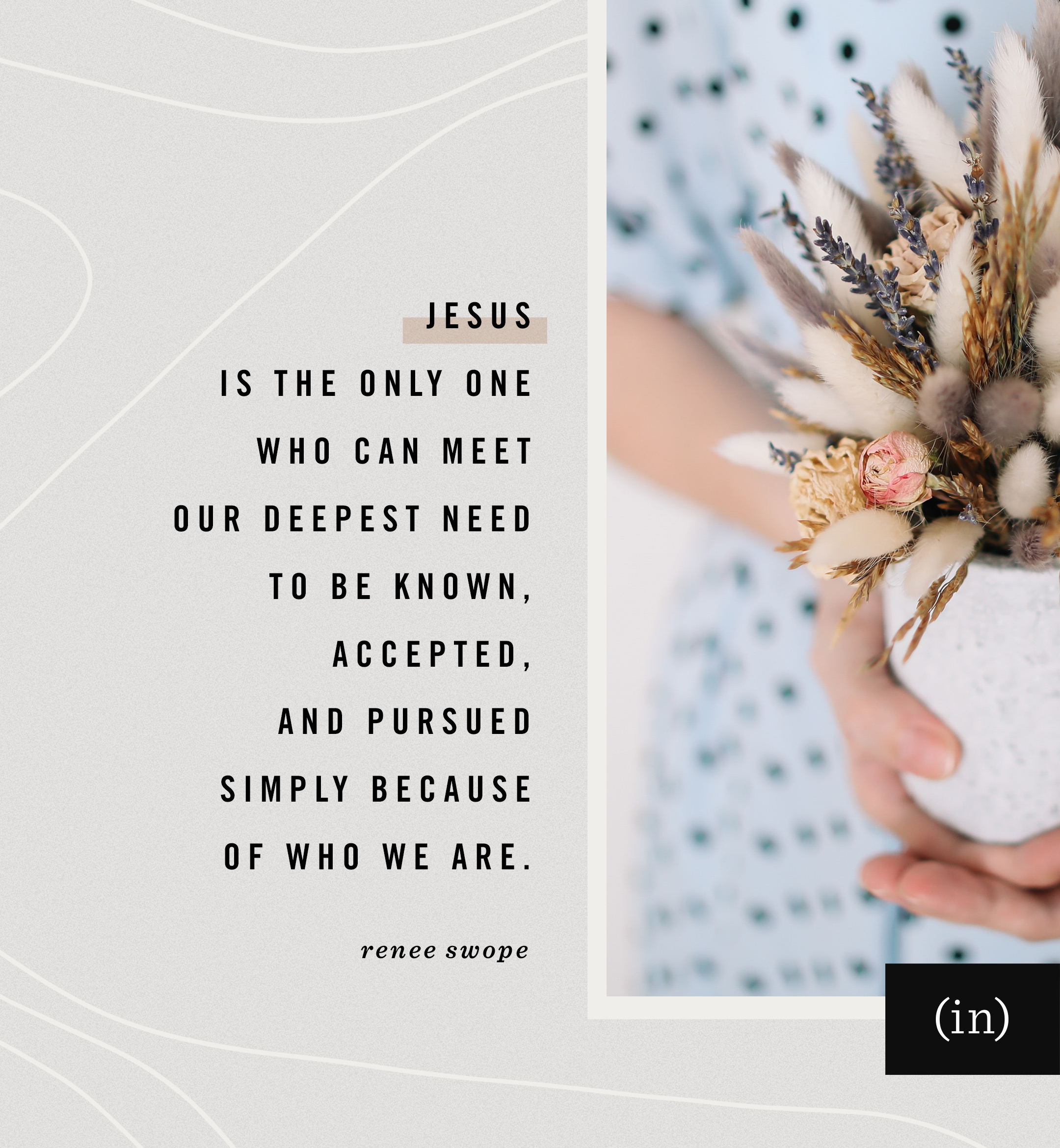 Alone again. That’s how she must have felt as she walked to the well by herself that day.

But she wasn’t alone for long. Jesus was waiting for her there, in the place where He knew she would soon be. She had no idea who He was and didn’t understand why He was talking to her and asking her to give Him some water. First off, He was a man, and men didn’t talk to women in public. He was also Jewish, which was obvious by what He was wearing, and Jews didn’t associate with people like her.

When He spoke, she heard gentleness in His voice, kindness and humility in His simple request for a drink.

In His eyes, she saw acceptance not judgment, pursuit not avoidance, love not hate.

Many of us know her as the Samaritan woman, but years ago I decided to start calling her Sam to make her feel more like the real woman she was. A woman just like me. A woman who who struggled with hurt, rejection, and loneliness. A woman who needed to be pursued and loved, despite her failures and her flaws.

Jesus was on His way to Galilee that day, but Scripture tells us “He had to go through Samaria” (John 4:4). Yet theologians would tell us Jews considered Samaritans to be the scum of the earth and would do everything they could to go around Samaria — but not Jesus.

He had to go through Samaria. I believe it was because He knew Sam would be there.

Women usually traveled to the well together in the cool of the day to avoid the heat of the sun since they carried heavy jars filled with water back to their homes. But Sam went by herself, during the hottest part of the day.

Instead of avoiding the scorching heat of the sun, it is likely Sam went to the well at noon to avoid the scorching pain of others’ judgment, slander, and rejection. Having been married five times and currently living with a man who wasn’t her husband, Sam knew how painful it was to have others say unkind things about you and to you.

Jesus knew as well. He also knew, that while Sam was running an errand that day, she was also running from those who knew of her failures, shame, and imperfections. Pursuing her with His perfect love, Jesus timed it so she would run into Him.

He initiated conversation and asked her for the only thing she had to offer, a drink of water. It wasn’t much, but it was the beginning of a conversation that changed everything for her. Yet it wouldn’t have happened if Sam had decided to give Jesus some water and get back to her to-do list.

Sam stopped, and she stayed. She let time unfold into a meaningful dialogue, not knowing Jesus would speak the very words of assurance, understanding, and acceptance her heart needed to leave a life that left her so empty.

Jesus intentionally pursued Sam in one of the loneliest parts of her day, and in the same way, He pursues us in the midst of our sometimes lonely and imperfect lives.

He is there during endless days filled with projects, Zoom calls, online schooling, diapers, or laundry when you’re wondering if you’ll ever find structure or meaning in the monotony of it all.

He is there when you’re criticizing yourself and questioning whether you have what it takes to be a godly woman, wife, mom, or friend.

He sees you. He notices all you do. And He knows what you long for.

Jesus is the only One who can meet our deepest need to be known, accepted, and pursued simply because of who we are.

And today, He wants you to know this: He is pursuing you with the gift of His perfect love — love that is patient and kind, love that keeps no record of your wrongs, love that won’t give up on you or me.

Wherever you are, whatever you are doing, you are not alone. Jesus is there.

Jesus is the only One who can meet our deepest need to be known, accepted, and pursued simply because of who we are. -@ReneeSwope: