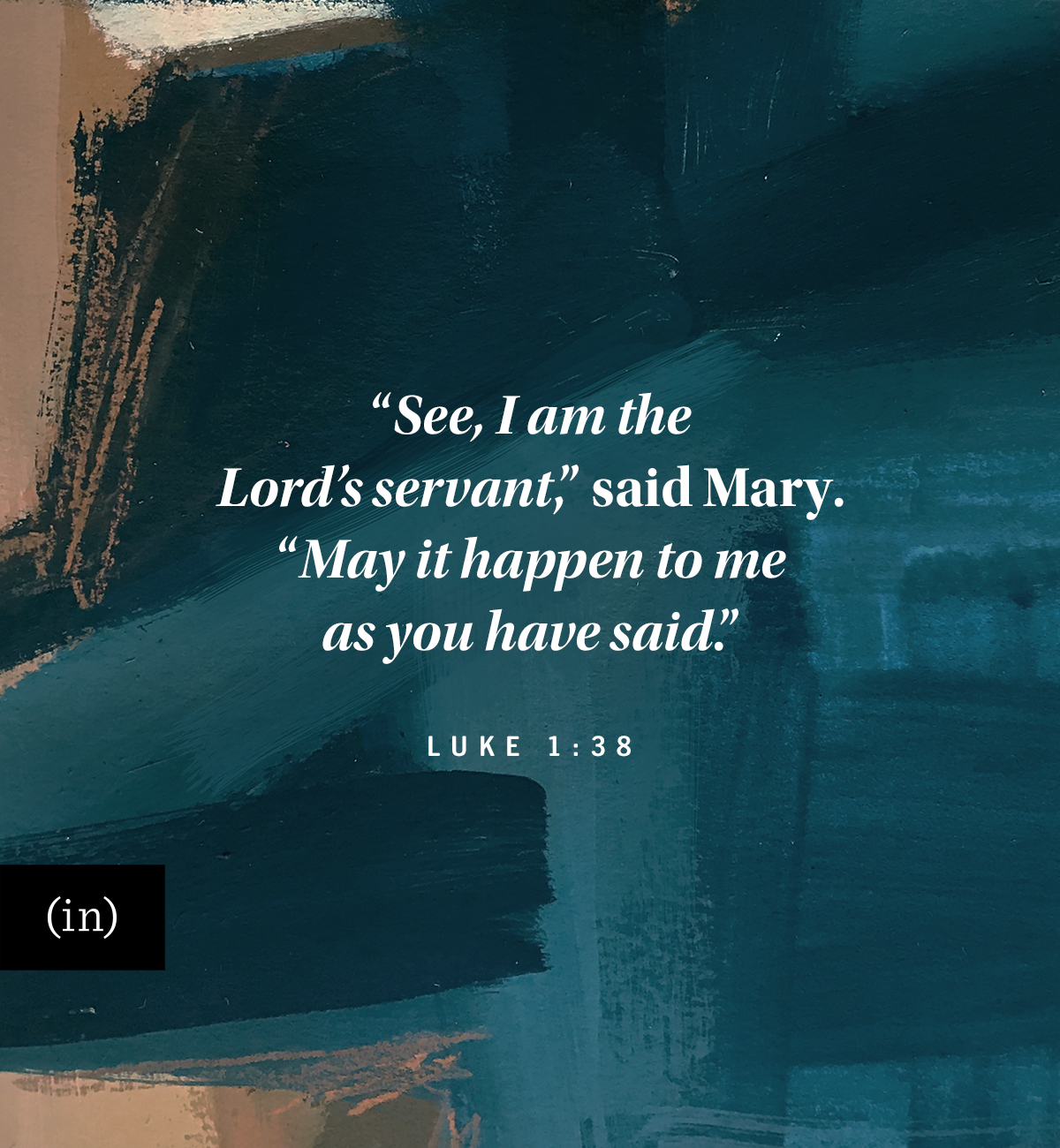 In the sixth month, the angel Gabriel was sent by God to a town in Galilee called Nazareth, to a virgin engaged to a man named Joseph, of the house of David. The virgin’s name was Mary. And the angel came to her and said, “Greetings, favored woman! The Lord is with you.” But she was deeply troubled by this statement, wondering what kind of greeting this could be. Then the angel told her, “Do not be afraid, Mary, for you have found favor with God. Now listen: You will conceive and give birth to a son, and you will name him Jesus. He will be great and will be called the Son of the Most High, and the Lord God will give him the throne of his father David. He will reign over the house of Jacob forever, and his kingdom will have no end.”

Mary asked the angel, “How can this be, since I have not had sexual relations with a man?”

The angel replied to her, “The Holy Spirit will come upon you, and the power of the Most High will overshadow you. Therefore, the holy one to be born will be called the Son of God. And consider your relative Elizabeth — even she has conceived a son in her old age, and this is the sixth month for her who was called childless. For nothing will be impossible with God.”

Her posture of acceptance, obedience, and fierce courage was one of open hands and a trusting heart. Though she had no precedent to look back on to guide her in this situation, though the calling to bear the Messiah was heavy and huge, she knew the voice of the Father. She was willing, and she entrusted herself completely and wholly to Him.

As we continue to wait for Christ to return, may our posture be like that of Mary’s, His mother. May we be courageous and willing to say yes to God’s Word to us.

How can we pray for you?

Today, as we hold space for one another in prayer, tell us one thing God is inviting you into in this season or in the upcoming year. It may be vulnerable to type it out, so no pressure if you don’t want to. As we share our callings, dreams, and the Holy Spirit’s nudging words to us, write prayers of encouragement and affirmation for the person who comments before you.

As we wait for Christ's return, may our posture be like Mary's, His mother. May we be courageous and willing to say yes to God's Word to us.