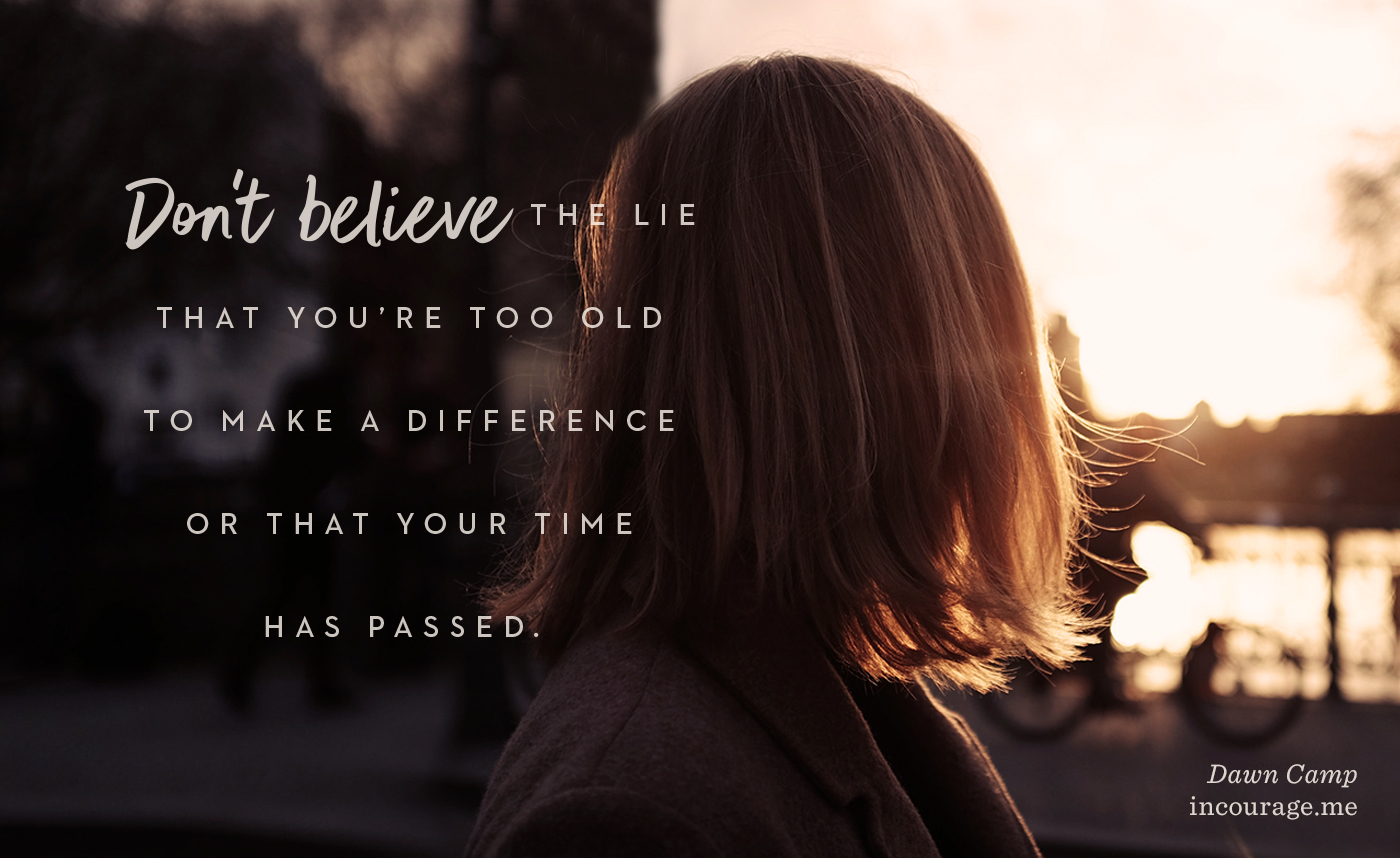 When I graduated college at twenty-four years old with a husband and a toddler, I felt so old. Shouldn’t I have been finished by twenty-two? Apparently you don’t age dramatically between twenty-two and twenty-four, as I had imagined. As a young wife and mother, the timing was perfect for me and my family situation.

When I was told in my mid-twenties that you should have all your children before the age of thirty-five, that made sense because who would have babies when they were that old? Apparently I would. I delivered my three youngest children when I was thirty-five, thirty-seven, and thirty-nine. (Whoever decided on the label AMA — Advanced Maternal Age — for thirty-five-year-old pregnant women might have needed a course on sensitivity training in medical school.) My life would look radically different without those sweet blessings that joined our family when I was past the recommended age.

When I imagined my life beyond raising our eight children, I thought I would be too old to offer anything to the world, that I would be obsolete. Apparently those life experiences have given me something to say because I published my first book at age forty-nine and will have published six by the time I turn fifty-five next March. Sometimes it’s the knowledge we gain with time that fills our resume.

When my friend and her siblings grew up and left home, her mother decided to go to law school after years as a legal secretary. She graduated from law school and won the American Jurisprudence Award at fifty-one while working full-time, and now, at seventy-eight years old, she travels the country as a successful attorney who has worked in corporate law for over twenty years. She says, “People who think that life is over are just looking in the rearview mirror. If you have a voice and a choice, you have power.“ Apparently time doesn’t have to keep you from fulfilling your career goals.

When a friend of mine was in college, she failed algebra three times. Embarrassed by it, she labeled herself “bad at math.” At age forty, she started tutoring a class of eighth-graders one day a week, which included introductory algebra. She took it one lesson one week at a time, and as she recalls, “At forty, I had more patience, focus, and determination. I was no longer embarrassed about what I didn’t know or how I was going to measure up against anyone. I wanted to master it.” Apparently time and maturity can improve our desire to learn, our willingness to tackle new things, and our ability to understand some subjects.

When Sarah was ninety years old, God fulfilled the covenant He made with her husband Abraham, and she conceived her first child. Sarah had been so disappointed in her inability to produce an heir that fourteen years earlier she had offered her handmaid Hagar to Abraham, and Ishmael was born. Now, in her old age, Sarah was transformed from barren to blessed. Apparently, God’s promises can transcend expectation or reason. Do you have a dream that defies traditional logic? Entrust it to God.

I will bless her; indeed, I will give you a son by her. I will bless her, and she will produce nations; kings of peoples will come from her.
Genesis 17:16 (CSB)

Here’s the good news, friend: there’s no such thing as being too old to make a difference. There isn’t a perfect age to pursue dreams like having a child, finishing school, writing a book, or launching a career.

Don’t believe the lie that you’re too old to make a difference or that your time has passed. God’s plans and purposes for our lives don’t come with expiration dates. Let the knowledge and experience you gain in this life stage be the fuel that feeds the next as you pursue God and His will for you.

Was there a time when you believed your time had passed,
but the Lord had different plans for you?

Are you interested in cleaner living and improving your family’s health? Discover more about God’s gift of essential oils in Dawn’s new book It All Began in a Garden! Learn more and snag your preorder bonuses at itallbeganinagardenbook.com.

May we reach to learn beyond our current understanding, listening and hearing in a new way. And may we seek to see humanity as we were designed to be and continue the work toward change and freedom. -@brownicity: https://t.co/1xzBhZKh9Q https://t.co/CoRiIKLrak

God’s plans and purposes for our lives don’t come with expiration dates. -@DawnMHSH: 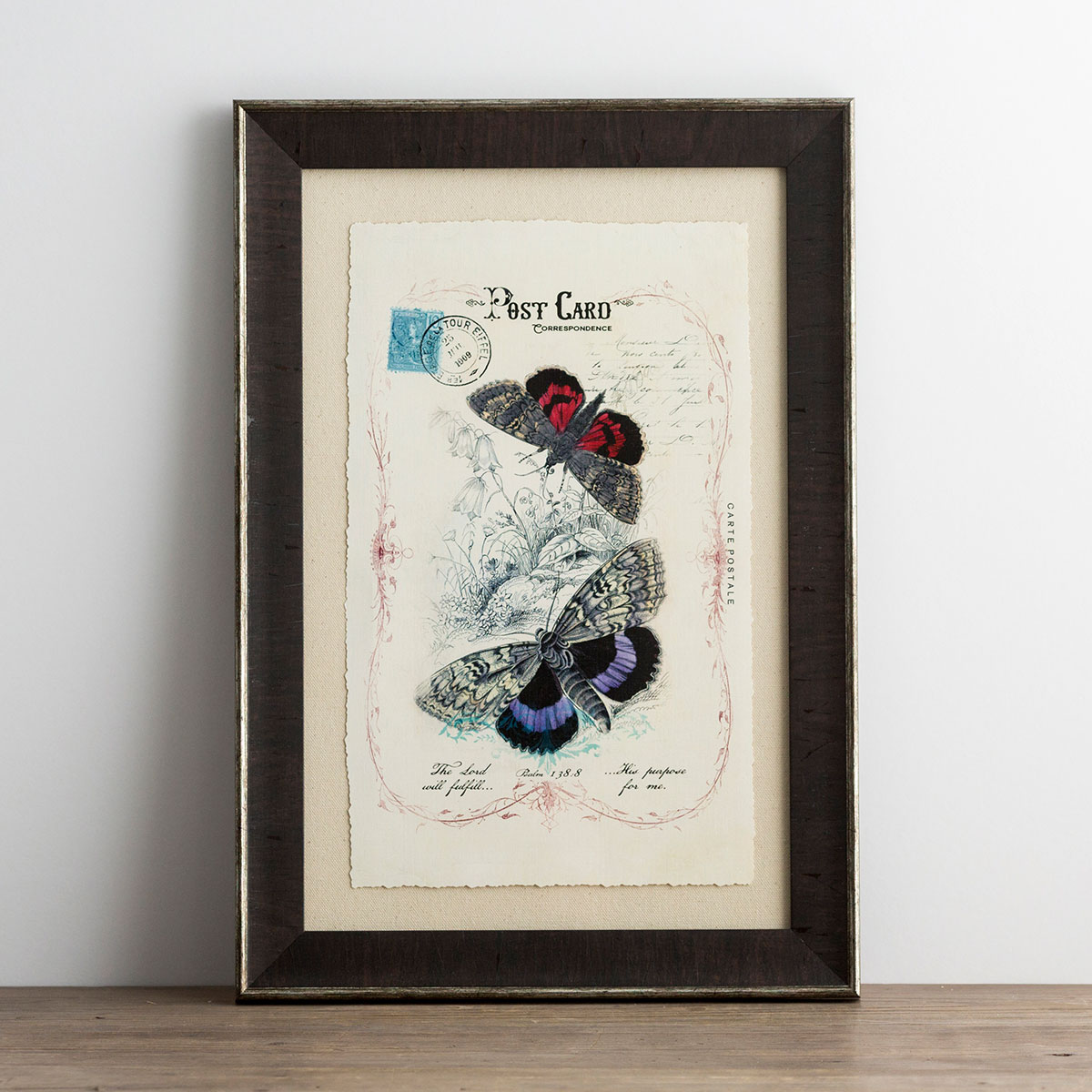 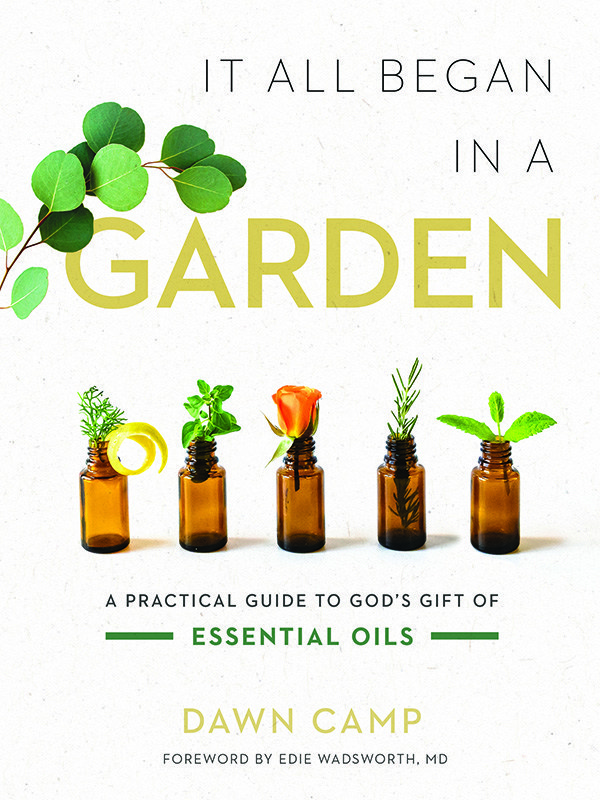