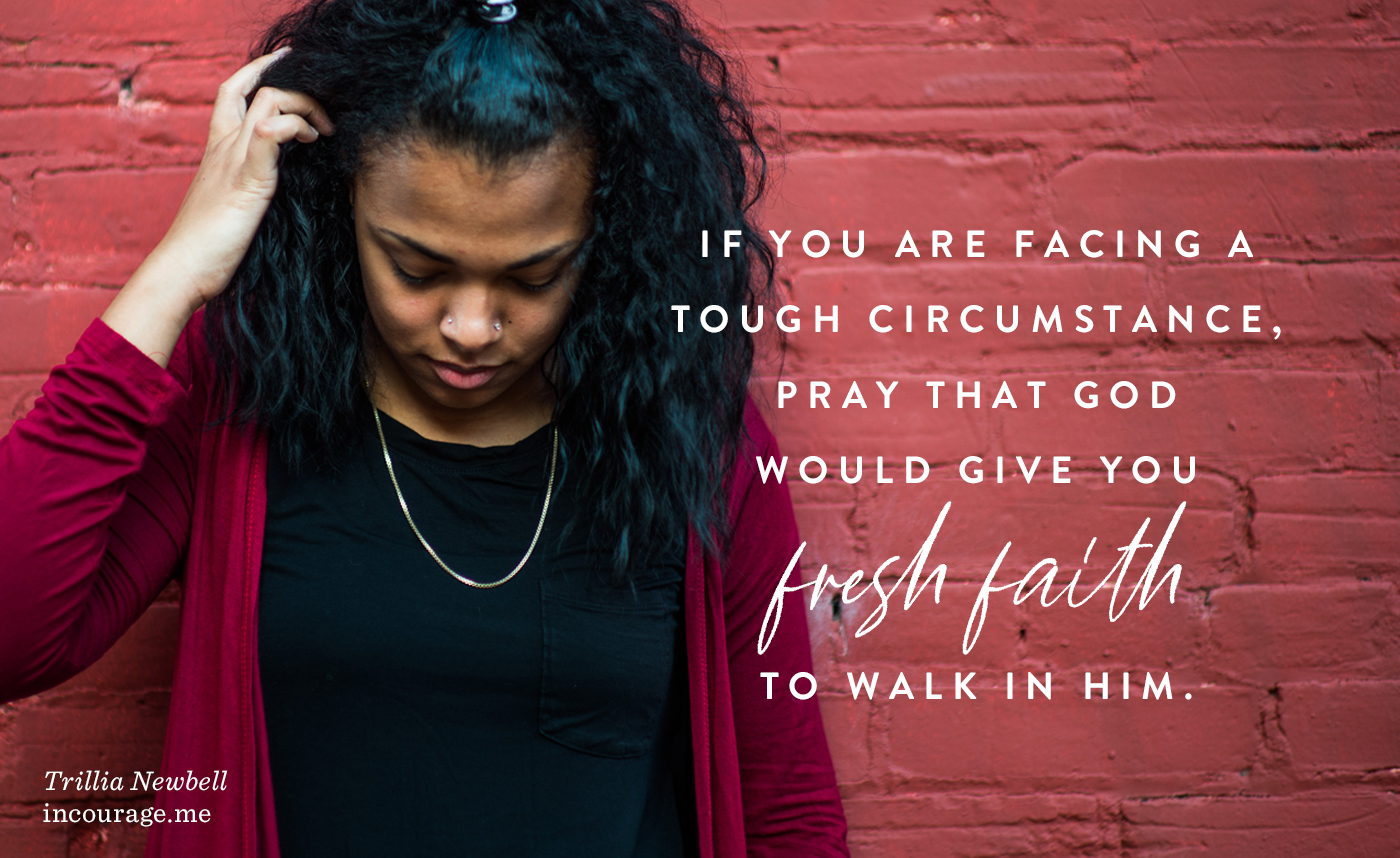 I remember the moment like it was yesterday. I got a call late in the evening that my oldest sister had passed away from heart failure. While her death and the events of that evening were swift, they felt like an eternity. It was the hardest news I’d been given since receiving a similar phone call about my father who passed away when I was nineteen years old. Loss of life is sobering. I hate it, and I know that it’s not what God originally intended for humanity. I also know that God loves us deeply and purely, and one day He will make all things new. The loss of my sister that I experienced wasn’t a loss of everything; I still had my home and my children. Yet in an extremely small way, I understand a taste of what Naomi must have felt as she faced the loss of her homeland, her husband, and her children.

Loss is something no one would ever wish for. The losses Naomi experienced were the ingredients for a tragic life. Naomi had fled her homeland with her husband and their two sons. While in Moab, tragedy struck and her husband died, leaving behind Naomi with her sons and her daughters-in law. Ten years later, her two sons also died. Naomi now had to lead her two daughters-in-law, Ruth and Orpah, to find food, shelter, and a new life without their husbands.

Naomi knew she couldn’t survive without returning to the land of Israel to find assistance from the community of her people (Deuteronomy 25:5-10). She was a widow with no money, so these three women set out to return to the land of Israel. Can you imagine the terror each of them must have felt?

It’s clear from the first chapter of Ruth that Naomi loved these women as her own daughters. Naomi instructed them to return to their homes. She urged her daughters-in-law to leave her. Her prayer for them was that the Lord would deal kindly with them and she acknowledged their love and kindness toward her. Most of all, she desired that they find husbands and rest.

Even though her sons had died, Naomi was concerned about the future of their widows. She wanted them to be cared for and to have a future. She didn’t believe it was in their best interest to stay with her, even though she was mourning. She kissed them, another expression of devotion and love, as she attempted to compassionately send them on their way.

Naomi believed wholeheartedly that the Lord had dealt bitterly with her. Twice we see it referenced in the first chapter. She first referenced this bitter dealing as she urged her daughters-in-law to leave her so that they would find a husband and be cared for. She knew that she was too old to conceive, and if she had, the women would have to wait until the sons were grown to remarry. This was inconceivable to Naomi, so she urged them to leave adding, “No, my daughters, my life is much too bitter for you to share, because the Lord’s hand has turned against me” (Ruth 1:13). She didn’t desire any further tragedy for her daughters. The women wept together and Orpah left. Ruth, however, stayed.

The two women traveled to Bethlehem and when the resident women saw Naomi, they asked if it was truly her. Naomi responded, “Don’t call me Naomi. Call me Mara, for the Almighty has made me very bitter. I went away full, but the Lord has brought me back empty. Why do you call me Naomi, since the Lord has opposed me, and the Almighty has afflicted me?” (Ruth 1:20-21). Naomi not only believed that the Lord was angry with her, she wanted the women to call her Mara, which means bitter (Exodus 15:23).

Because we know the end of the story, we can see that Naomi was misinterpreting her circumstances and applying wrath where there was none.

Naomi loved Ruth and desired good for her. And to make a short story even shorter, Naomi coached Ruth and instructed her on how to win over Boaz. Ruth obeyed, married Boaz, and bore a son.

What is beautiful is how the same women who Naomi told to call her Mara are the women at the end of the story who point Naomi to the faithfulness of God:

“Blessed be the Lord, who has not left you without a family redeemer today. May his name become well known in Israel. He will renew your life and sustain you in your old age. In- deed, your daughter-in-law, who loves you and is better to you than seven sons, has given birth to him.”
Ruth 4:14-15 (CSB)

Oh, the great faithfulness of God! This is as much a story of Naomi as it is of Ruth. The Lord was faithful to Naomi. The Lord provided above and beyond all that she could have requested through her daughter Ruth. God’s great redemption plan flows through this story as well. Ruth and Boaz’s son was Obed, who was the father of Jesse, and Jesse was the father of King David, whose line led to the Messiah.

Many of us don’t go through tragedy like we see in the story of Naomi and Ruth. Instead, we fear the potential for tragedy. And then there are others of us who, perhaps like Naomi, assume God is out to get us and we wait in anxiety for the next tragic circumstance. But let this story build your faith. We don’t see all that God sees, and we don’t know all that God knows. We only see in part — as we know, we walk by faith, not by sight (2 Corinthians 5:7). We cling to that glimmer of hope and run to His throne of grace. If you are facing a tough circumstance, pray that God would give you fresh faith to walk, though blindly, believing in Him and knowing that He has laid out your path. And like Naomi, for each of us, the path ultimately leads to our Messiah.

This devotion was written by Trillia Newbell for the (in)courage Devotional Bible, originally titled “The Story of Naomi.”

We don’t see all that God sees, and we don’t know all that God knows. We only see in part — as we know, we walk by faith, not by sight (2 Corinthians 5:7) -@trillianewbell: Click To Tweet Leave a Comment