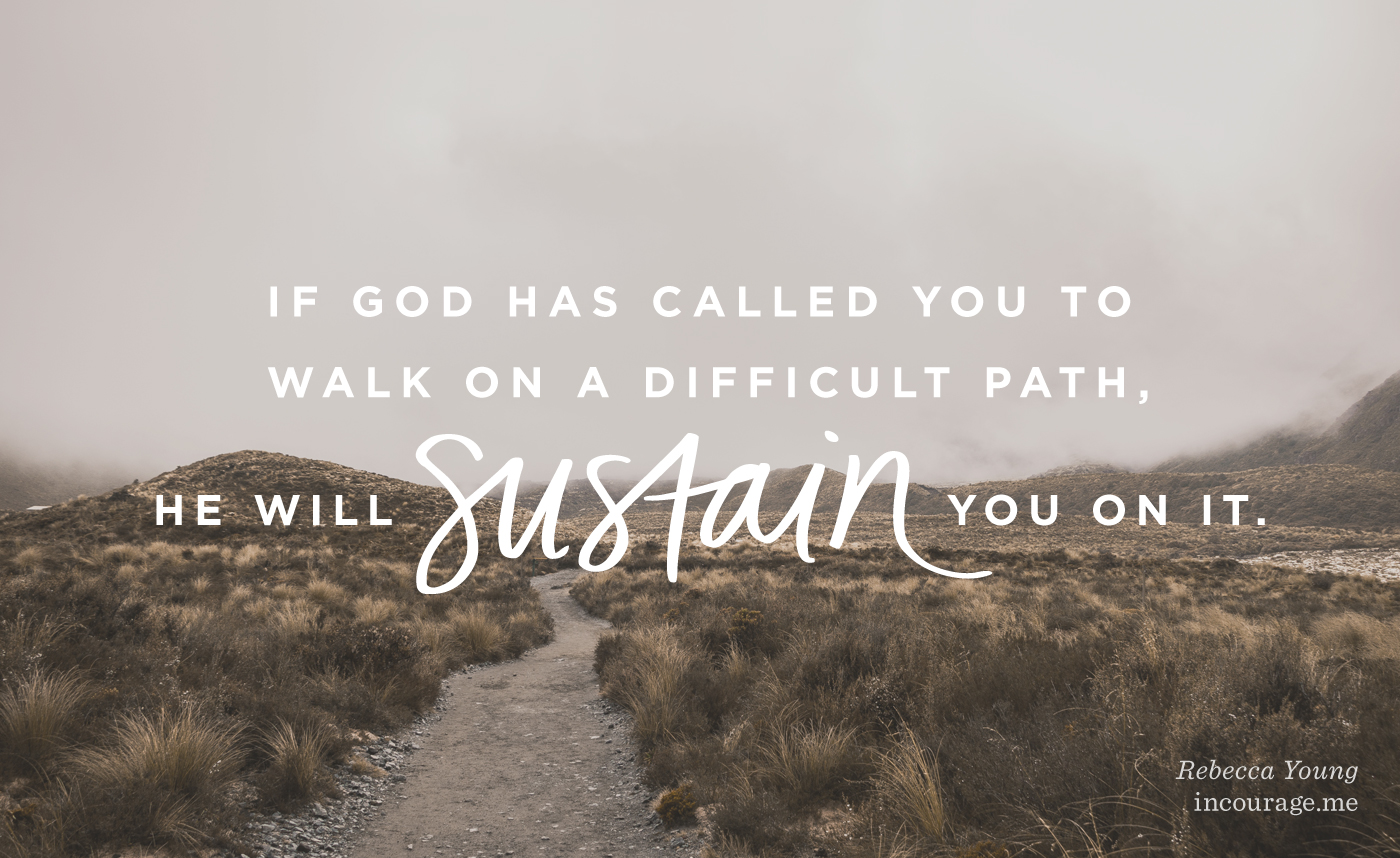 I remember walking out of the state-of-the-art fertility clinic with my husband. We had come to seek a second opinion from a highly regarded infertility specialist after four years of testing, treatments, and heartache.

Our appointment with the doctor had not gone well. He was arrogant, overlooked our questions, and seemed flippant about our journey as he outlined his proposed course of treatment. We left his office feeling uneasy and confused about what our next steps should be.

As we stepped into the sunshine and walked to our car, I heard the Holy Spirit whisper, “This is not what I have for you.” My husband felt the exact same pull on his heart.

At the time, we thought perhaps the Lord did not like this particular doctor or his chosen methods for helping us, but as the days went by, we both had a stronger sense that God was actually calling us away from infertility treatments as a whole.

The more I prayed about it, the more I sensed God was asking us to lay our efforts aside. It was time to put away the medication, stop the doctor appointments, cease striving, and join Him on the long, hard road of childlessness.

At first, every fiber in my being resisted. I begged God to give us something else to pursue — a different doctor, adoption, natural remedies for healing my body. Over and over, I heard God say, “That is not what I have for you. Come join me on this road through the wilderness.”

To many people, I’m sure it looked like we had just given up and thrown in the towel on our plans to start a family. The truth is, we were (and still are) obediently following God on this hard road that He has called us to. It may not make sense to the world around us, and it occasionally does not make sense to me either, but I know we are doing what He has asked of us and Jesus has sustained us every step of the way.

God often calls us to difficult things. In Matthew 7:14, Jesus said, “For the gate is narrow and the way is hard that leads to life, and those who find it are few.” Did you notice where the hard way leads? It leads to life.

Our difficult calling has a destination. God does not ask us to wander the wilderness aimlessly. Our roads are going somewhere glorious — into the heart of God Himself.

The Greek word used for life is zōē, and it holds a sense of vitality, fullness, animation, and devotion to God. It is the absolute fullness of life with God. This is the same word that Jesus uses in John 10:10 when He speaks about the abundant life. These hard roads are highly profitable if we are willing to stay on them.

Jesus was no stranger to walking difficult roads — His entire ministry was fraught with hardship, and the final days of His life were especially lonely and painful.

From the Garden of Gesthemane to standing trial, being beaten and tortured, and then dying on a cross, Jesus stayed true to the call God had given Him. Jesus had plenty of opportunities to step off His hard road. He could have summoned legions of angels. He could have taken Himself down off the cross. He could have avoided the whole ordeal altogether, but He chose to remain “obedient to the point of death, even death on a cross” (Philippians 2:8).

So how exactly do we stay on our hard roads? What kept Jesus on the course that the Father had called him to? 1 Peter 2:23 gives us the answer to that question, “When he was reviled, he did not revile in return; when he suffered, he did not threaten, but continued entrusting himself to him who judges justly.”

Jesus continually entrusted Himself to God. Over and over, He trusted in the love of His Father and in the eternally redemptive outcome of His plan, and we are invited to do the same.

God desires that we might entrust ourselves daily to Him. We do this simply by walking with Him in prayer, reading His Word, and trusting in His good and loving heart. We can stay the course by following Christ’s example.

Friends, I don’t know what hard road God has called you to right now. Maybe it’s singleness or enduring an invisible illness, maybe it’s working in a job you dislike or living with family members who test your patience every day.

Hard roads are hard. The easy way out is tempting, but if God has called you to walk on a difficult path, He will sustain you on it. So fix your eyes on Jesus, entrust yourself to God, and keep putting one foot in front of another as you journey toward the life in God that awaits you.

This post was originally written in April 2019 by Rebecca Young.