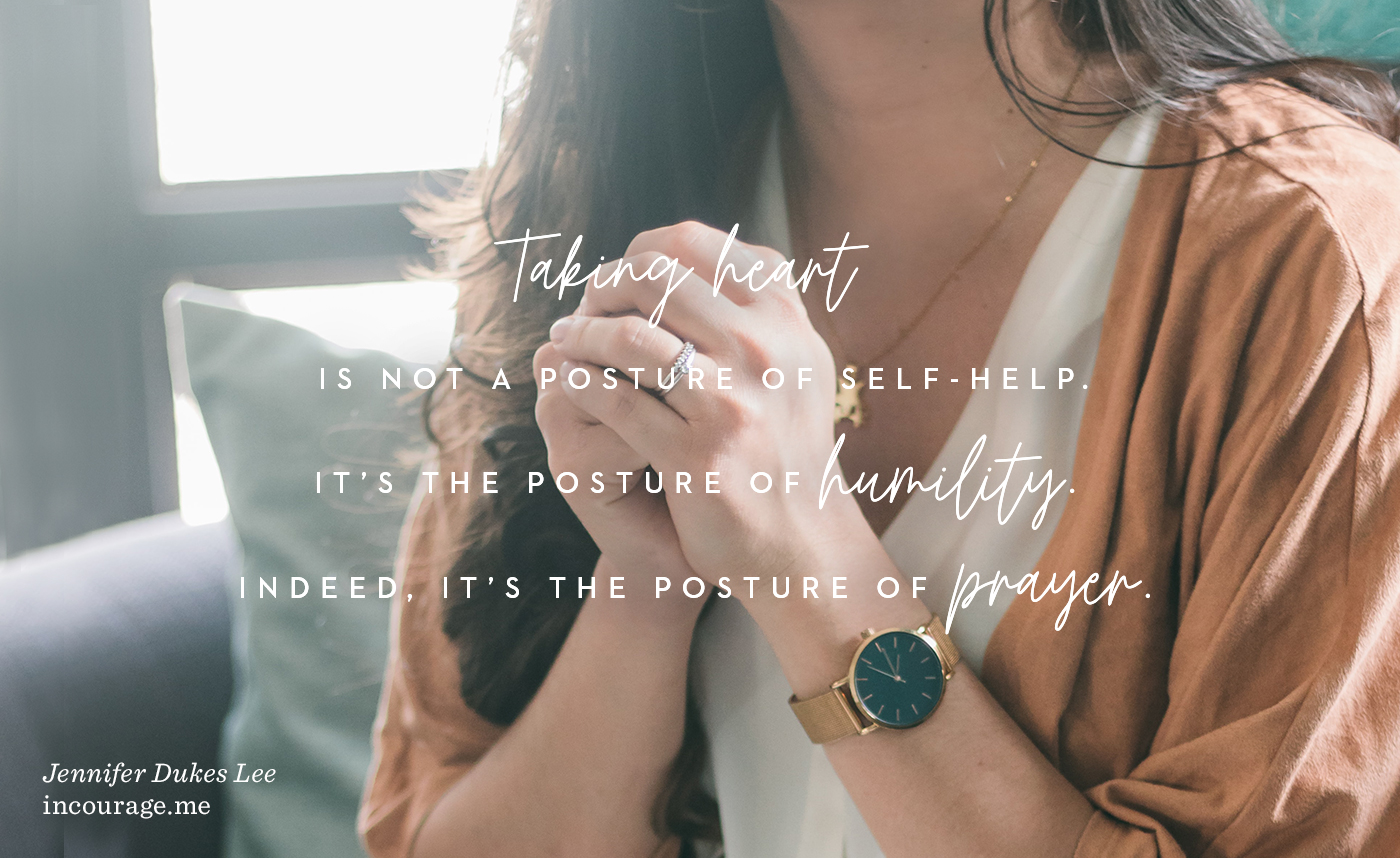 I am not proud to admit that when things go wrong in my life – or in the lives of the people I love – my first instinct isn’t always a posture of prayer.

Instead, I too often adopt a posture of self-help. I act as if my theology is something along the lines of “I’ve got this,” instead of “God’s got this.” Or weirder still: “If I worry about this enough, it will resolve itself.”

I suppose this attitude is a byproduct of the culture in which I was born and bred. The concept of the “self-made man” is so pervasive we buy into the notion that our fates are in our own hands. We believe that with enough hard work, we can get what we want – a bigger house, a better job, a more fit physique, an idealized social status.

If you’ve lived long enough under that sort of ethic, you can begin to think that prayer is no more than a beautiful expression of faith. You might not say it out loud, but deep within you, you might be thinking, “God is great and all, but if I want something done, I’ll have to do it myself.” And let’s face it, so many of us have poured out our hearts to God, begging Him to move urgently, only to feel like our prayers were just an echo in the darkness, especially when we show up at the graveside service.

I found myself falling into this way of thinking recently when one of my children was facing a particularly difficult challenge that had us all in tears. I sat awake many nights in a row devising plans to “fix the problem.” I thought about ways to confront, correct, or control what was happening.

One morning, after a particularly long night, I was studying a verse in John. “In this world you will have trouble. But take heart! I have overcome the world” (John 16:33 NIV).

Taking heart is not a posture of self-help. It’s the posture of humility. Indeed, it’s the posture of prayer. Prayer is the acknowledgement that we’re not running the show — God is. It is a way of saying, “I trust Your ways more than mine, Lord.”

I think now about the dozens of biblical heroes whose very lives illustrate the power of prayer. Here are just a few:

It wasn’t their muscle or intelligence or strategic planning that worked. It was their willingness to fall to their knees.

One prayer really can change everything, so don’t underestimate the power of your prayers. Don’t fall for the lie that your prayers have to be said a certain way to count. Don’t give up asking. Not now! God hears you, and no prayer is ever, ever wasted. Ask and ask again because even when our prayers don’t change our circumstances, those prayers are changing us.

Maybe you’re like Daniel, and that lion you’re praying against is the one who’s been preying on your family.

Maybe you are like Moses, and you just want to see God.

Ask. Pray. It changes things. And then keep your eyes open because His answer might just blow you away.

Remember Peter? He was in prison, and the church kept praying for him. One night, an angel appeared in Peter’s cell. Chains fell, and Peter walked out the door. Even Peter couldn’t believe what was happening! He went to Mary’s house, where the church had been praying. A servant named Rhoda answered the door, and she was so shocked, she forgot to let him in!

Keep your eyes open for a Rhoda-styled surprise. Don’t give up now. You are never as powerful as that moment when you fall to your knees in prayer.

How can I pray for you today?