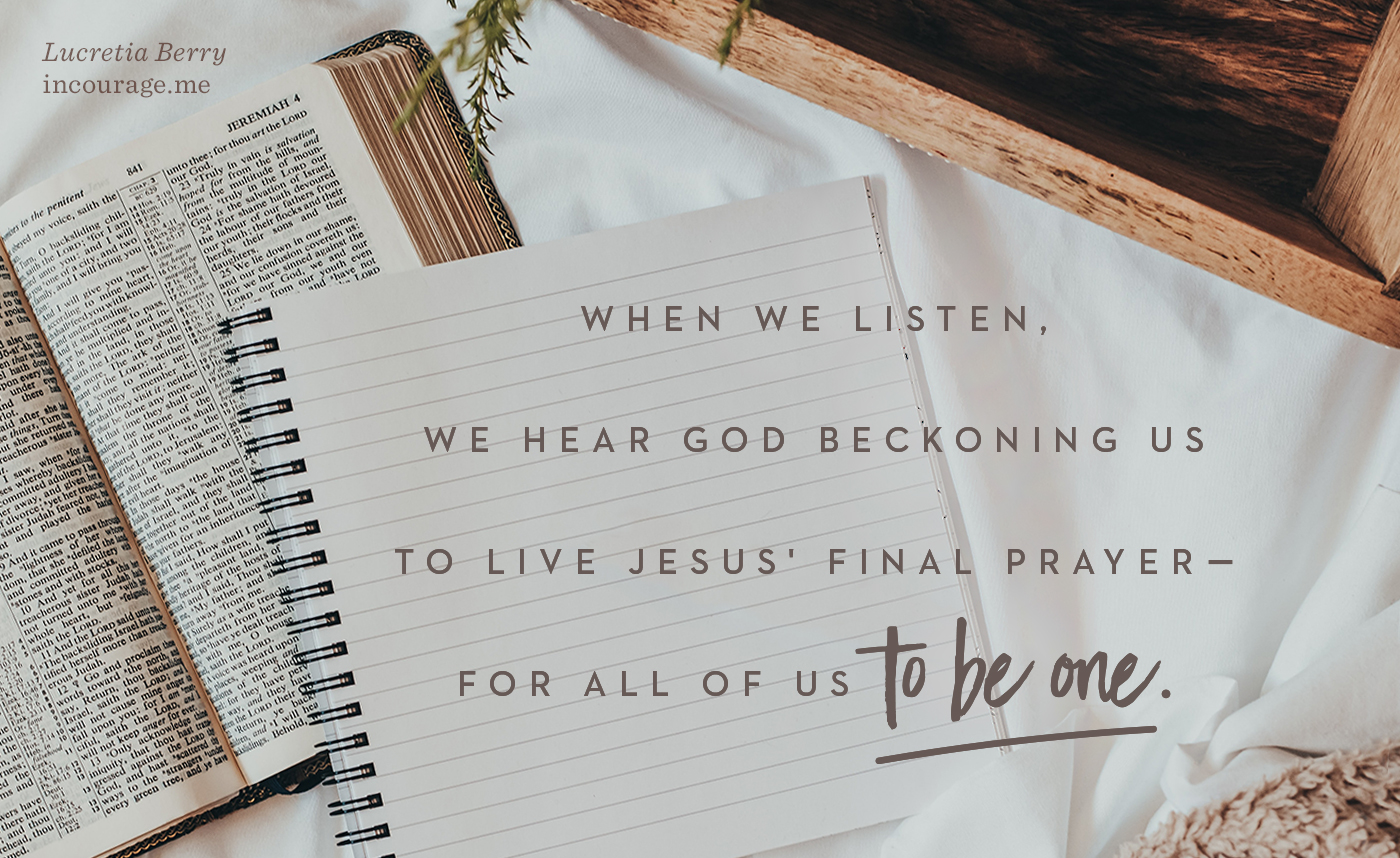 She was like a blessing chasing me down, pressing her way through the crowd of women to catch up to me. Though I flowed along in the sea of sisters attending the women’s conference, I was a wave that stood out. I am 5’9, deep brown, with gravity-defying, big, bronze-highlighted locks that surround my head like a crown. She reached out and grabbed me.

“Hi,” she said. “While you were praying in the chapel, God prompted me to tell you something. But you left while I was praying for someone else, so I had to come find you.”

At that point I was a good distance from the chapel, which meant she had run a ways to chase me down. She paused to catch her breath. We stood sideways so as not to impede the flow of women moving from one session to the next. We stood like two pebbles forcing the stream to move around us.

“God wants you to do something big!” she said. I gave her a smile. I felt she was right, in the general sense that God wants us all to do “something.” And “big” is relative.

“Do you know what it is?” she asked. I shook my head, looking up and searching my mind as if I might find the answer in a distant memory.

“No,” I said with authentic cluelessness.

She seemed a little surprised that I didn’t know. She paused in anticipation of the Holy Spirit’s next instruction for me. “Write!” she said. “Do you write?”

“No,” I replied, committed to my confusion. I was sure she had the wrong person.

“Start writing, journaling, and it will come. It will come through your writing.”

I nodded with a slight shrug of indifference and merged back into the flow of women moving from one conference session to the next.

Months later, I noticed that I was journaling more. My journal was a vessel filled to capacity as I poured out prose and poetry. Writing was becoming an exclamation mark accentuating the things that consumed my heart. I’d swell with cares and concerns for the community around me in a way that felt new, strong, and heavy. But what had changed? I was still a wife and mom of three adorable girls. The world had not changed. It was still fractured and suspended in passive hope.

I really hadn’t noticed that there was a theme to my writing because it was so subtle. But when I paused to allow it to speak to me, it shouted with clarity. I recalled the prophetic woman who chased me down to deliver words that seemed empty at the time. But as I noticed a theme emerging, her words exploded with meaning. I realized that what she meant by “big” meant heavy, hard, cumbersome, and significant. I didn’t want to be the Black woman burdened to address our nation’s festering wound of racism.

But His encouraging hand remained on my back, pressing me forward. I realized that I had grown complacent with the level of racism in our communities. Beneath the lukewarm desire for diversity in our nation was a broken foundation — its falling pieces stoking and feeding the embers of a fire that had never been extinguished. We’ve been inhaling the toxic smoke of racism for four hundred years, and we can’t breathe.

I had adjusted to this limited capacity to breathe, and now God was saying, “No more!” It was time to listen and hear God! I was being invited to wholly participate in cultivating and manifesting God’s dream for us.

I knew the work would be excruciating. I told God, “Yes, I’ve studied anti-racism education. I’ve been immersed in helping heal communities and people with racial wounds. I’m a mom in a multiethnic family, and my father was a police officer. But I will not be heard. I will not be seen. Racism has so consumed us with fear and confusion that I will be labeled ‘divisive.’ I will be accused of stoking the embers. I will say, ‘God wants to heal us from racism,’ and they will dismiss my prophetic voice, my experiences, my intellect, my humanity.”

I was right. It happened. I’ve been ignored, discounted, disrespected. I’ve been shouted down by people who say they love God. It hurt — it still hurts. And the trauma lingers.

And now, in what can only be acknowledged as divine disruption, repair and healing are breaking forth through the broken foundations. As African-Americans struggle to breathe and grieve from centuries of indignity, I am in awe of the world-wide effort to listen, to hear our collective gasp for breath, and to hear God.

And while we are listening, please hear these truths:

I am a helper, not divisive.
I am equipped to foster healing; I’m not a leftist.
I am an educator, not a mammy.
I am a beautiful woman loved by an amazing man; I’m not a wench!
I am God’s image-bearer, lighting the path to freedom from our destructive ideologies and practices. My goal is aligned with God’s dream for us to be free!

I used to be complacent. I had no idea that I could make a difference beyond my door. I was wrong. I am exceedingly grateful that God is not satisfied with our inhumanity. Instead, when we listen, we hear God beckoning us to live Jesus’ final prayer — for all of us to be one (John 17:20-23). Let’s not run away. Let’s all allow ourselves to be chosen, chased down, and overtaken by this liberating work.

God is not satisfied with our inhumanity toward one another. -Lucretia Berry (@brownicity) 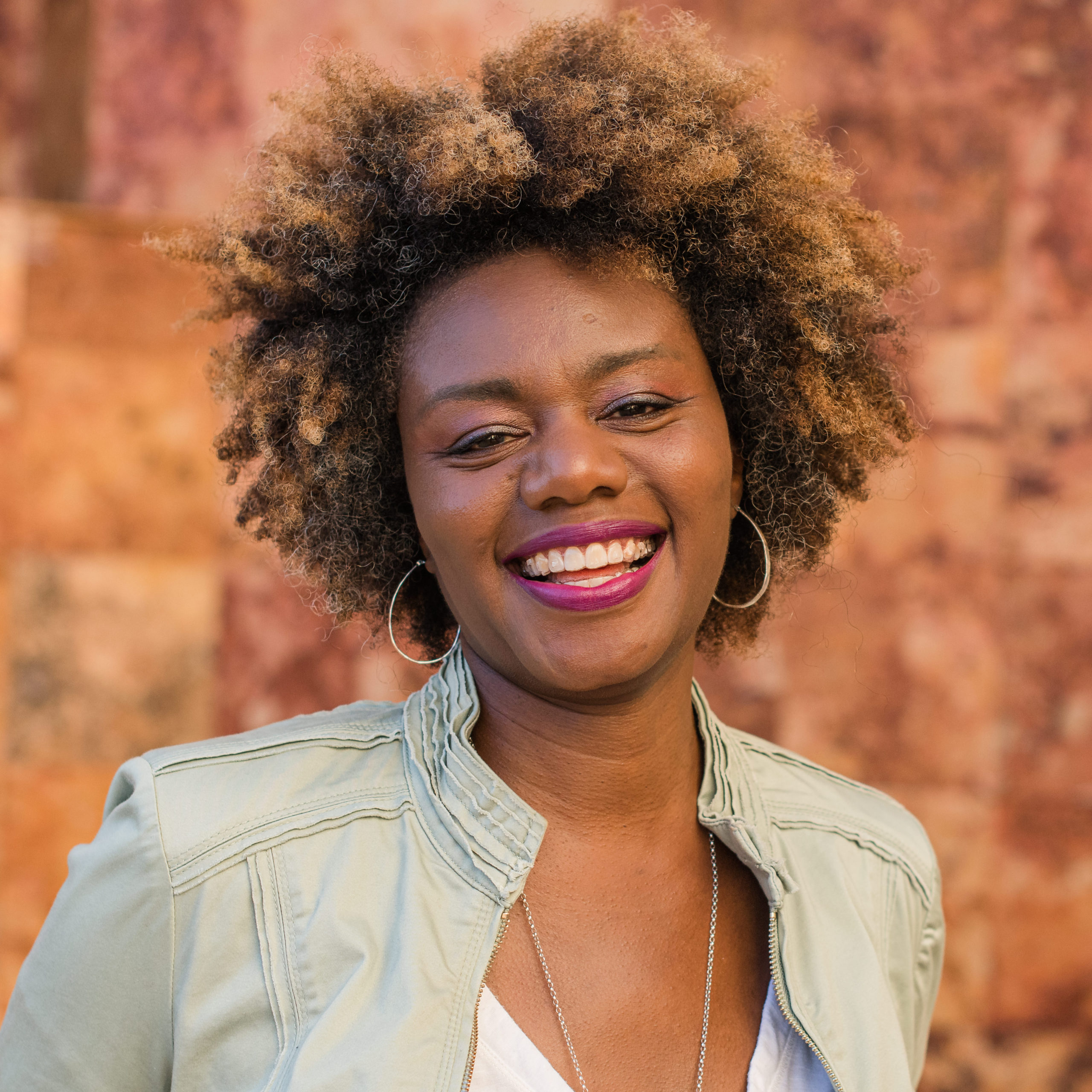