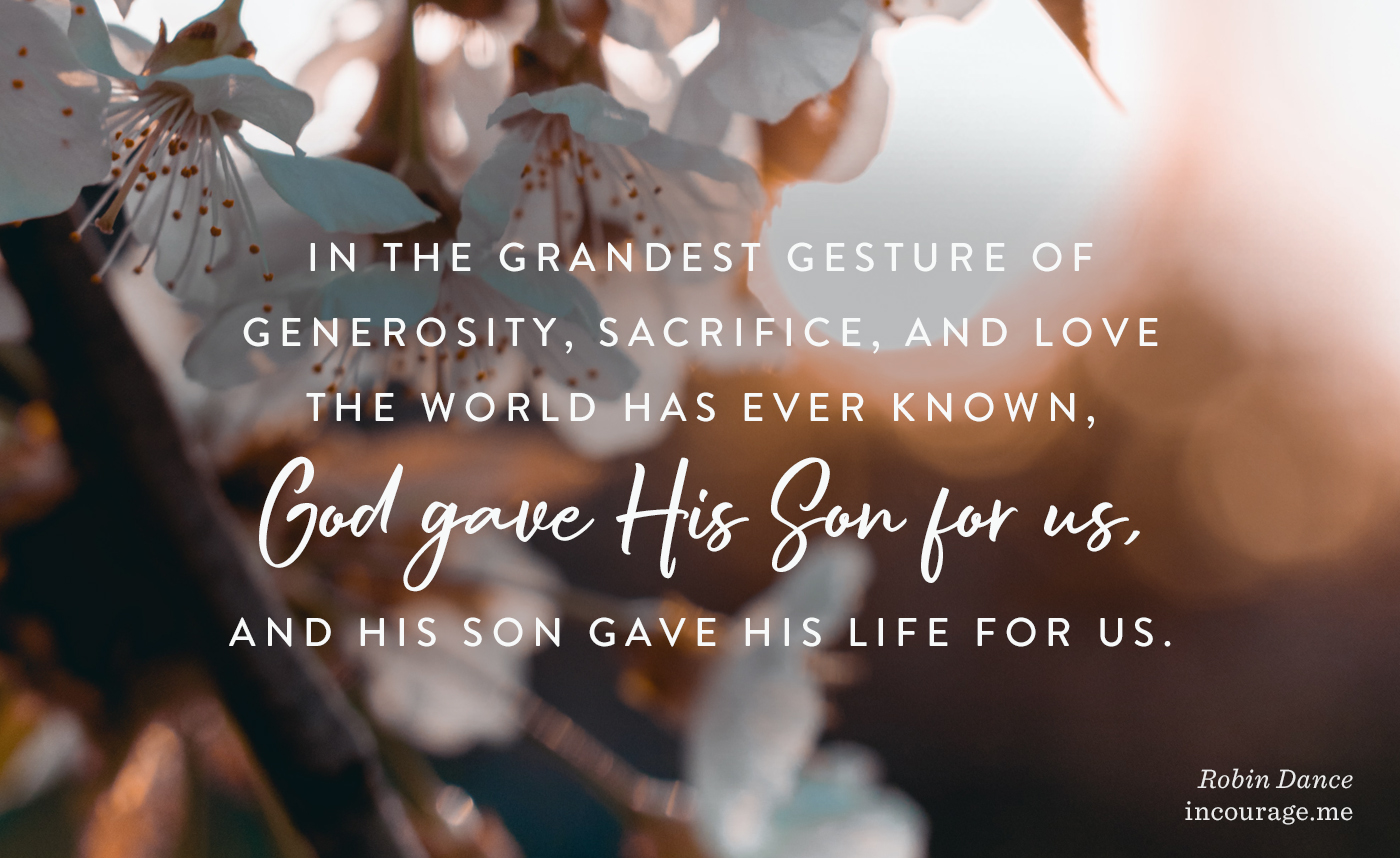 When the medical drama ER aired in the 90s, I had an infant and a two-year-old. I remember lying on our sofa nursing my son — right side, left side, right side, left — through ER, the news and, on occasional late nights, Leno and Letterman. (Being a human pacifier was a small price to pay for a baby who slept through the night.)

Anthony Edwards played the role of Dr. Mark Greene for the show’s first eight years. Wanting to spend more time with his family, he decided to leave, and I read he hoped to “go out in flames” (which took me right back to Top Gun and Goose’s tragic death). Instead, writers gave him the slow burn of terminal brain cancer.

In the episodes leading up to his death, Dr. Greene took his daughter to Hawaii to teach her important life lessons — how to drive, how to surf, and I really don’t recall much else, except his heartrending deathbed counsel. Laboring to speak, his performance was equal parts brutal and beautiful:

I was trying to figure out what I should’ve already told you but never have — something important, something every father should impart to his daughter. I finally got it: generosity. Be generous — with your time, with your love, with your life. Be generous, always.

It wasn’t what I expected him to say, and I found it unsettling. Perhaps the scene struck a nerve because I lost my own mother as a little girl, and there had been no last words or deathbed conversations. Maybe, I just couldn’t go there because I now had babies and couldn’t imagine having to tell them goodbye so young. Regardless, I felt like he should have offered some great spiritual insight, something more. Of course, it was television after all, and the series had no spiritual aspirations. Yet still, as a young parent, I judged his choice of counsel and found it lacking.

Now, many years later, having gained a lot of life experience and hopefully a little wisdom and maturity along the way, I find these dying words of a fictional doctor deeply spiritual.

Be generous with your time, love, and life. Always. Isn’t this what Jesus did (and does) for us?

Our world is so different now than when I saw that episode. We don’t have to endure commercials anymore. Neither do we have to wait for the six or eleven o’clock news. We don’t have to get up to change a channel (Ha!). Most of us have multiple devices through which we can stream entertainment or news 24/7, as opposed to one centrally located desktop computer.

More recently, we find ourselves in a world where we need to keep our distance for health’s sake. Most of us have suffered loss, and for some, a series of painful losses. I imagine we’ve all grown weary. Who could’ve predicted where we’d be today when we ushered in this new decade just a few months ago?

I’ve said it before, but it bears repeating: The things that matter most have not changed. God is still God — eternal, unchangeable, all-powerful, all-knowing, and ever-present. He is holy, faithful, merciful, gracious, sovereign, righteous, and just. God is love. And, without a doubt, He is generous.

The triumphant message we’ve just celebrated during the Easter season and the perpetually good news of the gospel reveal God’s incomprehensible generosity. In Christ, God has “blessed us with every spiritual blessing in the heavenly places” (Ephesians 1:3, emphasis added). 1 John 3:1 says, “See what great love the Father has lavished on us, that we should be called children of God!” I love that the NIV uses the word “lavish” because it communicates an extravagant abundance I don’t see in other translations.

When we’re paying attention, it’s easy to see God’s considerable generosity throughout Scripture and in our lives. Sometimes His gifts come as a result of our obedience or surrender, and sometimes they’re simply given in the way a Father loves His children. I absolutely love and appreciate that we get to see God’s most generous act from both the Father and Son’s perspectives:

From John 3:16 (ESV), “For God so loved the world, that He gave his only Son, that whoever believes in Him should not perish but have eternal life.” The sort of sacrificial love God demonstrated in giving His only Son to take my place, to make atonement for my sin, and not just for me, but for all of us who follow Jesus, is unfathomable.

From 1 John 3:16 (ESV), “By this we know love, that He laid down his life for us, and we ought to lay down our lives for the brothers.” Jesus knew what He was signing up for in the incarnation, and He did so willingly. Without hesitation, He gave His life so we could share in eternal life.

In the grandest gesture of generosity, sacrifice, and love the world has ever known, God gave His Son for us, and His Son gave His life for us.

“Be generous” won’t likely be the last thing I tell my children, but I hope they’ve seen that modeled in our home and that they’ve taken the words that follow 1 John 3:16 to heart. But I do agree with Dr. Greene that it’s important. As we’re maturing in our faith and becoming more like Christ, we’ll naturally become more generous.

During this COVID-19 pandemic of world-wide proportions, the generous spirit of many has been on display. Front-line medical personnel risking their own health and lives, grassroots initiatives of volunteers sewing and giving away masks for those in need, neighbors checking in on neighbors, the Church rising up, united to minister however and wherever they can. Focusing on what we can do helps minimize the anxiety fueled by all the things beyond our control, and that begins with a spirit of generosity.

Will you or I know that our last words to the people we love are going to be our last words? I can’t answer that, but I do believe it’s important to remain current with your people so there’s nothing left unsaid between you. We don’t know what tomorrow will bring, so let’s express our love, point others to Jesus, and say those important things we want our people to know now.

What is the last thing/most important thing you’d want to tell the people you love?
How have you seen generosity played out in your community?

Focusing on what we can do helps minimize the anxiety fueled by all the things beyond our control, and that begins with a spirit of generosity. -@robindance: Click To Tweet Leave a Comment