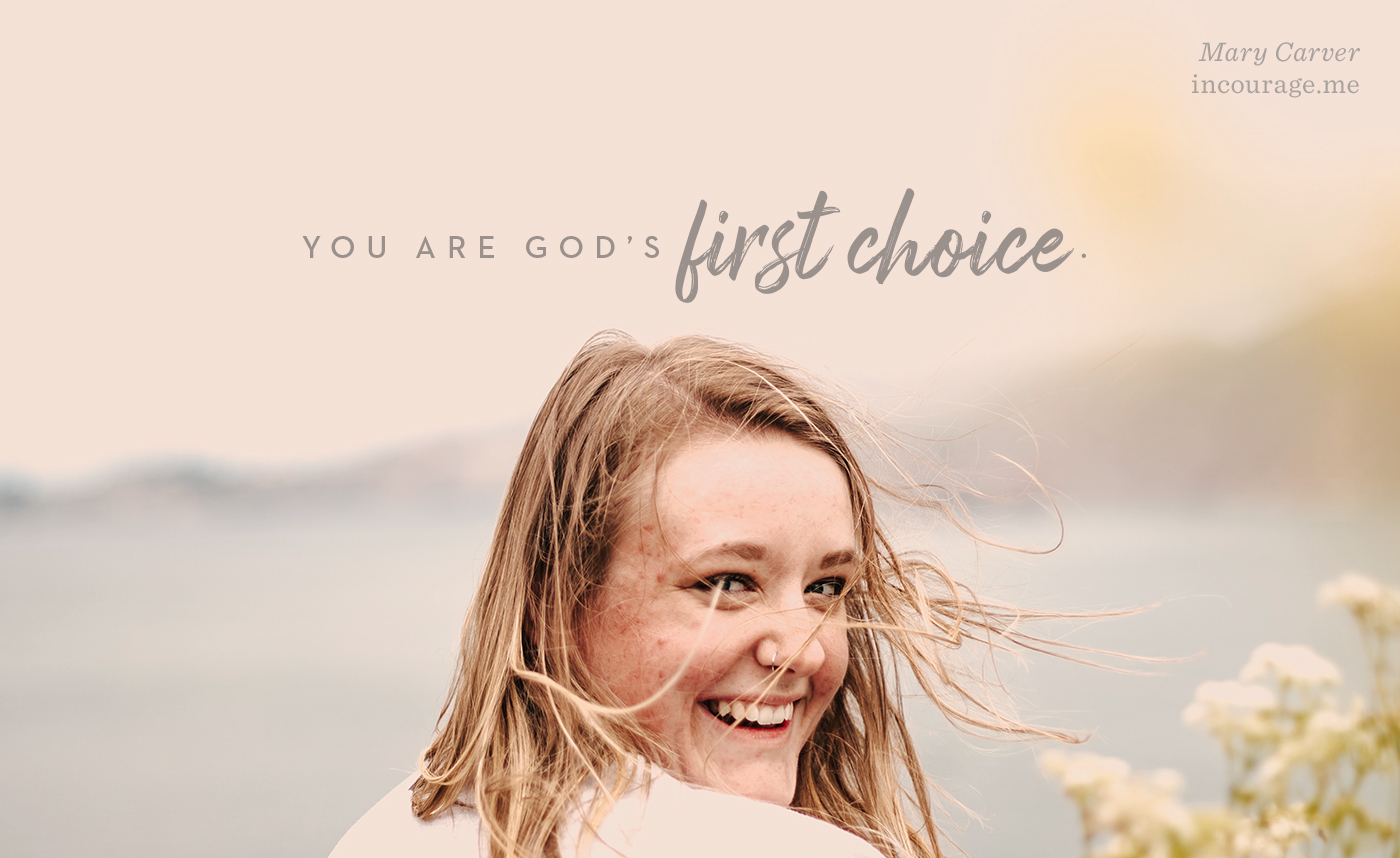 I knew exactly what she meant as soon as she said it, but I asked her to clarify anyway. And sure enough, my sweet middle-schooler was afraid that she was nobody’s first choice, that all her friends liked someone else better than her. She felt like they only saw her as a backup to their true preference, their first choice.

Thankfully, this discussion — like so many others — took place in the car, while I sat directly in front of my daughter on our way to dance class. If I tilted my head just right, I could catch her eye in the rearview mirror, but for the most part I couldn’t really see her and she couldn’t see me. That was a relief because tears had immediately sprung to my eyes — not an unusual occurrence for me, for sure, so my daughter would not have been surprised to see me cry. Though her words and her pain struck something deep inside me, I didn’t want to make the conversation about me.

But it could have been.

Just a couple days before that car conversation, I’d realized that I was absolutely the backup friend to someone I’d made my first choice. “It didn’t even occur to me to call you,” she said without apology. It wasn’t an insult, just a simple fact. And in that moment, and in the moment I heard my daughter share her situation, I felt exactly twelve years old. And fourteen and nineteen and twenty-three and twenty-eight and thirty-two and thirty-eight and, yes, forty-one. Because I’ve felt overlooked or ignored by friends so many times through the years. The feeling may have first shown up in elementary or middle school, but it never seems to go away.

I didn’t tell my daughter that part, though I assured her she was not alone in her feelings. I told her a few stories of times I’d felt like the last one picked for dodgeball (noting that I have also literally experienced being picked last for dodgeball), and I reminded her that one of her very own friends had said she felt like second choice not too long ago.

More importantly, as we drove down the road and later as we sat together on the couch, I told my daughter the same two things I tell myself (over and over and over):

1. What you’re going through is hard, and I know it hurts. I’m sorry you’re feeling sad and lonely.

To myself, I might use some stronger language, saying straight out, “You know what? This just sucks. It does!” But while I didn’t say it quite that way to my daughter, I made sure to give her space to grieve, to sit with her in the pain, to acknowledge how hard this — and most everything related to friendship — really is. Though I’m admittedly a “fixer,” I tried really hard not to jump in with suggestions for making it all better. And when I’m grieving my own friendship status, I make an effort to give myself grace to feel the pain before moving on to the practical-solutions part of my moping.

And for my daughter, myself, and for anyone else I find myself weeping with while they weep (Romans 12:15), I also try to point back to God before looking to ourselves for answers. That’s why the next thing I say when you’re tired of being second choice is this:

2. You are God’s first choice.

Friends may sit with someone else in the cafeteria, forget to invite us to the slumber party or the movie night, or forget to add our number to the group text. We might not get picked for the team, the group project, the solo, the part, the homecoming date, the plus one to the wedding, the delivery room, or the mastermind group. But no matter how many people deem us unworthy, God never will.

God will never snub us or roll His eyes when we try to talk to Him. He’ll never leave us out of His big plan. He won’t turn His back on us or walk by without making eye contact. He won’t let us down or hurt us. He will never pick anyone before us.