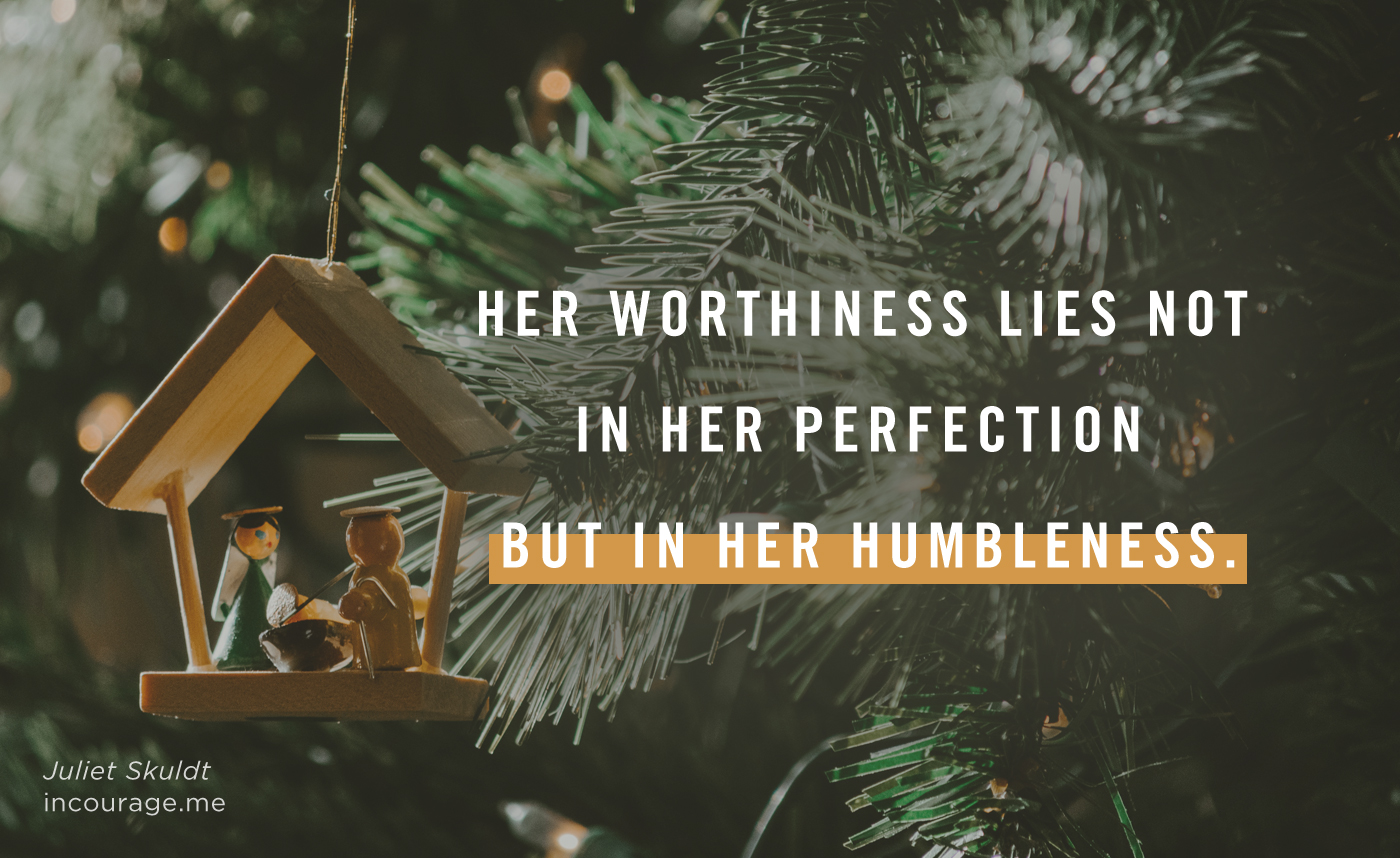 She was bought by my grandma Sweetie in the 1960s and survived decades of Christmases, along with Joseph, Baby Jesus, and an assortment of gentle, porcelain barnyard animals — despite the perilous attentions of eight grandchildren. For the past decade, she has lived at my home, most of the year tucked in the dark safety of a high shelf, wrapped carefully in the same tissue my grandma had wrapped her in, in a box marked “White Porcelain Nativity” in my grandma’s unmistakable script. But this year, a member of my family went rearranging the precious contents of my high-up shelf in search of some other item, pulling the whole box down and setting it on the washing machine. Then another member of my family came by later and very kindly started a load of laundry — without thinking about the way a fairly light box might travel across the smooth wobbling surface of a washing machine on the spin cycle.

I found them on the floor behind the washing machine days later, and after a quick inspection, all seemed to be intact, encased in clouds of tissue. But a couple weeks later when I pulled the nativity set out in anticipation of Christmas, I found that Mary had not, in fact, fared so well. Gracious Mary, treasured possession of my dearly loved gram, had broken knees and a snapped halo. I was heartbroken and embarked on a frenzied rotation between super glue, Internet searches for rare porcelain figurines, and bemoaning the general carelessness of every member of my household. I managed to get her knees reattached, but the halo was basically hopeless—in too many small shards to reconstruct. The Internet searches were just as hopeless, because not only was my Mary old, she was rare—made in West Germany, which of course, no longer exists, much like my own dear grandma. It was one of those moments where a small thing suddenly makes everything seem broken and irrecoverable. Still I didn’t have the heart to wrap them up and put it all away. But you can’t really have a nativity and leave Baby Jesus with just Joseph and a couple of sheep, so I set out the entire little Holy Family, broken halo and all.

I’ll be honest, in the days that followed, it hurt a little to look at her. But daily as I passed her, saw her cracked, repaired knees and partial halo with the jagged un-shiny edge showing, she seemed to fit more and more in with this house of imperfect relationships, deeply broken bodies, and a good amount of dog hair and second-hand furniture. I am not opposed to the beauty and sparkle of Christmas. In the face of the enormous love and sacrifice of that first Christmas night, what can we do but offer our best, most beautiful, most joyful songs, decor, generous hearts, and homes? But how quickly I turn this all back on me and flip a reflection of His glory into a reflection on me and my skill, my competence, my glory. I would also not be the first to observe that these same songs, this gift-giving, and even decor often bear little resemblance to what occurred the night of Jesus’ birth — even our nativities.

But all those years I didn’t treasure the porcelain crêche only because it was old and valuable, or because it was beautiful, or even because it had belonged to my grandmother. No, Mary and Joseph gazing with wonder and delight at the newborn baby set out atop my dining room hutch also served as a regular reminder of what the season is really about, lest I become totally distracted by my house full of trees, cookies, Scandinavian elves, and twinkling lights, which are all festive but meaningless components of this annually distracted and sometimes derailed observation of the entrance of our Savior into human history. Simple Mary and her husband and Jesus in the manger were a frequent visual meditation for me amid the busyness and food. This is the thing, though, broken Mary is even better at this. With her cracks and snapped halo, she now reminds me even more so that no matter how accurately or inaccurately she has been depicted throughout the centuries, real Mary was, like me, broken and in desperate need not of repair but total restoration. Her worthiness lies not in her perfection but in her humbleness.

December has come and gone, with its various celebrations and casualties, and Broken Mary has interestingly turned out to be more encouragement than indictment. Now January is here and I still cannot put her away. In this next season of obsessive self-improvement, which rapidly devolves into self-castigation, she is daily evidence that all things — bodies, relationships, vocation, avocation, my own spirit — will ultimately wind up busted if left only in my hands.

But like so many other rendered Marys, with their merits and flaws, she shares one thing that is absolutely, perfectly right . . . her look of total amazement and love for the baby before her. Because this is the starting point, bowed down without even a glance in the mirror to adjust the lopsided halo or camouflage the ugly gray crack traversing her robe. She is too absorbed with Jesus to be consumed by her imperfections. I am glad, though, that I fixed her knees. She needs her knees. As do I — in December . . . and January . . . and February . . . And actually I am okay now with the fissured line of glue and even growing grateful for the jagged, cock-eyed halo. Because that look of humble wonder was not crushed — though the baby she watches one day would be — and her total, imperfect adoration prods my own spirit, in my home, with its brokenness of place and people, to also be imperfectly ready daily for the grandest entrance of perfect Love and Grace — and gratefully, humbly amazed. 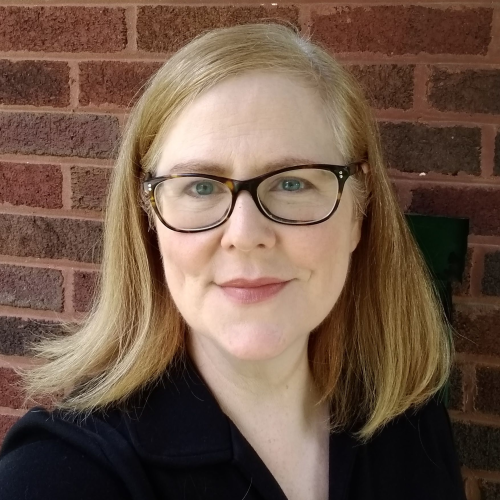 Juliet Skuldt is a writer living near Chicago with her husband Dean. They have two teenage daughters. In addition to a life-long love of writing and making art, Juliet co-founded Christian Advocacy Now, a ministry helping believers be informed, prayerful, and active around human rights and the persecuted church.