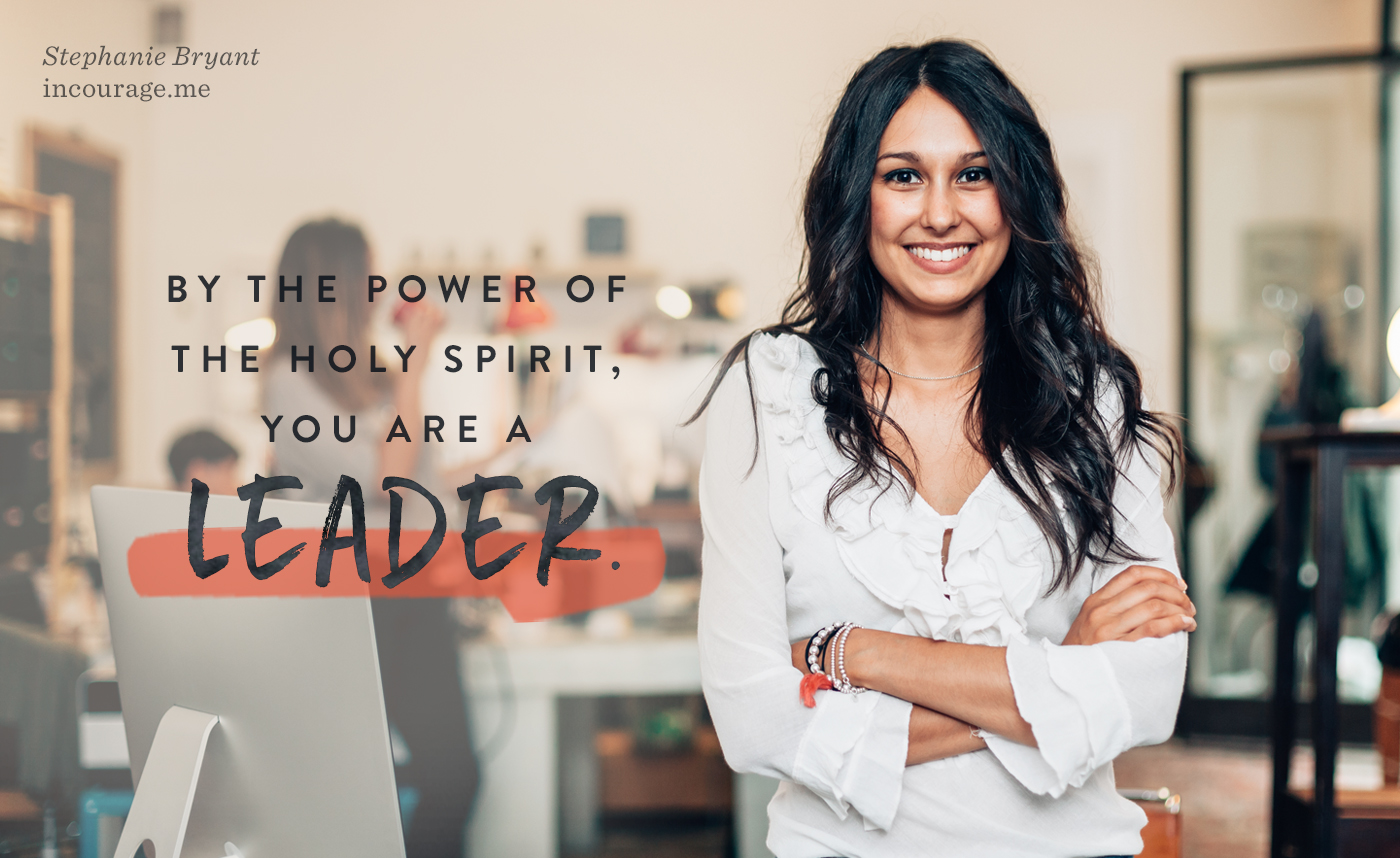 Our culture is whirring with conversation and commentary about the opinions of leaders — church, political, entertainment, industry, community, and even Instagram famous. We all want to take a stance on who they are, what their qualifications are, and who has been given permission to lead. I’ve seen more arguments than dialogue.

As God’s church, I find it almost amusing that we are still having conversations about giving permission for each of us to lead in the areas of our gifting and callings, which only God imparts. Isn’t that just like the enemy to get us to talk about it more than put our leadership into action? Isn’t it just like him to trick us into feeling the need to ask for permission from others to lead in our areas of influence more than continuing to walk in the footsteps of the One who’s called us?

By the power of the Holy Spirit, you are a leader.

God has put you in a place of influence and not just in your home. Jesus called each of us to make disciples, fellow Jesus-followers, and how else can we do this in our families, workplaces, communities, and the world without actually leading them to Jesus?

Growing up, I was thankfully instilled with confidence in who I was as a person, without labels or categories. I never stopped to think if I could do or not do something but felt empowered to be fully myself, to grow and help others, and to stand up for truth. I didn’t box myself in because I was a girl, and I didn’t think of myself as a leader or a follower but as a person with ideas and unique talents. Looking back, I guess I was taught how to be a leader from an early age but didn’t realize there was a name for it.

With that gift of leadership instilled in me when I was young, I lived out the role of a leader without the need for approval. I didn’t ask for permission to be a leader; I just was one.

But as I grew up and embraced my faith in Jesus, I began to unpack the complexity of of leadership as a woman, studying how God made me and what He’s called me to as His follower.

Throughout my career and in the church, it has been a struggle to find my place as a leader. There were times when I waited for someone else to call me or give me the role of leader because I thought that was the Christian thing to do. Other times, I was given wonderful opportunities to lead teams. And still, there were very trying times with fellow leaders who tried to take my voice and my ideas because of my age or my gender.

But I’ve come to understand that because of Jesus, I am a leader without a need for a following, permission, or title. It takes the faith I had as a child to be a leader.

Your leadership may be classically defined in a role at a church, non-profit, or business. You may be influencing others with your words online, in books, and through speaking. You may be on a stage or leading in a boardroom. You may lead an industry with your gifts and artistic abilities. Your leadership may look like discipling those younger than you, serving those in need, or creating change in your community. And some of you may not even be aware of your leadership gifts or have been told not to lead where God has gifted you.

No matter if someone has called you a leader or you think that word just doesn’t fit, you need to know this: You are a leader because you are following Jesus.

Whoever you’ve been called to serve, that is who you’re leading to a closer relationship with Jesus. And that is the entire point of your leadership. Leading is not for you or for the accolades and approval of others or for you to have control. God has empowered you to be a leader so you can lead others to Jesus.

We can argue about who a leader really is or we can let our lives reflect how Jesus is leading us into a life of obedience, servanthood, and love for others. Does your leadership exhibit Jesus to those you serve?

The only way I know how to be a leader is to follow the one true king, the ultimate Leader — Jesus. This kind of thinking doesn’t make sense to the world and to those that lead it. But leading by following Jesus is the only path to lasting impact with peace. You first have to follow so you can lead.

Miriam followed God and led millions in worship without permission.

Deborah followed God and led the general into battle to defeat the opposing army because she was the only one who believed God.

Esther followed God and led the king to save God’s people, ignoring the chance of death.

Huldah followed God and led the revival and restoration of God’s people with other prophets.

Mary of Bethany followed God and led with a message of resurrection hope to her peers.

Priscilla followed God and led a community by her preaching.

You are on this list of leaders, too. God’s truth is working through you, in both seen and unseen ways. You are serving Jesus as a leader, disguised as follower.

So, lead in the way God has made you and with the gifts He has given you. Lead as a servant because you love those that follow you. And above all, follow Jesus so you can lead others well. 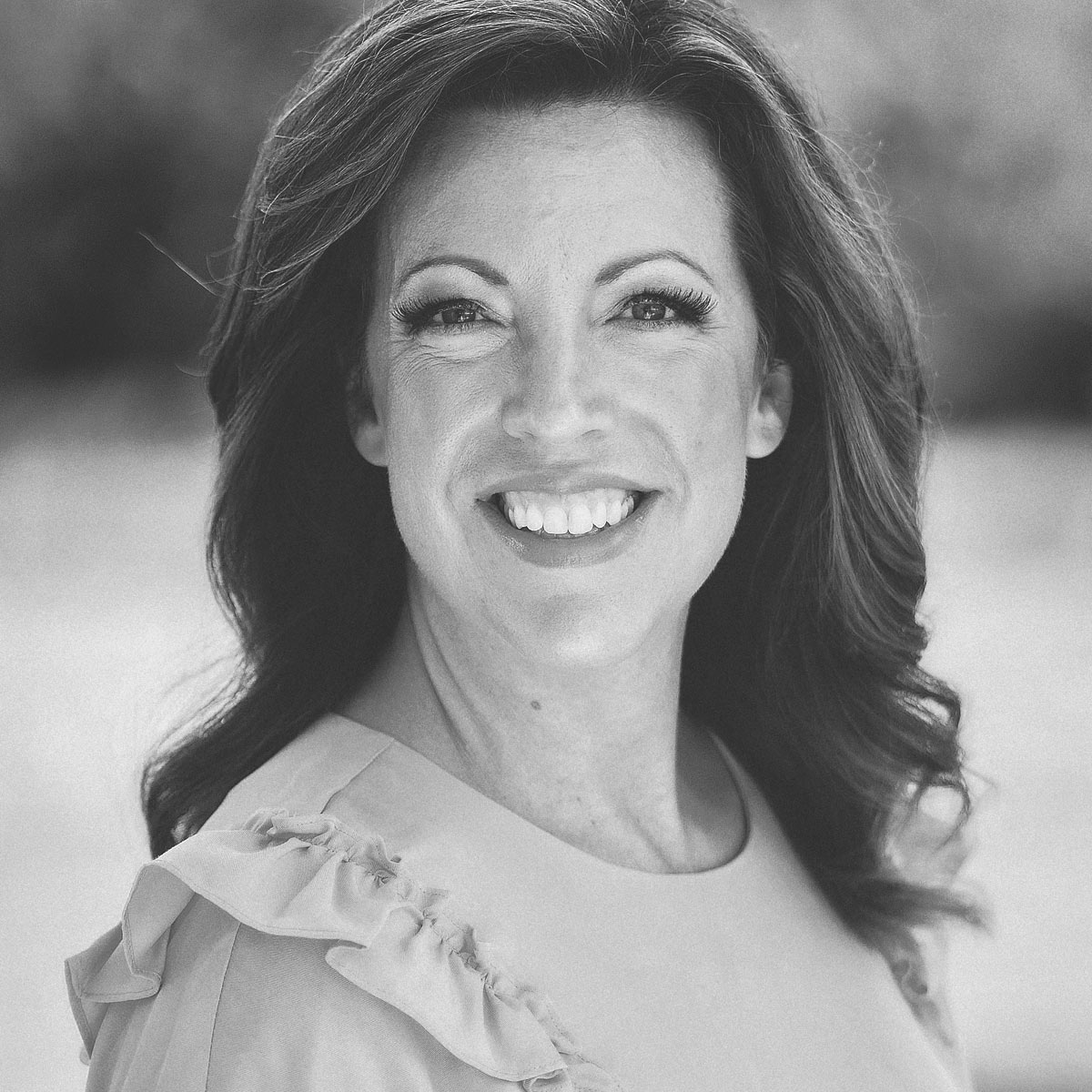