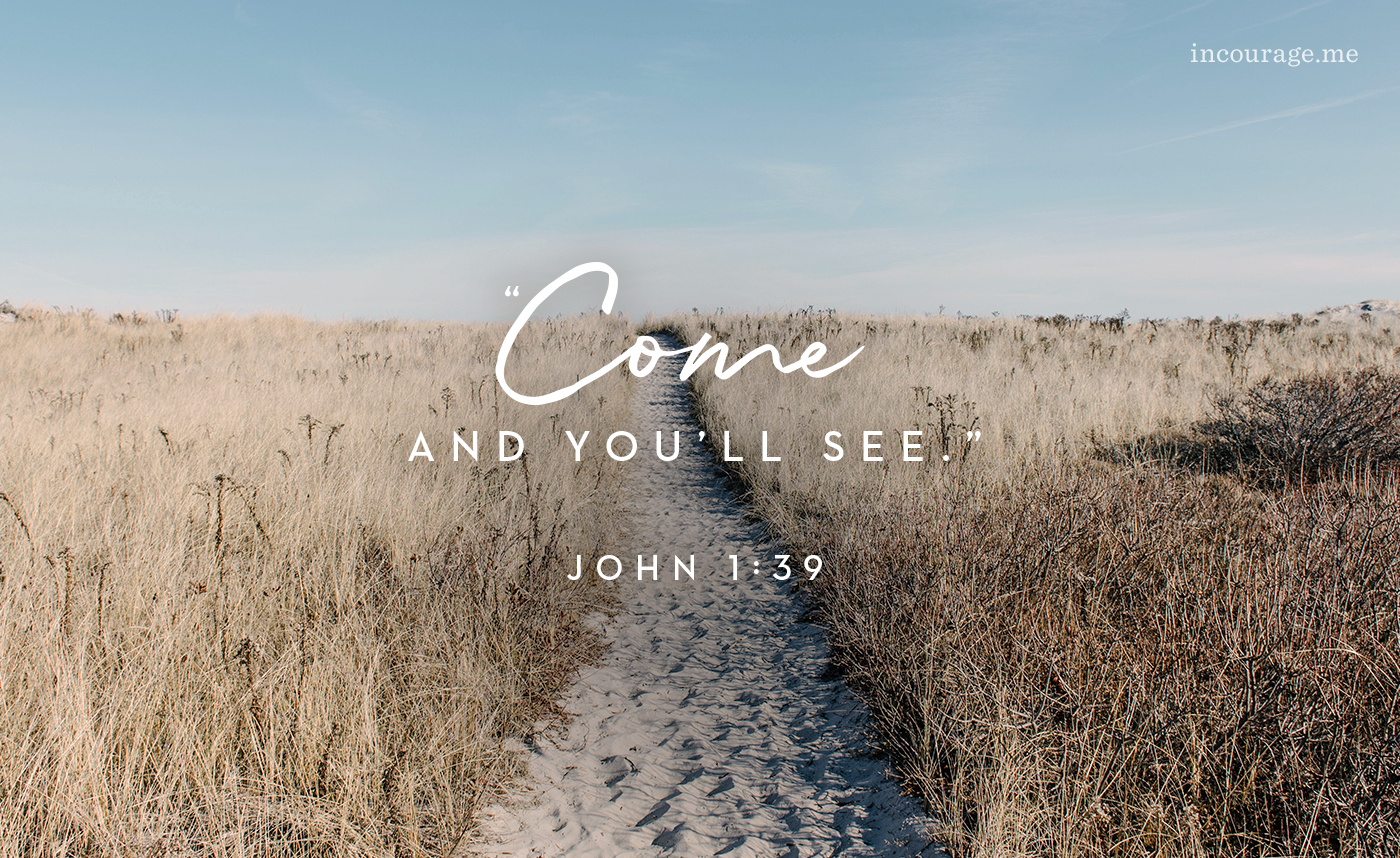 The next day John saw Jesus coming toward him and said, “Here is the Lamb of God, who takes away the sin of the world! This is the one I told you about: ‘After me comes a man who ranks ahead of me, because he existed before me.’ I didn’t know him, but I came baptizing with water so he might be revealed to Israel.” And John testified, “I saw the Spirit descending from heaven like a dove, and he rested on him. I didn’t know him, but he who sent me to baptize with water told me, ‘The one you see the Spirit descending and resting on — he is the one who baptizes with the Holy Spirit.’ I have seen and testified that this is the Son of God.”

The next day, John was standing with two of his disciples. When he saw Jesus passing by, he said, “Look, the Lamb of God!”

The two disciples heard him say this and followed Jesus. When Jesus turned and noticed them following him, he asked them, “What are you looking for?”

They said to him, “Rabbi” (which means “Teacher”), “where are you staying?”

“Come and you’ll see,” he replied. So they went and saw where he was staying, and they stayed with him that day. It was about four in the afternoon.

Andrew, Simon Peter’s brother, was one of the two who heard John and followed him. He first found his own brother Simon and told him, “We have found the Messiah” (which is translated “the Christ”), and he brought Simon to Jesus.

“Come and see” is the invitation into faith in Jesus. It’s the invitation to draw near, to become witnesses to His power, His grace, His life, and to believe. When doubts swirl in your heart of whether you can trust Him or not, come and see. He will show you in His Word, in your life, and when you have your own testimony of His goodness, say to the next person, “Come and see.”

When doubts swirl in your heart of whether you can trust Him or not, come and see. He will show you in His Word, in your life. Click To Tweet Leave a Comment