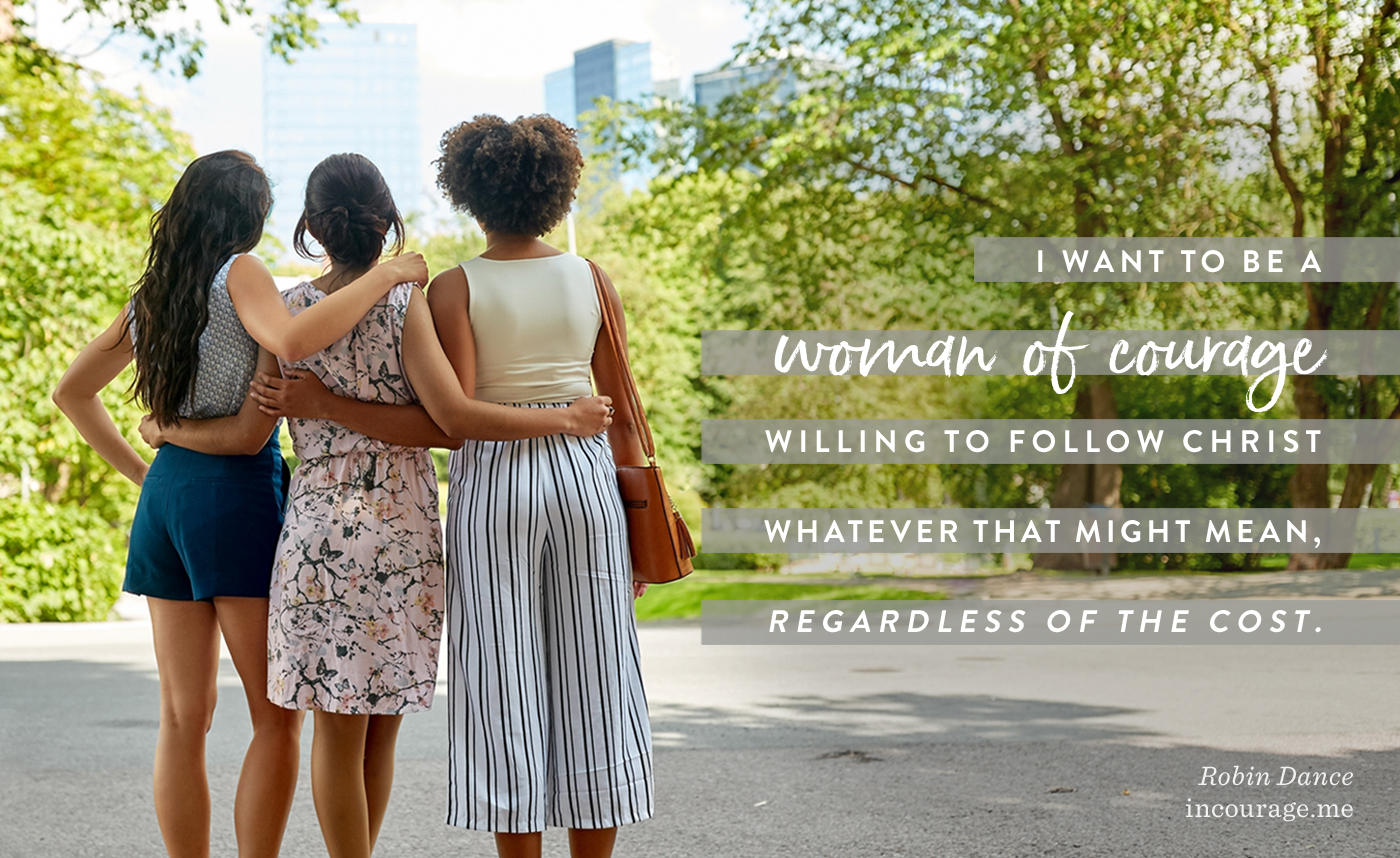 As an early adopter of social media, it has always intrigued me that the conversations I listen to online don’t always mirror the conversations I’m having in real life. I can’t say for sure why that is, but I’m thankful for the courageous voices that teach, inspire, and challenge me to think really hard about really hard things.

It is a particular grace when one of those online friendships becomes flesh, when a virtual connection gets wrapped in skin and sealed with a hug. Is there anything better than an embrace that lingers long after you’ve parted company?

That’s how I felt about Patricia after being introduced to her work through (in)courage and then finally meeting her in person earlier this year. She’s been writing about faith, race, and grace a long, long while, and she absolutely radiates the love of Christ. Through the years, I’ve read countless others like her who tackle the topics that find their way into front page news, stories about people in the margins who, by no fault of their own, endure injustice, face impossible decisions, or who have to navigate circumstances I can only imagine. As for me, I’ve basically been sitting and soaking but remaining silent online, lamenting the scars of injustice while wringing my hands and wrestling with what I can do beyond pray.

Patricia challenged me to do by simply sharing what I’ve been learning. It was the earnestness in her voice that gently urged but didn’t insist — Will you write about it? I heard her say it again and again to other quiet ones like me.

I long to obey, honor, and serve the Lord in gratitude and response for His love for me. I want to be a woman of courage willing to follow Christ whatever that might mean, regardless of the cost. And let’s be honest, the cost to me is a paltry sum, especially compared to the extravagant cost so many have already paid.

So I’ll start in an elementary place, but where the scales are falling from my eyes, enabling me to better see what I might’ve missed before: I’m learning that recognizing and accepting my privilege is a start.

It sounds simple, but for some, it’s not. In his inspiring TED Talk, Recognizing Privilege: Power to All People, Michael Yates points out how research shows that “those with privilege are the least likely and the least willing to admit they even have it.”

I am white, the second born of three children of a married couple in the United States. Anyone who has a story similar to mine is privileged too. Being born in America with white skin and being raised by two parents give you automatic advantages you probably take for granted because it never occurred to you that you were advantaged in the first place.

You and I may never have met, but there are undoubtedly things we have in common. For instance, none of us actually asked to be born. We had zero control over our country of origin, the color of our skin, or whether or not our parents were married, in love, and eager to have children. We had absolutely nothing to do with being born into poverty or wealth or being wanted or unwanted. In my case, not through any effort or initiative of my own but by virtue of my birth, I am privileged.

In recent years, I’ve begun to better understand, process, and admit my advantage due to factors I had absolutely nothing to do with. Some of us are set up for success, or at least have an easier road to success, because of where we come from, because of who our parents happen to be. We are books judged favorably by our cover which is neither fair nor necessarily an accurate reflection of anything else about us.

When I was younger, I recall saying I was colorblind when it came to friends whose skin color was different from mine, and I sincerely meant it as a compliment. It was my naive attempt to reject racial discrimination, to reverse the injustices I saw, to be fully accepting. But years later, I came to understand how that fell miserably short at best and insulting or hurtful at worst.

Mankind is the hallmark of God’s creation, and on purpose, He designed us to have different skin colors. God declares us as “fearfully and wonderfully made.” Good gravy, can you imagine a sixty-four-count box of Crayolas all in the same color? Where is the beauty, the interest, the fun in that? God created people of various skin tones, and for us to pretend not to notice dishonors Him.

The Lord is beginning to open doors in my life, to bridge the divide in small but meaningful ways. Sharing my heart with you, my sweet (in) sisters, to challenge and encourage all of us to be more like Him — a reconciler, a forgiver, a sacrificer, a lover of people — is a start. And if you’re already active in your real life communities, doing the good work of reconciliation or maybe extending welcome to those far from home, will you let us celebrate with you by leaving a comment?

If you haven’t thought about the possibility of your own privilege, I urge you to take four minutes to watch What is Privilege?. I’m curious to hear your thoughts in the comments.

Postscript: Though I wasn’t aware when I wrote this piece, one of my favorite people in the world, sister (in)courage contributor, Lucretia Berry, is creating a new resource and community to “help learn how to contribute to racial healing and deconstructing race/ism.” Read more at Brownicity.com!