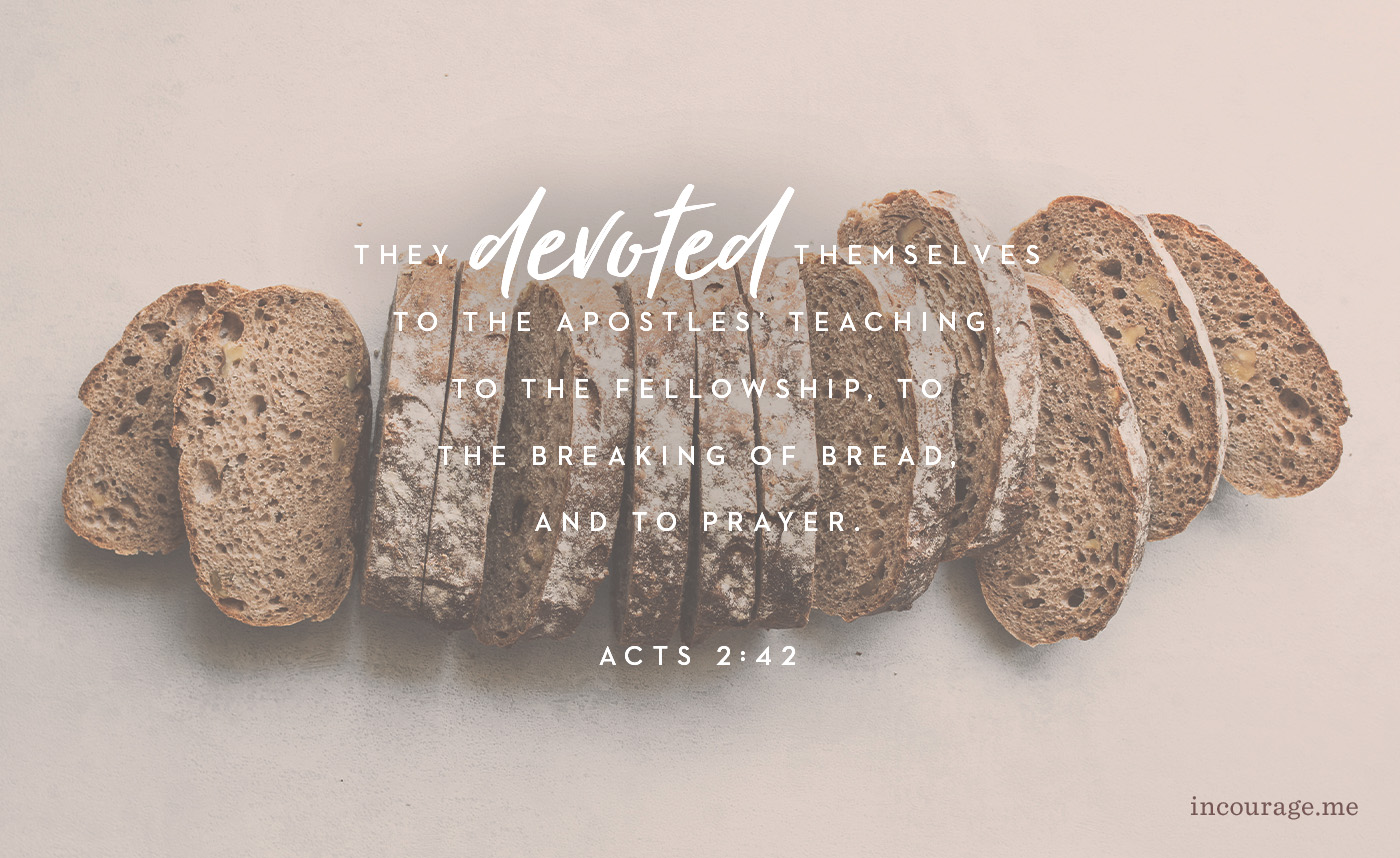 They devoted themselves to the apostles’ teaching, to the fellowship, to the breaking of bread, and to prayer. Everyone was filled with awe, and many wonders and signs were being performed through the apostles. Now all the believers were together and held all things in common. They sold their possessions and property and distributed the proceeds to all, as any had need. Every day they devoted themselves to meeting together in the temple, and broke bread from house to house. They ate their food with joyful and sincere hearts, praising God and enjoying the favor of all the people. Every day the Lord added to their number those who were being saved.
Acts 2:42-47 (CSB)

It’s always striking to read the line, “Now all the believers were together and held all things in common.” There is such unity found in that sentence, a sense of a woven community in the early church. And it came from their devotion to the teaching of the Word, to fellowship and communion with one another, and to prayer.

You may be part of a church that echoes the early church or perhaps you’re part of one that is a far cry from it. You might be in a season where you don’t seem to belong anywhere or a season where church might be found online for the time being. But no matter what, we were created for community. We are meant to share space, life, our hearts, our means with one another because doing so creates the friction that sparks Christlikeness.

So, gather together with sisters and brothers today, break bread, listen to the teaching of God’s Word, sing praise, and be of one Spirit, united in love.