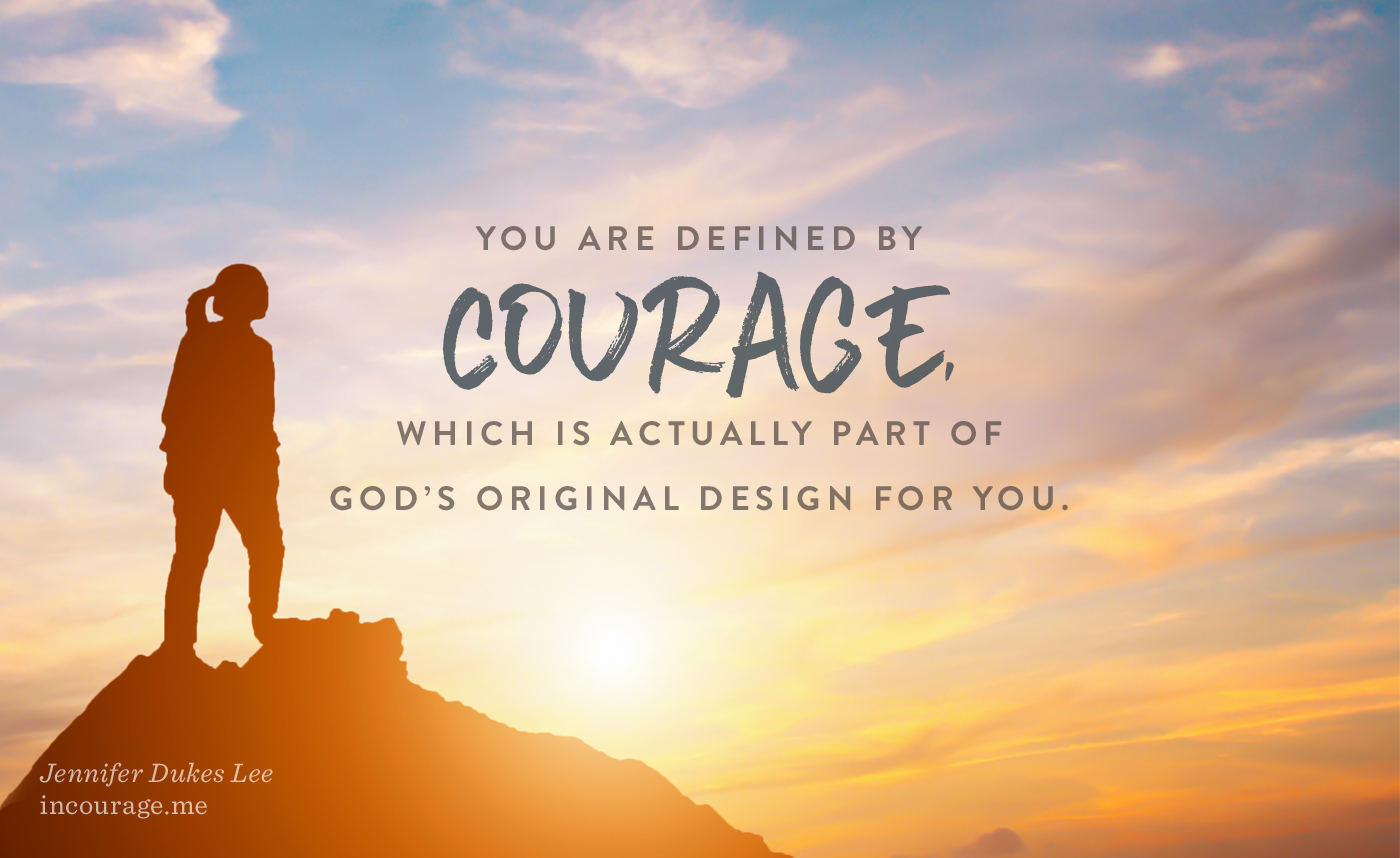 I have always lived afraid.

One morning two years ago, I wrote those words in a blog post about how I’ve often been gripped by fear in my life — fear of failure, disapproval, rejection.

Later that day, a message showed up in my inbox from a childhood friend who had known me since forever. I took a sip of hot tea and read her words.

The friend wrote this: “Jennifer, what you said on your blog really surprised me. You’ve lived afraid? Really? That’s not the Jennifer I always knew. I think you’ve forgotten who you truly are!”

I felt a sudden urge to write back and ask her if she was thinking of another Jennifer. (There were, after all, four Jennifers in our class of thirty-seven students!)

She went on, reminding me of stuff I did even though I was scared: going out for the boys’ baseball team in seventh grade when there weren’t enough girls for softball, jumping off the high board at the Albert City swimming pool even though I was terrified of belly-flopping, running the mile in track even though everyone knew I’d come in last place.

As I read each point she made, a moment of awareness flickered inside of me. I had to ask myself: Have I really always “lived afraid”? Or have I been a victim to my own crappy self-talk?

Sometimes we get so caught up in our current crappy self-talk of fear that we forget how often we actually have called on courage, deep within us, to do scary things.

The whole idea stuck with me for days. What if, I wondered, we really did have more courage than we thought? What if the spectators to our lives could tell us a different story, like my old friend did for me?

You and I both have moments in our history where we actually refused to believe the crappy self-talk we tell ourselves and stepped out in faith and bravery.

On the left side of a sheet of notebook paper, I wrote every year of my life. I drew a line down the center. On the right side, I wrote one brave thing I did in that year, if I could remember one. Here are a few of the entries:

1977 – Survived first day of kindergarten, despite bawling the morning Mom dropped me off.

1990 – Left a graduating class of thirty-seven kids in small-town America to be a student at a major university.

And on and on the list went — from motherhood to work, to surviving seasons of grief, to my current life in ministry and writing books. On the paper was a regular pattern of life-changing decisions alongside practically forgettable moments that created a picture of a braver, stronger me.

Now it’s your turn. For a moment, I want to be the friend in your inbox telling you what my friend told me: “You are brave!” And I want to encourage you to take out a piece of paper, draw a line down the middle, and start making your list. That’s one thing you can do to stop living afraid, starting today.

Girl, stop saying you’re too scared. Stop hiding. Stop saying there’s no way for you. Look back on all you’ve done. Your history tells another story.

Look, I get it. I know we’re going to face daily moments of anxiety and fear. But you are not defined by it. You are defined by courage, which is actually part of God’s original design for you.

Can I geek out on you for a minute about the meaning of the word courage?

The root of the word courage is cor, which means “heart” or the “seat of emotions.”

Think about the “seat of emotions” image. Our hearts — our cors — are like chairs. Every emotion has a chance to sit upon those chairs, whether that emotion is happiness, sadness, anger, or in this case, FEAR.

Your cor gets to decide who takes a seat. It gets to decide what emotion treats your heart like a throne. Your God-made cor is the seat on which every emotion sits, not the other way around.

When you decide to take a chance, to do the impossible, to hope for the best, you are calling on the Holy Spirit to empower your cor. You are calling up the courage within you, and you are pushing fear off the seat.

Be strong. Take courage. Don’t be intimidated. Don’t give them a second thought because God, Your God, is striding ahead of you. He’s right there with you.
Deuteronomy 31:6 (MSG)

ACTION STEP: Make that list today. I would love to hear what made your list, and pray for you. You can email me, or leave a message in the comments. I promise to read every one. If you make a physical list, take a picture, and post to social media. Tag us on Instagram: @dukeslee and @incourage. Show us your brave!

Girl, stop saying you’re too scared. Stop hiding. Stop saying there’s no way for you. Look back on all you’ve done. Your history tells another story. -@dukeslee: Click To Tweet Leave a Comment