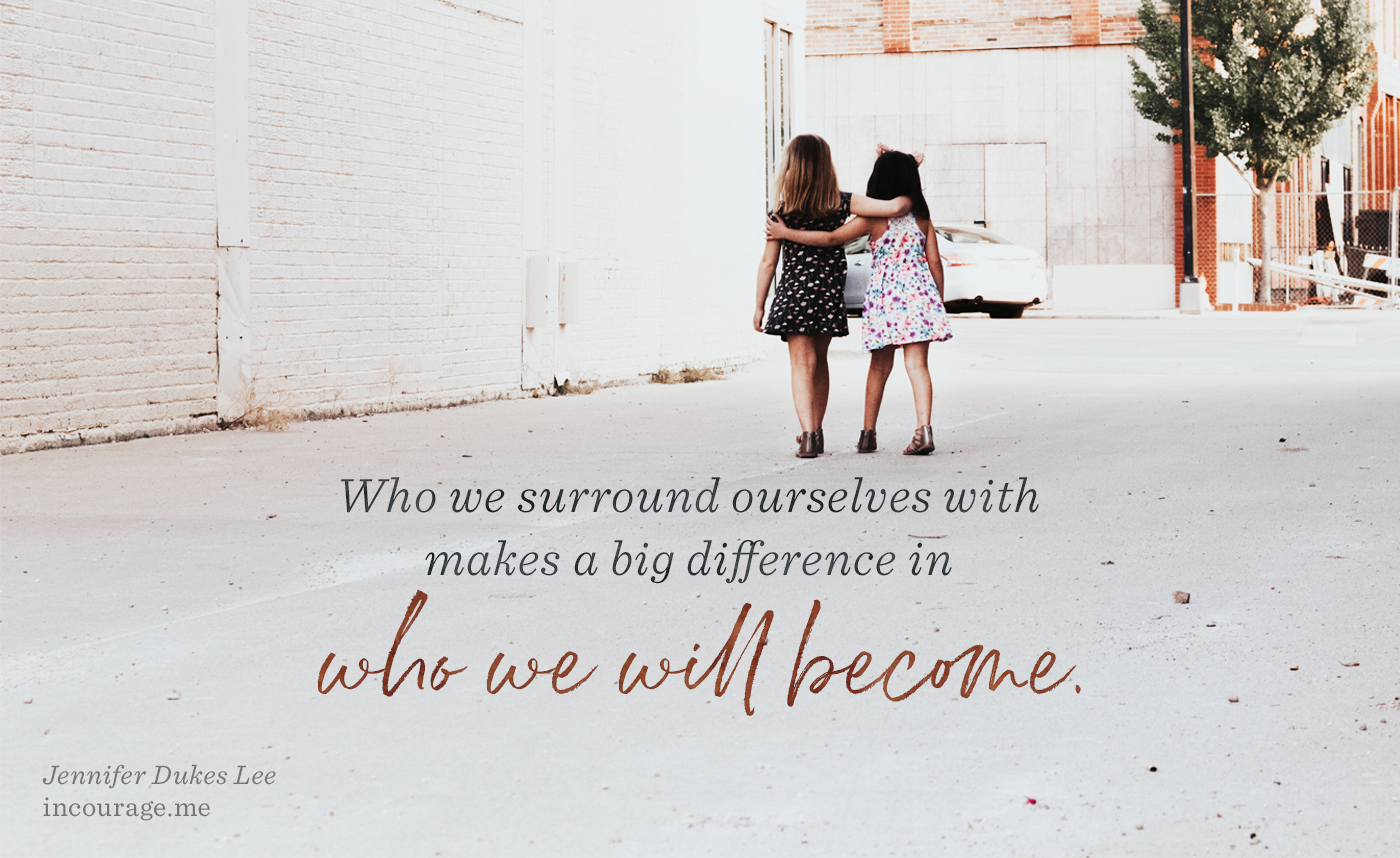 I was a first-grader. It was a warm spring day, so all of the kids had stripped off their heavy coats at recess and left them in a big pile. As I walked past the pile, I heard voices. The voices belonged to two girls in my class — girls who I thought were my friends.

From underneath the pile, they were calling me horrible names. I was heartbroken and spent the rest of recess hiding behind the evergreen trees on the edge of the playground, wiping tears away with my sleeve. I wondered if maybe my friends were right. Maybe I was as awful and ugly as they had said I was.

At age seven, I hadn’t developed the inner strength to fight off the lies that found me under that pile of coats. I wasn’t much better as the years went on. I encountered more scenarios where I encountered the cruelty of other kids, and I often felt like the odd kid on the outside of everything cool. With each rejection, my self-worth was eroded. All that pain eventually became the story I believed about myself.

I did a lot of things to try to be amazing and compensate for my flaws. But most of the time I just felt . . . weird.

It took me a lot of years to find that my own brand of weird was actually quite wonderful. It took me quite a long time to realize I was preapproved.

That journey toward loving myself — as I was, not who I was trying to be — began in college. Of course, God was a huge part of that. One of the ways He worked was through friends. In college, I found a few people who helped me be the best version of myself, and I did the same for them.

That was a huge step toward embracing who I was and becoming all God created me to be.

Like my friend Holley Gerth says, “The journey of life isn’t about how far we go — it’s about who’s with us.”

Who we surround ourselves with makes a big difference in who we will become.

1. Be with those who help you be you.

You are wired the way you are for a reason — to make this world a better place and to bring God glory with your unique set of gifts. Surround yourself with people who want to nurture that person.

2. Be with those who believe in your dreams.

We need cheerleaders on our journey. We need people who will see the best in us. We need friends who will help us stand up when we fall — because they believe in our dreams as much as we do.

3. Be with those who make you better, not bitter.

There’s enough negativity in the world; try not to insulate yourself with people who see the worst in everything. Negativity is contagious, but so is positivity. Find the positive people, and be one of those people.

4. Be with those who aren’t afraid to hold you accountable.

Often, the people who believe in you the most — the ones “who help you be you” — are the same people who aren’t afraid to speak truth when it needs to be spoken. Keep those friends especially close.

And lastly, it’s not enough to surround yourself with these people. BE one of those friends to the people in your life.

Your turn: What kind of friends do you need most?