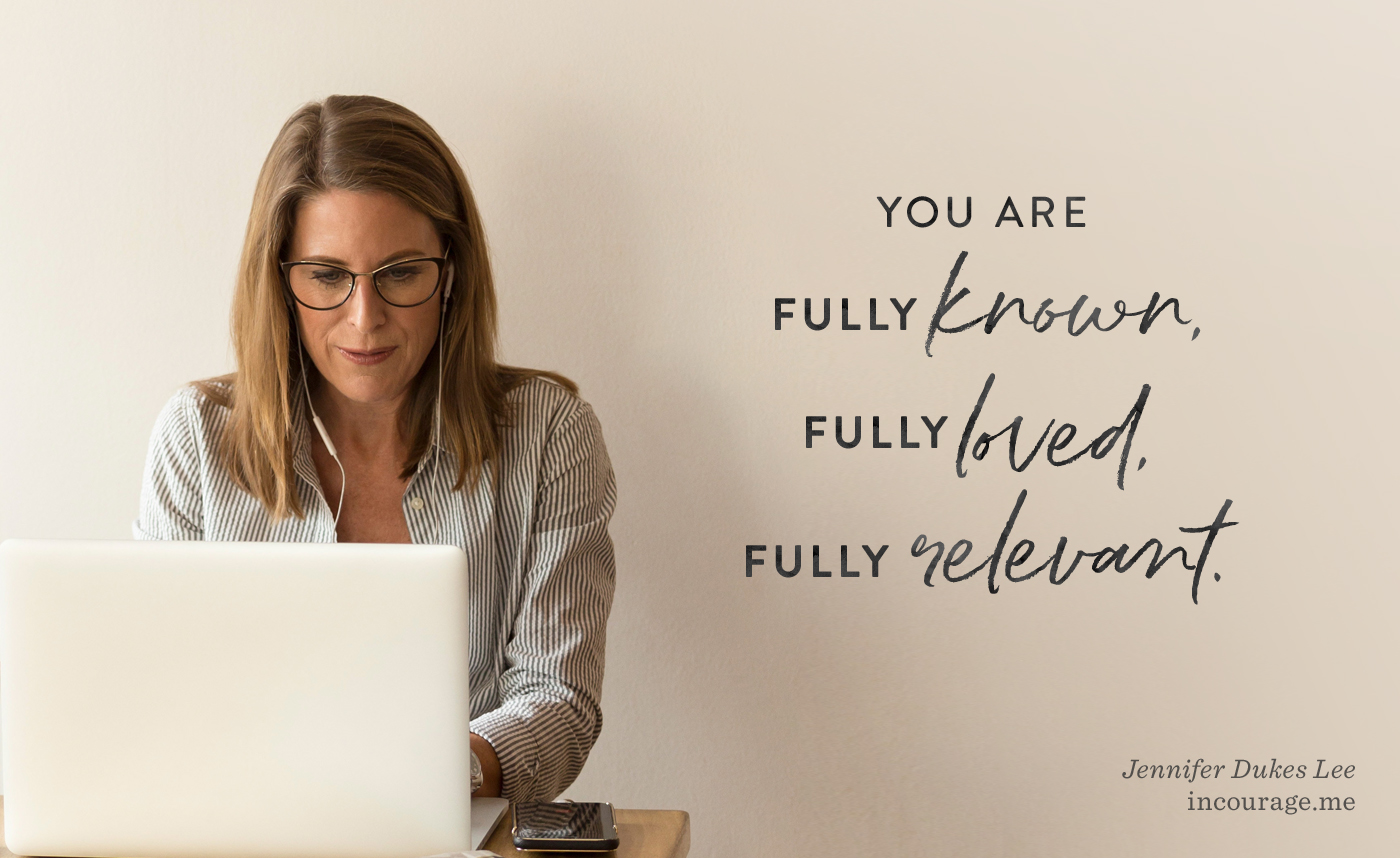 The other day, an email popped up in my inbox, one I had been waiting for expectantly. It was from a popular podcaster, and I hovered my mouse over the subject line.

Weeks earlier, I had emailed the podcaster, asking her if she might consider having me as a guest to talk about some of the themes of a book I had recently written. I felt like my message was a perfect fit for her audience, so I had spent a lot of time crafting my pitch to her.

I clicked on the email and read her words. That’s when my heart sank a little: “Thank you for reaching out about being a guest on our show, but . . . ”

Thank you for reaching out, but we have plans to feature other guests in 2019.

A series of questions ran through my mind as I stared at the email. Didn’t she see the value in what I had to offer? Why did every other guest have something worthwhile to say but not me? Am I not good enough? Am I not relevant?

Later that day, I made the really poor choice to mindlessly scroll through Instagram, pausing long enough on photos of women who clearly were funnier, more relevant, and more interesting than me. I’ll bet that podcaster would love to have these women as guests!

Yes, this really was about as pathetic as you are imagining. (That’s why I almost didn’t tell you about the whole embarrassing thing.)

But then something else happened, and I knew I had to share my insecurities with you.

Over the next several days, I crossed paths with so many other women who were feeling set aside, overlooked, and invisible.

Two writers, with dreams of getting their books published, reached out to me and said they felt hopeless. All they had were stacks of rejections. They didn’t feel relevant.

A friend got passed over for a promotion at her office in favor of someone younger and, in her view, “more savvy.” She no longer felt relevant.

Another friend who’s a stay-at-home mom remarked that she felt invisible and underappreciated at home, like she just “blends into the furniture” — not at all the way she felt when she had a full-time job.

And then, a talented photographer that I follow on Facebook wrote these words to her followers: “Y’all, I am tired. And I am apparently invisible. . . . I’m going to take a break and go introvert for a while into the new year. I need some time to be okay with offering myself and my art into the world again, even if it’s not received.”

We aren’t alone in these feelings of invisibility, are we?

We look around sometimes and feel like everybody else has it all figured out. We wish we didn’t care so much about conventional popularity, but it feels like that’s the commodity for success and meaning in 2019.

Even the most popular person you know likely feels it, and no matter how high you climb, it seems like you’ve got to figure out a way to climb higher. In the race to matter more, we face the constant pressure to build online legacies and continually reinvent ourselves. And all of it is killing our focus and creativity because we’re afraid that what we have to offer will never truly be adequate.

This morning, I’d had enough of it all. I opened up the Bible, absolutely desperate for God to show me something, anything, to help me push aside recurring feelings of irrelevance. I landed on the story of the woman in Luke 8 who had been tucked away in her house for twelve years, needing healing. It’s safe to say she probably felt unseen and unnoticed. When she heard that Jesus was coming, she stepped outside, took a chance, and touched the edge of Jesus’ cloak. Immediately, she was healed.

Pay close attention to what happened next: Jesus asked who had touched him. The woman knew right away that she had been found out.

“When the woman, seeing that she could not go unnoticed, came trembling and fell at his feet” (Luke 8:47 NIV, emphasis added).

Other versions of the Bible say it like this:

“She could not stay hidden.” (NLT)

“She had not escaped notice.” (AMP)

Here’s my favorite: “The woman saw that she was discovered.” (HCSB)

She was not a nameless face in the crowd after all.

She was discovered by Jesus, on account of her reaching out in desperation for Him alone.

We need that kind of healing today. Many of us are desperate to matter more. And when we admit it, that’s when we see clearly what matters most: Jesus.

I don’t know what your dreams are. I don’t know about your rejection. I don’t know the last time you felt invisible. Maybe it’s right now, in this moment. Reach out and touch the hem of Jesus’ robe, and know that you have been “discovered.” You are fully known, fully loved, fully relevant.

Many of us are desperate to matter more. And when we admit it, that's when we see clearly what matters most: Jesus. -@dukeslee: Click To Tweet Leave a Comment