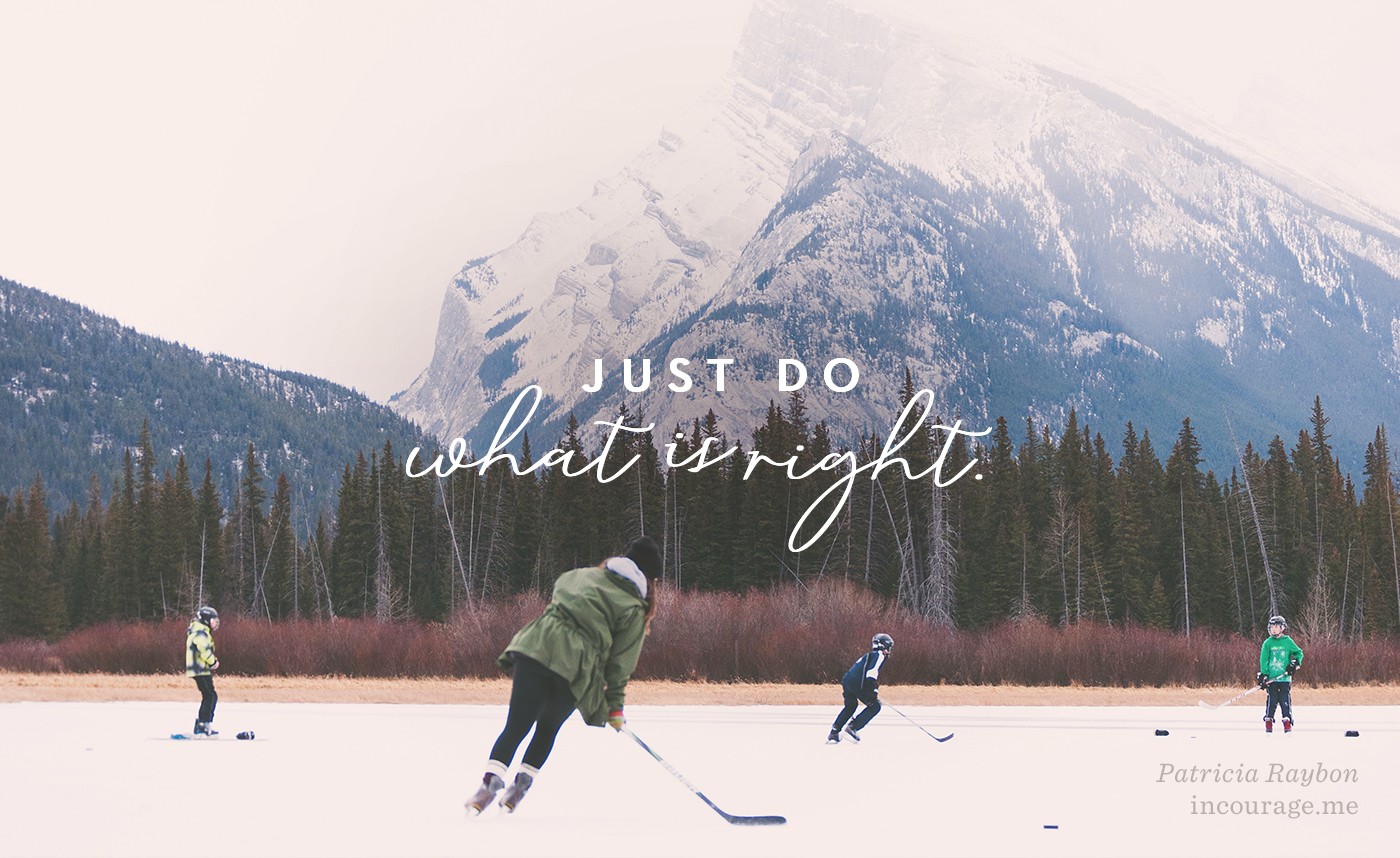 They play hockey, these kids. They love the game. They love each other. They love courage. Thus, when their thirteen-year-old teammate got taunted by other teams because he’s black, these white kids said no.

Not gonna take it. He’s our friend, so leave him alone. Cut out the taunts. Stop the putdowns.

And with that, something changed. Standing up for their friend, this scrappy bunch of kids from the Metro Maple Leafs in Odenton, Maryland, inspired the grownups — parents and coaches — to follow their lead.

Yes, stand up for a little kindness.

Or, as I ask on this Martin Luther King Jr. Day, shouldn’t we all be doing this? Standing up for each other? Holding up each other’s arms? Yes, turning toward each other, not turning away? For a brave answer, I look hard to the Bible, which teaches:

A friend loves at all times, and a brother is born for a time of adversity.
Proverbs 17:17 (NIV)

Said another way by a brave mother in the Bible:

Speak up for those who cannot speak for themselves; ensure justice for those being crushed.
Proverbs 31:8 (NLT)

I ponder these thoughts today, especially for MLK Day — this day of unity and service. First, however, I reflect on these sayings because of that hockey incident earlier this month. You might’ve seen it in the news. A black kid was taunted. His white teammates said no.

Reading the story, I couldn’t help but marvel at the clear-eyed courage of these determined, young teenage boys. Here was their friend hearing the worst. The n-word. Monkey sounds. One hockey opponent told him, “Get off the ice! Go play basketball!”

Referees might’ve heard this poison. Coaches, too. For sure, the black kid — Divyne Appollon II — heard the name calling often. Trash talk in hockey often comes with the game.

“I just learned not to get upset by it. I try not to even hear them.”

His teammates heard something worse, however. And they’d heard enough, indeed. Thus, there was a fist fight. (These are thirteen-year-olds, after all.) Punched in the face during the brawl, Divyne fought back. A referee suspended him from the game.

Explaining to team parents what had happened, he stirred even more player support: “They were so angry about it. They seemed even angrier than us (Divyne’s dad and sisters).”

Other parents were angered, too. “It brought tears to my eyes,” said a team mom, Tammi Lynch. “To hear from him how pervasive it has been, how he’s just let it roll off his back — I think we had no idea.”

Inspired by their sons, the parents then did a little but great thing. They created a small logo using a hockey stick as a slash mark to cancel out the word “racism.” Printing them out on round stickers, they gave a logo to each boy, who, right away, pasted the logo on his hockey stick.

To drive home the message, parents wore the logo over their hearts. Later, the kids tweaked the wording, making it say “Hockey over Hate,” and posting it on Instagram, the team got requests from other teams asking for the logo.

“At this point,” said Lynch, “standing by and not saying anything is being complicit.”

Dr. Martin Luther King said something similar, “The time is always right to do what is right.”

More importantly, however, what we do doesn’t always have to be massive or mountain-moving. It just needs to reflect God because God is fighting the battle. As my fellow writer Stephanie Bryant said of Joshua in an (in)courage post last spring, “Instead of focusing on each battle, Joshua focused on God because God gave the victory to them before they even fought.”

Therein is the key to standing up with courage and love for unity and kindness: God accomplishes the victory; our job is to step into it.

A few brave kids in Maryland showed us how: when friends are hurt unfairly because of the color of their skin, stand up and say no. Nothing more complicated is required. I needed to see that. When it comes to talking about MLK Day, I can complicate it. Still wounded by old pain, I can dive headfirst into a heavy treatise on racial injustice, trying to make a fresh point with old hurt.

Instead, young hockey players in Maryland simplified the issue. Just do what is right.

As Dr. King said, “We must learn to live together as brothers or perish as fools.” Of course, our blessed Jesus taught that lesson this way: “Love your neighbor as yourself” (Matthew 22:39).

His words sum up this day better than I ever could. Yes, love each other. But if we forget how, watch our kids. They’re already teaching us what love really means.

The key to standing up with courage and love for unity and kindness: God accomplishes the victory. Our job is to step into it. -@PatriciaRaybon: Click To Tweet Leave a Comment