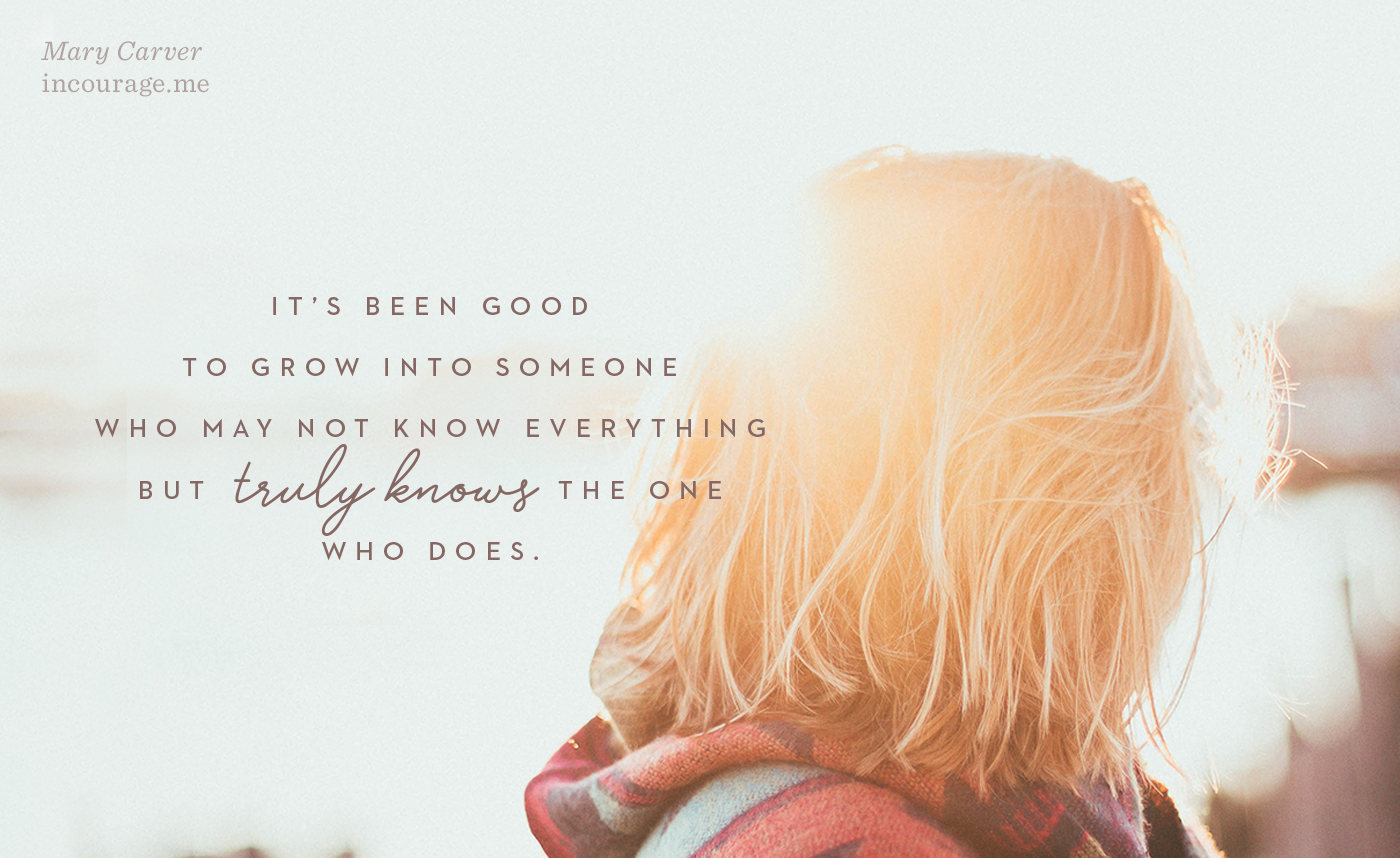 I’m sitting at Panera on a Sunday afternoon. I got here early enough to snag a booth for my laptop and me, but as the lunch crowd has grown I’ve grown self-conscious. People are probably mad that I’m taking up a whole booth, I think. I should get up and move. But as I crane my neck to look for a smaller table, preferably one near an outlet, I only see people settling into chairs or carrying trays of sandwiches and salads.

No problem. I’ll just get up to refill my cup, and while I’m walking to the drink station, I’ll look for a table.

So I do. I slide out of my booth, refill my cup with iced tea, eyes darting around the restaurant to locate a seat that won’t impose on other customers quite as much. I don’t see anything, so I go back to my booth, slide in and start to stick my earbuds back in my ears. That’s when she tapped me on the shoulder.

She then kindly informed me that the back of my skirt — an overly long, full affair that had been annoying me all day long — was caught in my waistband. As she saw the horror appear in my eyes, she reassured me that nobody had seen a thing because (thankfully) I was wearing a slip. We chuckle about how my mom raised me right (right = wearing a slip under skirts, obviously), and I thank her profusely. She walked back to her table, and I sat at mine, no longer worried about offending customers by taking up a table meant for four.

Clearly, I had bigger, more humiliating offenses to worry about!

The coincidence — or more accurately — the painfully tangible confirmation of something God has recently taught me makes me chuckle. I’m here, now at a corner table near an outlet, to work on a writing project, one that relies on Scripture more than anything I’ve ever written. Just a few weeks ago, I messaged my manager, double checking that an editor would carefully review my work before it reaches the public. I’ve grown up in the church and know Scripture fairly well, but a biblical scholar I am not. Not even close! And the thought of making a mistake with the Word of God and of that mistake being left uncovered or un-fixed for all the world to see was enough to bring on small bursts of panic (and not a small amount of writer’s block!). My manager assured me that editors and experts would check my work; they wouldn’t publish any heresy with my name on it.

It wasn’t long ago that asking for an editor would be the last thing this perfectionistic and prideful writer would have done. After all, I’m not just a writer; I’m also an editor. What could anyone possibly teach me?!

Yikes. I know. That line of thought is ugly, but it’s real. Thankfully, though, it’s growing faint as God teaches me to be teachable, as He’s showing me to hold my words and my knowledge and even my convictions loosely in light of His Truth. It’s not been easy; peeling off layers of pride never is. But it’s been good. It’s been good to recognize my sin and feel God’s prompting to let it go and to grow into someone who may not know everything but truly knows the One who does.

When the woman at Panera pointed out my exposed backside, I was mortified. I could feel my face burn bright pink as she patted my shoulder, and I couldn’t decide if her kindness made the whole situation better or worse. When she left me alone, I sat staring at my laptop screen. What do I do now? I wondered. I could have buried my head, I could have gathered my misbehaving skirt and left, I could have texted my friend who convinced me to buy the skirt and inform her that my humiliation was all her fault.

Instead of all that I chose to covertly (ha!) yank my skirt back into respectability and move across the aisle to the table with the outlet for my low-battery laptop. I wouldn’t say I held my head high, but I did think for a while about how many people saw me and didn’t say anything, about how one woman braved an uncomfortable conversation with a stranger and did.

As she finished her lunch and left, she stopped by my new table. I pulled out an earbud and looked up. She smiled and said, “Remember our deal.” I smiled politely and nodded, not sure what she meant at first. But then I realized she meant that we’d made a deal to tell someone when her slip is showing. And then I smiled for real.

Though embarrassing, a twisted skirt, a tag on the outside, or a typo are easy gaffes to point out or to have pointed out to us. But sometimes we need our sisters to gently tell us we’ve made larger mistakes. When a friend keeps making excuses for her harmful choices, we need to be brave enough to talk to her about it. And when a friend approaches us about our recent slide back into old habits, ones we vowed to never pick up again, we have a choice. We can react with anger or run and hide, or we can thank her for having the courage to say something.

But as my new friend in Panera reminded me today, “I’d want someone to tell me.” And like I told her (and repeated to myself), I’m so glad she did.