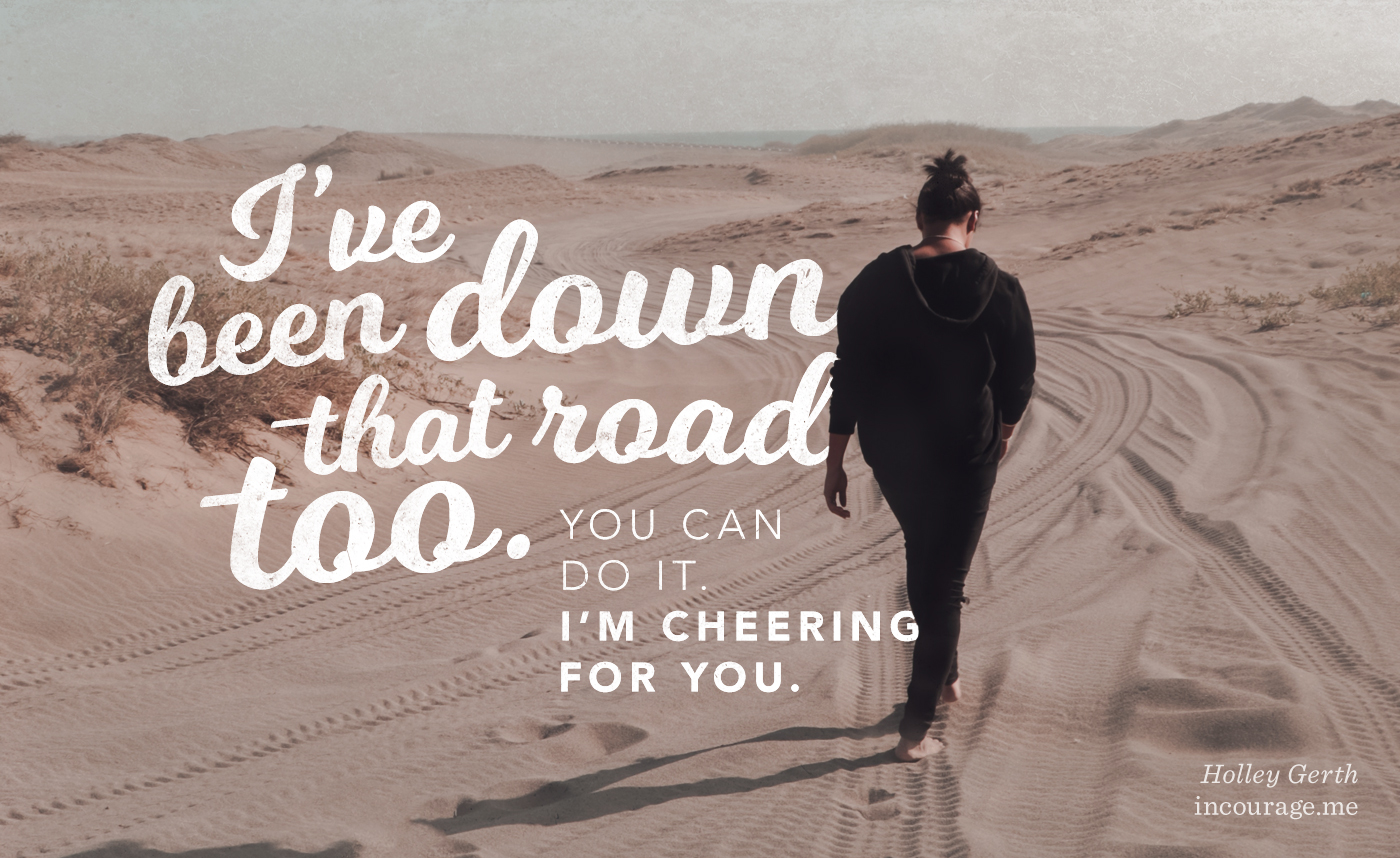 I’ve just come from a long walk in the summer heat (be thankful you can’t smell me). Mark and I were running errands, and he suddenly remembered he needed to be somewhere soon. I wanted to head home. When we got to the end of the main thoroughfare to our neighborhood I said, “You can drop me off at the corner, and I’ll walk. I was planning to exercise anyway.”

He agreed and unceremoniously deposited me in front of a stoplight. I wondered what the truck in front of us speculated about this occurrence. Lovers’ quarrel? Suspicious character in yoga pants?

I’d driven down this particular road dozens of times but never walked it. Whizzing by in the car I didn’t notice how the red dust tastes like copper on your tongue. I didn’t hear the roar of cars in a hurry and know the way a semi-truck can sneak up on you like a snorting bull. I found out the pair of scruffy dogs behind a chain link fence were friends not fighters.

At first I felt intrigued by all of this but as the minutes went on and the sun beat down I began to notice other things too. I realized how unbearably warm the air is mid-afternoon, how there are cracks in the sidewalk waiting for unsuspecting toes, how the hills seem so much steeper and more exhausting when you don’t have an engine.

I glanced at the cars going past me and imagined one of them noticing my growing angst then rolling down their windows to give me advice. “Pick up the pace,” they might say, “Swing your elbows more.” At this point my response might be something which could not be publicly mentioned. I then considered how we live in a world of drive-by opinions. We face a challenge in life, and suddenly people have all kinds of thoughts about it. Well-meaning folks make off-handed remarks that start with, “You know you really should . . . ”

I’ve come to believe if we have not walked a particular road personally then we ought to approach any comments about it very, very carefully. Because sometimes life drops us off on the corner, and there is no time for preparation — only perspiration. When this happens, we don’t need “how to” but instead “me too.” We need folks who will just come alongside us or at least tell us they’ve been there. We need to hear we’re still loved, it’s okay to not be okay, and small steps add up to big things. We need the grace of Jesus.

If we find ourselves the recipient of lots of unsolicited advice (or even criticism), we often become overwhelmed. Then we feel shame and guilt because we’re not doing it right, because we’re melting on the sidewalk while going the speed of an ancient tortoise. The cars keep coming by with people yelling what they think we should do out the windows. We try to apply it all, but we can’t. If we were good people and better Christians, then we would be able to do it the way everyone tells us we should. What’s the matter with us?

We can become discouraged when we begin to think we have to do what everyone else tells us is the best way. The reality is it’s their way.

I finally rounded the corner to our neighborhood and breathed a sigh of relief.

From now on I’ll look at the road I walked down differently. And if someone told me they were about to start down that same path there would be plenty I could say. But I think I’d stick to this, “Thanks for telling me. I’ve been down that road too. You can do it. It’s going to be both harder and more beautiful than it seems. I’m cheering for you.”

If you’d like more encouragement in your walk with Jesus you’ll find it in Hope Your Heart Needs: 52 Encouraging Reminders of How God Cares for You. It’s brand new, and here’s a free excerpt.

When life happens, we don’t need “how to” but instead “me too.” - @HolleyGerth at @incourage: