I walked right past the little guys — tiny seedlings, half-priced at Home Depot. Sitting on a low shelf behind the “bigger and better” flowering plants, the tiny alyssum barely caught my eye. They weren’t showy enough to give what I get most out of gardening — a sweet release from life’s hard hits. “Vicissitudes,” as our late pastor used to call them, weigh us down. Gardening softens the hurts. But the tiny alyssum? As a flower friend, it seemed too small to help.

But my youngest grandchild — a small itty-bitty herself — took one look and declared the plants “so cute!” Then she begged, “Can we get them? The littlest ones!”

For her, I added one small tray of tiny alyssum to my shopping cart. But would it grow? I doubted it. Did it fit my gardening needs and vision? Probably not. I had my hopes on a “spiller-thriller-filler” combination for my front yard containers this year, and barely-there alyssum didn’t meet the plan.

I had dreamed of sweet potato vines spilling grandly out of my pots. Maybe dramatic coleus. But tiny alyssum? Not a contender. That’s all I expected anyway. Low expectations, however, don’t yield much. The Bible teaches us that. As James says of hopeless doubters:

Such people should not expect to receive anything from the Lord.
James 1:7 (NLT)

But was that me? Hopeless and doubting? If so, I was like the lame beggar at the temple gate. He sat there all day, begging people for money. But did he ask God to be healed or expect God’s best? Apparently not.

As for me and those tiny alyssums, I never asked God to help them grow. Instead I fussed over my favorite, “reliable” plants – marigolds, salvia, and Mexican paintbrush (or algeratum). Sure enough, they took root and took off. In every pot, they flourished.

But the alyssum? They struggled. On hot days, they wilted. On cool days, they faded. When I watered, my amounts never mattered. Seeing their lack of progress, I confess I took to griping. These little plants are failures. Yet could I raise my expectations? Could I recognize the problem wasn’t with the alyssum but perhaps with me?

Those questions finally stopped me cold.

If I held such limited hopes for a tiny plant, what limits do I place on Almighty God? Do I doubt, on a regular basis, that He grants to us His absolute best? Was I distracted by my own limited abilities instead of praising the Lord for His unlimited power to be the difference — not just with my gardening but with my life?

As I prayed over such questions, the Lord answered in His own beautiful way: He brought rain.

For almost a week in July, the heavens in eastern Colorado opened. Day after day, gentle showers poured down. When the rain stopped, glorious sunshine soon followed. And my alyssum? Kissed by the sweet grace of God, the tiny plants sat up, stretched forth, and fully thrived. They even outperformed the others.

Amazed at the plants’ lush beauty, I posted a picture on Facebook, declaring a sweet life lesson: “Never count a little guy out!”

A much bigger truth was realized, however, by the lame beggar at the temple gate. Asking only for money from Peter and John, he finally heard Peter’s admonition: “Look at us!” Peter’s meaning was clear: See God! Not your own limits.

As Peter said to the man, “Silver or gold I do not have, but what I do have I give you. In the name of Jesus Christ of Nazareth, walk.” And that’s what he did. Blessed by Peter and John’s bold expectations, he started “walking and jumping, praising God.”

Onlookers were amazed, of course – not unlike those on Facebook who “liked” the photo of my bountiful alyssum. Peter taught the onlookers at the temple gate that God enabled the miracle through faith in His Son.

By faith in the name of Jesus, this man whom you see and know was made strong.
Acts 3:16 (NIV)

The same is true for plants and also people. As we raise our hopes in Him, He will grow our faith, enabling us to flourish, serve, and thrive. Then, even the smallest among us can matter. God bless us, indeed, to expect His best. Then let’s watch Him work. 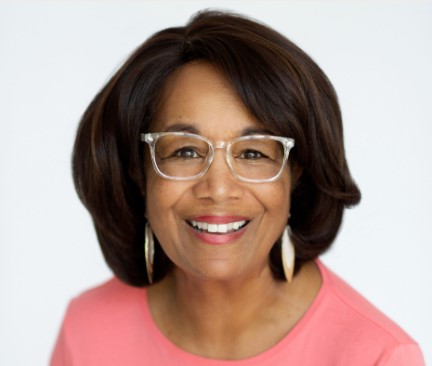