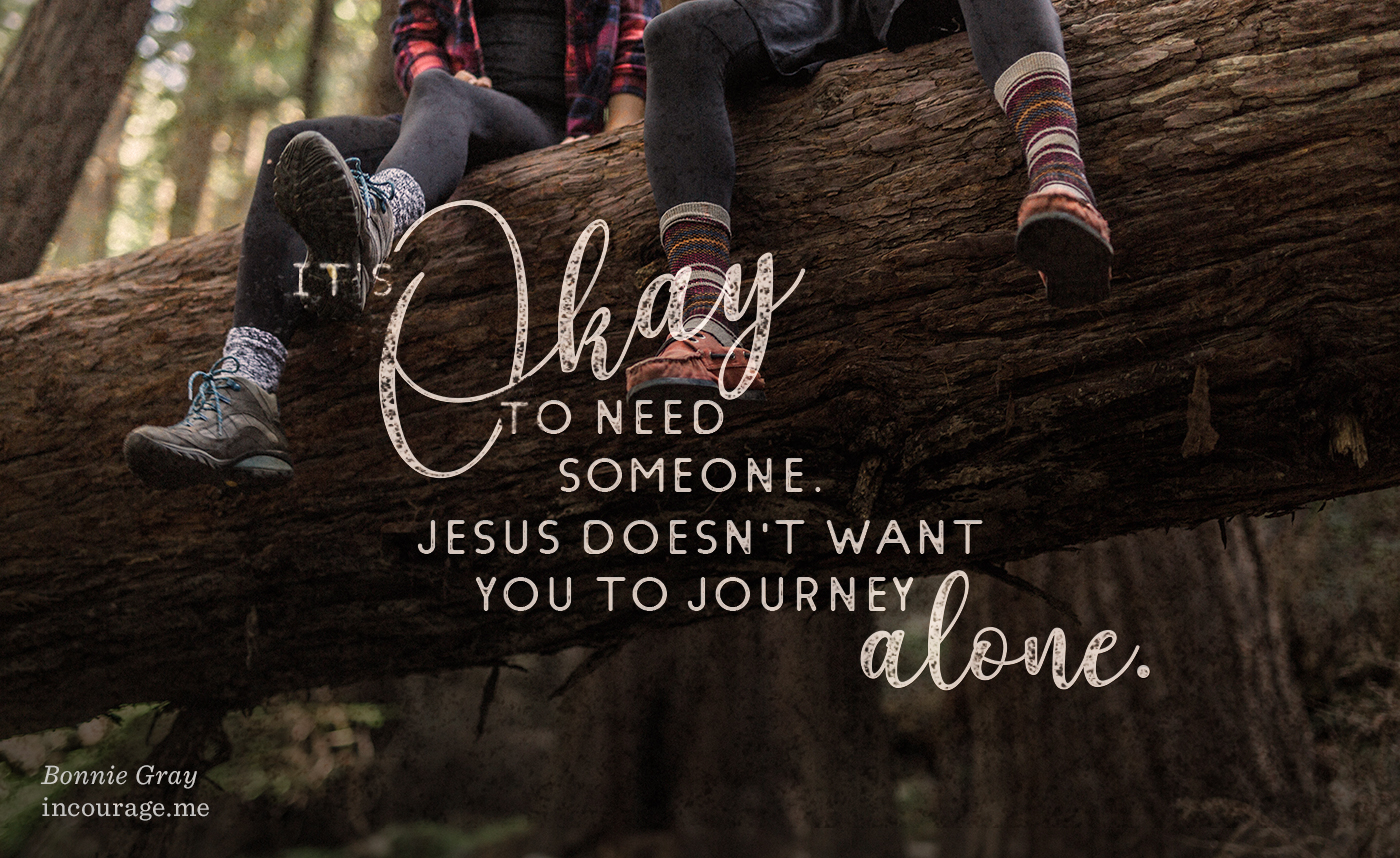 We all need someone.

This is a beautiful, lonely, hard, and easy truth. Beautiful if you have someone. Lonely if you don’t. Hard for the times you’d rather not need. Easy for the times when someone you need needs you, too.

As my second book Whispers of Rest was published, you might’ve seen me with my loving husband, Eric, and two beautiful boys and you might’ve thought I ought to have been so happy.

I was. But I want to confide in you. I want to tell you that the journey to find rest – to really becoming the Beloved, may inevitably lead you back to parts of your story — people, experiences, conversations, or situations — you’d rather avoid. That are painful but honest. You may be tempted to choose safety. To stay quiet and hide, rather than be vulnerable and real.

You may have to make hard decisions where there are no certain outcomes. You may have to take up a cross that’s hard to bear. Maybe, like me, in order to follow God where He wants to take you, you will need to go through uncertainty. Maybe even loss.

Even though you know God is with you and faith will get you through, you cannot avoid the hardness of the journey. And even though there is much to be thankful for — and you’re grateful for how God walks with you — you cannot deny the weight of the cross on your shoulders.

The hardness of the journey doesn’t mean you’re on the wrong path.

God calls you to dare to experience being His Beloved. As is. Today. To step out and make choices you’ve never made before. To say no, when it’s more comfortable to say yes. To say yes today, rather than waiting to be better tomorrow.

It’s hard. Who are we to call ourselves Beloved — in light of our brokenness?

It’s the same question launched at Jesus by the Roman soldiers who put a staff in His hand to mock Him as king, crushed a crown of thorns onto His head, and whipped Him, then threw Him out of the praetorium.

The praetorium was the governor’s hall, where Pontius Pilate issued Jesus the death sentence, where the soldiers assaulted Jesus emotionally, hurling wounding words targeted to bring shame and humiliation. It wasn’t enough to break His body. They wanted to also break His heart and His spirit with their words. (See Matthew 27:26–31.)

They mocked Him —Who are you to call yourself a king? After this abuse occurred in secrecy (isn’t that where abuse takes place?), Jesus took His steps through the very public streets of Via Dolorosa. In front of everyone.

“As the soldiers led him away, they seized Simon from Cyrene,
who was on his way in from the country, and put the cross on him
and made him carry it behind Jesus.”
Luke 23:26 (NIV)

It’s likely that following His beating, Jesus could not physically carry the cross all the way to Calvary.

In that moment, a man whose journey somehow crossed Jesus’ path was pulled in to help Him. We don’t know if Simon even knew who Jesus was. Did they exchange even a single word? It’s unknown.

All we do know is that an ordinary person helped the Savior. Through one simple, understated act, a person became part of the journey with Jesus.

It’s okay to need someone. When the cross is too heavy to carry — but we still want to be faithful to see the journey through — we should not be ashamed to need someone. It isn’t shameful to struggle — because we are still, and always, beloved.

Is Jesus calling you to step forward on a journey that feels uncertain and daunting?

Don’t be ashamed at the weight of that cross. Or what others might say about you.

Listen to Jesus assure you that He carries your emotional wounds, so that you can be healed of all shame today:

“He was despised and rejected by mankind,
a man of suffering, and familiar with pain.
Like one from whom people hide their faces
he was despised, and we held him in low esteem.

Surely he took up our pain and bore our suffering,
yet we considered him punished by God,
stricken by him, and afflicted.

But he was pierced for our transgressions,
he was crushed for our iniquities;
the punishment that brought us peace was on him,
and by his wounds we are healed.”
Isaiah 53:3–5 (NIV)

Experiencing shame won’t keep Jesus from you. He wraps His healing love around you. Keep stepping forward.

Think of Jesus. Imagine how His steps on the Via Dolorosa were soaked in shame and emotional anguish amid the sea of wounding voices. Then think of Simon who walked alongside Him, carrying the cross for Him.

Jesus needed someone. He doesn’t want you to journey alone either.

God’s Loving Whispers to You

Beloved,
When the weight of the journey feels heavy,
and you feel all alone, come to me.

I’ve felt every sting of the hurtful words hurled at you,
as I walked the broken road long ago
and even now, as I walk it again with you.

Now let me place someone on your path.
To carry your cross with you.

It’s okay to need someone.
Let me love you through a friend.

Don’t be afraid.
I call you by name. You are mine.
Stay and let me hold you. I am that Someone. I will stay.

A Prayer For Today: When You Need Someone

Dear Jesus,
Thank you for walking the lonely, broken road,
so I don’t have to walk alone anymore.

I need someone. I need you.
Heal my feelings of shame.

Give me courage to need others.
To share my burdens. To trust again.

Transform my brokenness
to become a doorway of your love.
To listen and be someone’s friend. Just like you.

Thank you. Your love is amazing.
You are my everything. I love you.
Amen.

We may not know the way, but the God who loves you not only knows the way – He intimately knows your way. No matter what, Jesus will lead you all the way.

To read more encouragement from Bonnie Gray’s journey to rest in God’s love, check out her 40-day devotional, Whispers of Rest: 40 Days of God’s Love to Revitalize Your Soul.

The hardness of the journey doesn’t mean you’re on the wrong path. // @thebonniegray at @incourage: 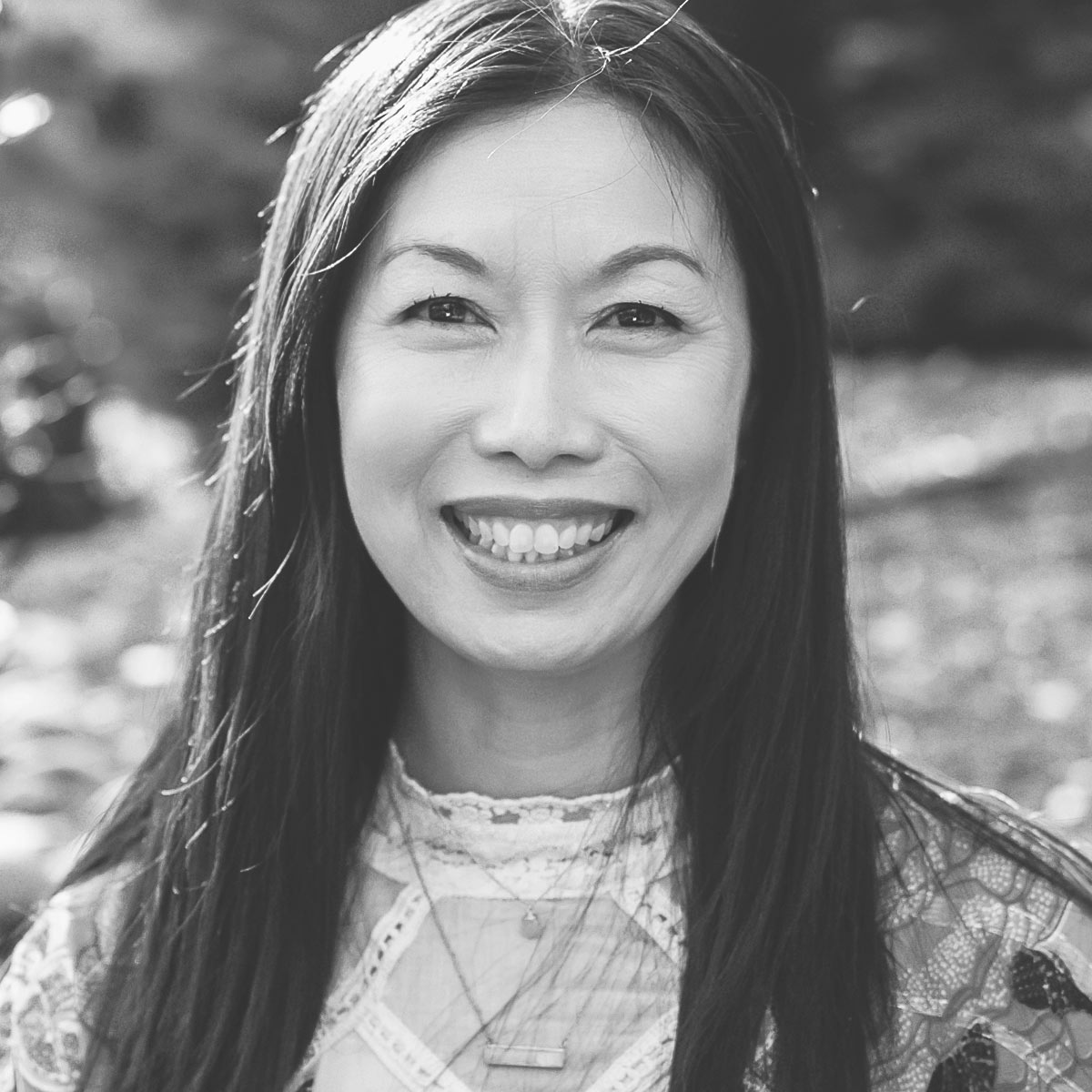