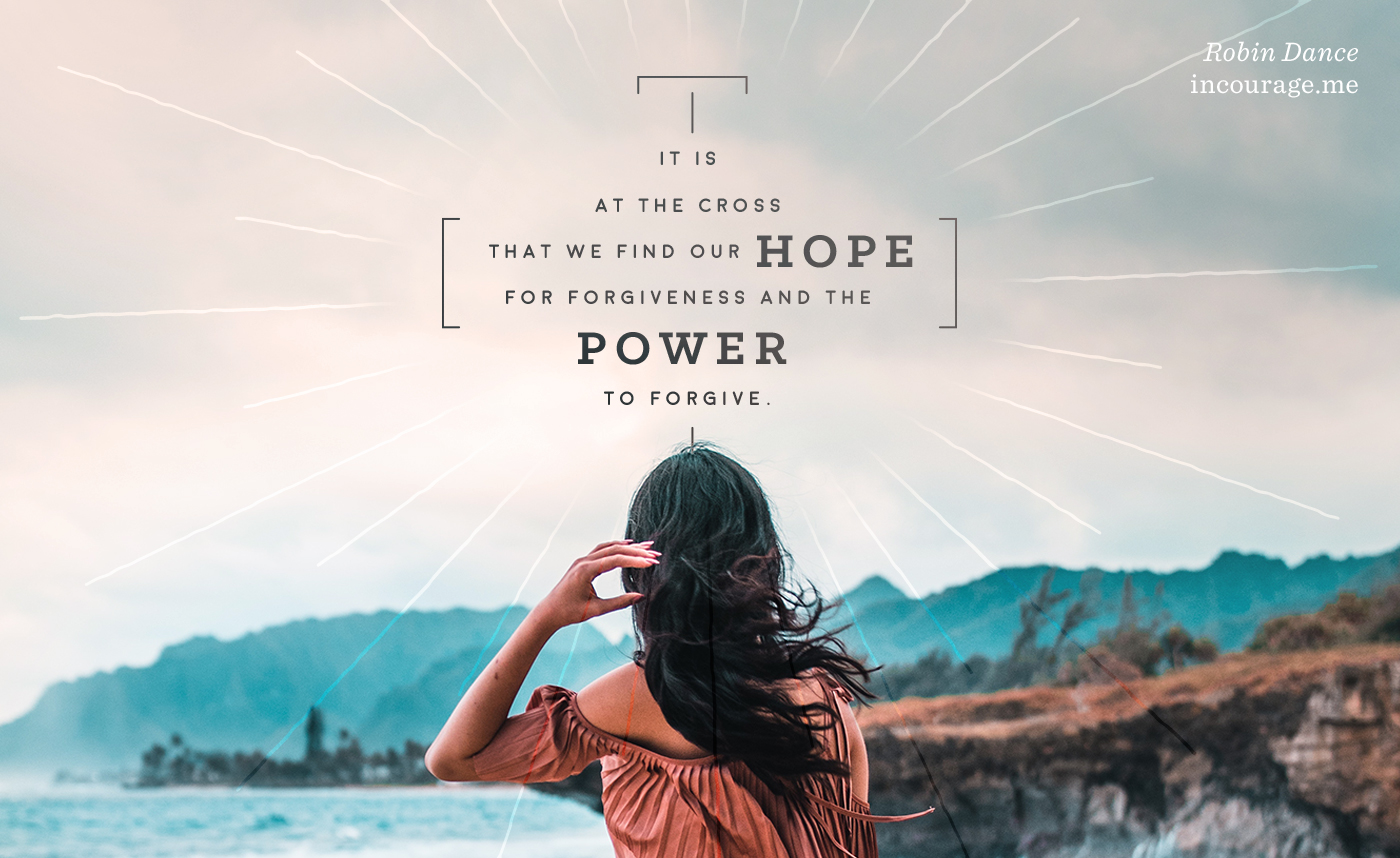 It was the first time my small group would meet her, this dear friend of our dear friend. On more than one occasion Monica had shared wisdom and insight she had gained from Sandra, and we were eager to know her, too. Proverbs 27:17 tells us that “iron sharpens iron, so one person sharpens another,” and Sandra had that ability, even when her “iron” came through another person.

Jesus knit us together in no time, and small talk went deep. We were sisters, in it together, sharing so many things in common, understanding from the inside out the Holy wrestle. The way of Christ is simple but it’s rarely easy. He invites us to a kinship of suffering, and I find myself wondering sometimes is that so we can better know Him, or did He slip on skin and fill that earth suit with bone and blood just to feel the way we feel?

Sometimes I see Jesus as a circle and it tells me, “Always.” And, that’s enough.

On this morning, we made space for important things. This group will put their ugly out there and remain safe; we love each other to healing, we lift each sister’s chin toward Hope. Though Sandra wasn’t a “regular,” we knew she could handle the ugly and wouldn’t hold it against us, the way we’ve all experienced with other women at some point in our lives. We learn and relearn that some women thought to be safe, aren’t so when we find a few who are, we hold tight.

We meandered our way onto the topic of forgiveness; it was me exposing one of my scars, how I had been wounded by someone I thought I could trust. I explained I had forgiven her but hadn’t forgotten, and what Sandra said next wasn’t expected.

“You haven’t forgiven her completely.”

Blink blink. “What…?” I began, already defensive, but sensing the truth.

“You haven’t forgiven her completely, and it’s not hurting her, it’s hurting you. You haven’t moved on.”

And I knew in my heart of hearts she was right. I hadn’t moved on, I still carried that weight, and this woman who likely hadn’t thought of me in years was free. I was the one held hostage.

And here’s where I think we get stuck (or at least where I do): we think forgiving an offense is a “one and done” proposition. I (we?) fall into the trap of saying we forgive a friend, and even if we sincerely mean it in that moment, we still hold on to some part of the offense. We don’t actually let go, not all the way, and we let that little part continue to bruise our hearts.

Until there was no more holding on to any of it, until I could

and be for her…

in all the ways Jesus has done, is doing, and will do these things for me (and you).

As is so often the case, scripture comes to mind after a significant or profound conversation with a believing friend; in this case the words of Jesus to Peter in Matthew 18:

Then Peter came and said to Him, “Lord, how often shall my brother sin against me and I forgive him? Up to seven times?” Jesus said to him, “I do not say to you, up to seven times, but up to seventy times seven.”
Matthew 18:21-22 (NASB)

Sandra was basically channeling the words of Christ in her gentle but honest rebuke to me. Forgive as many times as it takes, as often as necessary. When Jesus tells Peter to forgive a brother’s sin up to seventy times seven times, I doubt he was giving him a literal number of chances.

In that brief exchange with Sandra, I realized on top of a root of unforgiveness, I was carrying (false) guilt from feeling like a Christian failure because I wasn’t able to forgive entirely with a single acknowledgement of forgiveness. Instinctively, I knew I hadn’t moved on or let the offense go, not completely anyway, and the only person I was hurting was myself.

The passage in Matthew 18 is a beautiful reminder of what Jesus expects from His children: to forgive even when we have to repeat the action over and over.

There is only one “once and for all” act of forgiveness, and that comes from Christ alone; on a cross, arms stretched wide, body broken, blood spilled out, fully surrendered.

It is here we find our Hope for forgiveness and the power to forgive.

Forgive as many times as it takes, as often as necessary. // @robindance at @incourage: