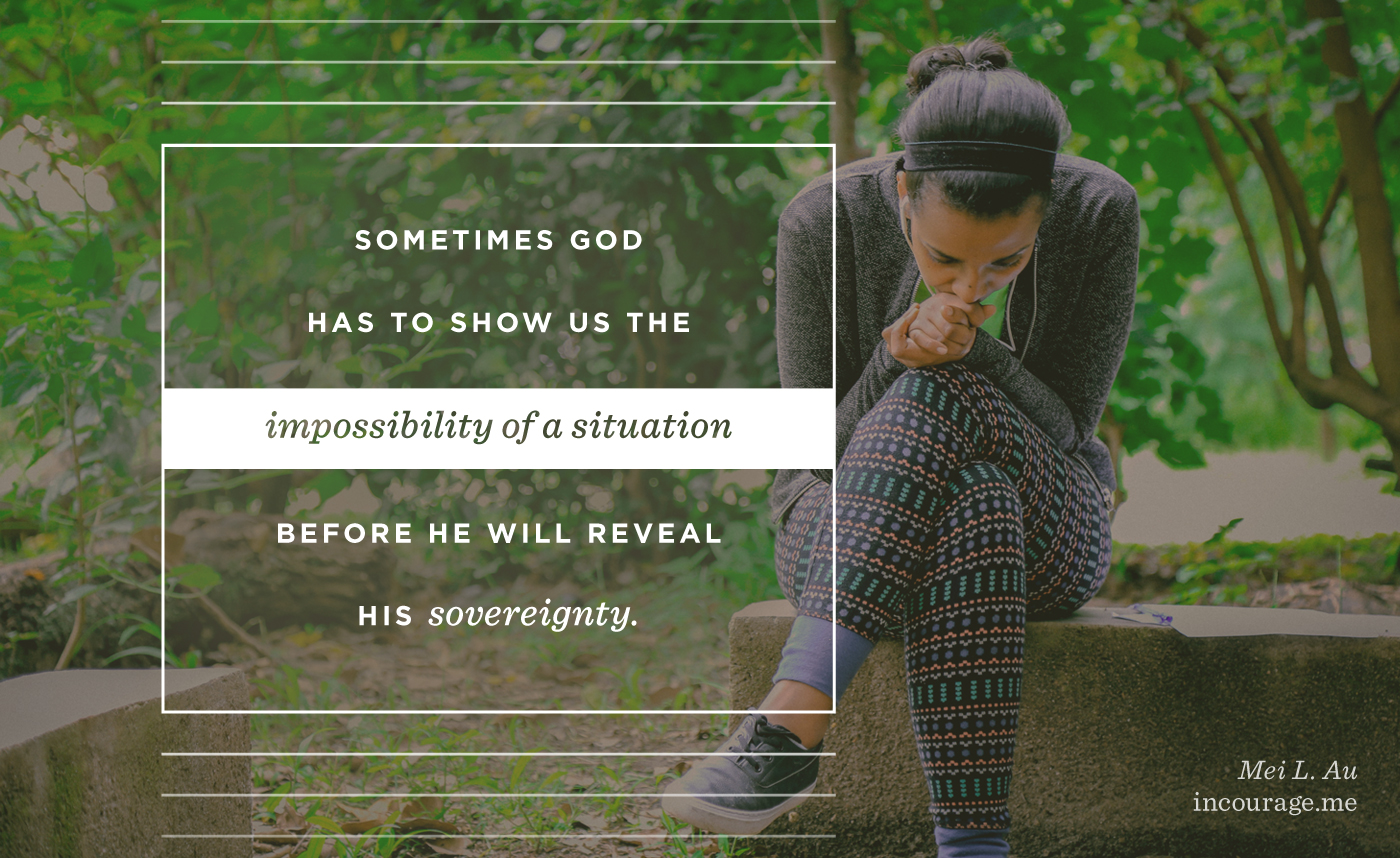 I sat in the hospital waiting room reading my small travel Bible. The psalms were an oasis to my weary soul.

I remembered my sister’s shocking phone call, “Mom has breast cancer.” During the long wait for the surgeon, my mind kept going back to the one question I had been wrestling with since I got the news: “Can God really heal my mom’s cancer?”

I prayed for her surgery to go well, but to ask God to heal my mother’s cancer? It seemed too far-fetched for my analytical brain. I prayed the words but deep down, I did not believe them.

“What are you afraid of?” I heard God say.

“Maybe I will look foolish. Or, I will be disappointed if it doesn’t come true.”

When our prayers are small, we expect to see small acts from God.

The surgeon came into the waiting room to give us his report. “It’s the most horrific case I have ever seen,” he said. “The cancer had ulcerated through the skin.” My mom was in denial for a long time. Maybe it was fear or maybe it was cultural, but she did not go to the doctor until it was too late. Doctors couldn’t remove all of the tumor. A mass in the lymph nodes under her arm had wrapped itself around one of the major veins going to her heart. It was too risky to attempt to remove.

The surgeon informed us she had stage IV breast cancer. Most likely, she faced aggressive treatment with 30 days of radiation, then chemotherapy.

As I walked out of the hospital that day, I prayed, “Lord, help me with my unbelief. Help me to be bold in my prayers!” I was extremely concerned with how sick my mom might be during the treatments. So, I also prayed for God to surround her with His mercy.

Weeks later, we learned that the oncologist decided against radiation and chemotherapy. Instead, he prescribed a drug that would slow down the growth rate of the cancer. We were devastated. Surely it was a death sentence for my mom. My online research showed that the five-year survival rate for stage IV breast cancer was 22%. With the advanced stage and no aggressive treatments, I felt sure five years was too much to hope for.

Sometimes God has to show us the impossibility of a situation before He will reveal His sovereignty.

The initial follow-up reports were encouraging. In the absence of radiation or chemotherapy, the tumor in mom’s arm shrank. The oncologist’s decision not to give her these aggressive treatments turned out to be God’s great mercy as she was spared the adverse side effects.

A few years later, we learned the cancer was spreading to her lungs and bones. Again, I prayed for God’s mercy.

During the sixth year of her diagnosis, I received an unexpected phone call from a business acquaintance I had not seen in years. She asked me to consider serving as the treasurer on the local board of a national breast cancer foundation. After praying about it, I knew in my heart that this was a door that God opened because this acquaintance had no idea my mother had breast cancer. I also had a strong sense that God was telling me my mom’s time was getting short.

Doctors said she should have been in a lot of pain when the cancer spread to her bones. The astonishing thing is, until her final breath, the only thing she took for pain was over-the-counter medication. His mercy was profoundly evident.

Mom may not have received complete healing from cancer but her almost six-year survival was nothing short of a miracle. Grace and Mercy were her constant companions throughout her cancer story; and Grace and Mercy walked her Home.

Sometimes God has to show us the impossibility of a situation before He will reveal His sovereignty. // @MeiLingAu at @incourage: 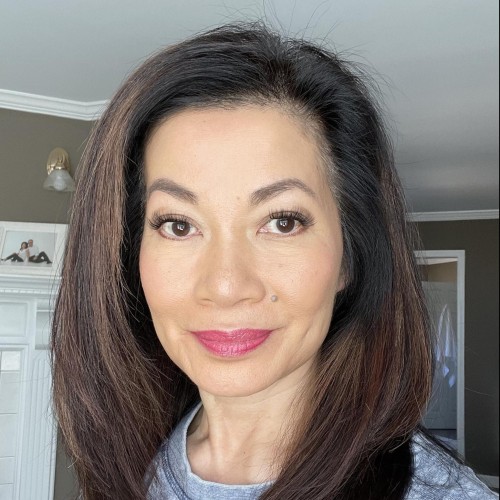 Mei is a recovering perfectionist, a gadget freak and a self-professed Bible geek. During the day, she works with numbers in the world of finance but her true passion is studying the Word of God. She is a contributor to A Moment to Breathe devotional, Deeper Waters and Flourish Motherhood.