I have lived in the same small town my whole life. I married my high school sweetheart, and we are raising two kids on a cul-de-sac just a few blocks from where we both grew up. I can’t go anywhere without running into someone I know.

When I see one of these many acquaintances, such as my son’s Pre-K teacher or the mother of my childhood best friend, shopping at the grocery store or getting a color at the hair salon, our interaction seems to always be the same.

“Fine, how about you?” offers the other.

“Fine, thank you,” answers the first.

It’s a socially negotiated series of phrases uttered thousands of times in towns all across this country.

Until one day, in my small town in Southeast Texas, no one answered “fine.”

Saying anyone was fine that day would have been a lie so blatant that even the most genteel Southerner couldn’t utter it. Hurricane Harvey had just invaded our quiet town turning our curb and gutter streets into raging rivers and our homes into floating debris. Boats used for bass fishing became rescue vessels for families stranded on their roofs. The local mall where kids begged for cookies and preteens gathered to meet their friends became a staging area for the military to treat the wounded. Churches where members came in their Sunday best became shelters for men, women, and children soaked by sewage-laden floodwaters.

That day and in the days following, when someone asked you how you were, it was okay to tell them the truth.

There were no grocery stores open. If you needed a cup of milk, your neighbor was your only option. The older woman who lives next door brought me an egg. I thanked her and when I asked her how she was, she cried a little. She missed her husband of 46 years who had died the month before.

My husband and I watched my neighbor across the street attempt to start his car. It was obvious by the muffled sound from the engine that the compact SUV had become a victim of the storm. We offered him our vehicle. He had no choice but to borrow it. When he brought it back, we asked if his family wanted to stay for dinner. My house wasn’t clean. There were no scented candles craftily lit to welcome our guests. We ate on paper plates, and I had nothing to offer them for dessert. But when we asked how they were, his wife answered honestly. She was worried about her grandmother who had been evacuated in the middle of the night from a local nursing home and no one was quite sure where she had been brought.

As terrible as the disaster was, it brought out something new in our town – honesty.

As grocery stores are restocked and homes are rebuilt, I pray we will never again be too afraid to ask for help or too ashamed to shed a tear. I pray that when someone asks how we are, it will always be okay to tell the truth; because the day that no one answered “fine” was the day we became more than a small town, we became a community.

I pray we are never too afraid to ask for help or too ashamed to shed a tear. // @promisedmin at @incourage: 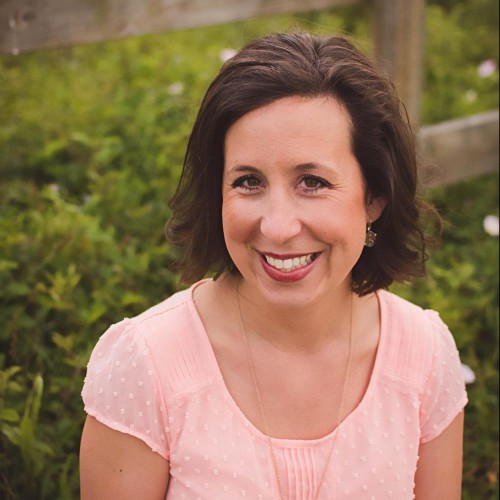 Alison is wife to her high school sweetheart, mother to two precious kids, and writer for Lifeway Publications. But what defines her most is she is promised to the King of Kings, who is coming back for her. While she is waiting, she wants to make every moment count.