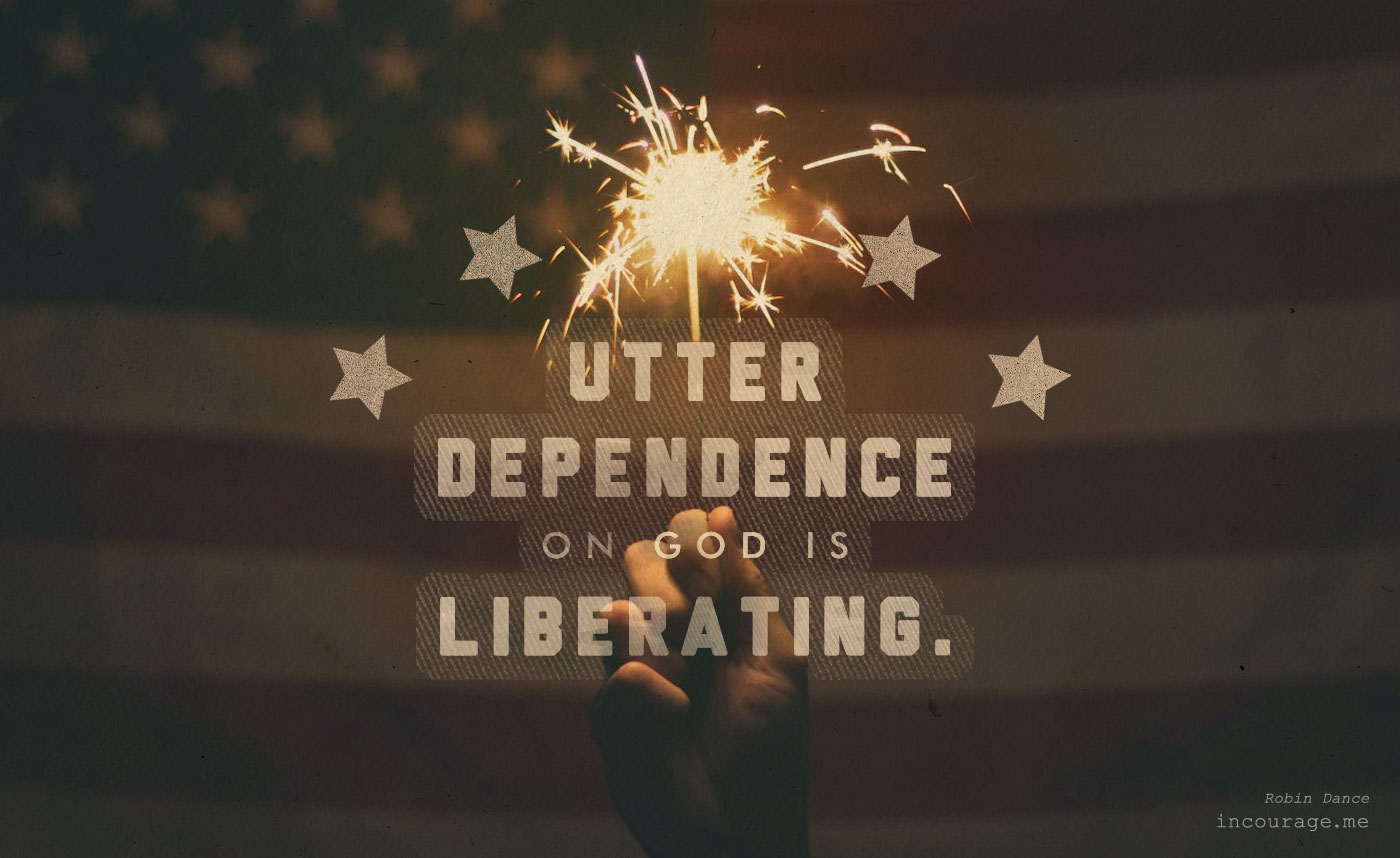 Determined little creatures, sometimes tight-fisted and defiant, my babies declared I do it! upon “mastering” any new skill. It didn’t matter that mama could do it faster and better, that would have entirely missed the point. Getting dressed, brushing teeth, going to the bathroom — baby stepping toward independence, each one reason enough to celebrate.

Buying that last pack of diapers was tantamount to winning the lottery. Child and parent happy dances, yes?

Every victory, milestone, or accomplishment proves we’re getting something right as parents, doesn’t it?

While it’s easy to feel like you’ve blown it (sometimes daily, or on those days, hourly), we need these little trophies to signal success.

So we keep at it, cultivating and nurturing independence in our children so one day they’ll be decent citizens who contribute to their community; so at some point they’ll make a good mate for another.

Remembering that we’re raising our children for someone else is a sobering thought when they’re young, but as they get older, it’s one of those guideposts that helps keep in mind the end game.

Independence is good reason to celebrate because it means something.

I stumbled across a letter from one of our country’s founding fathers (and eventual presidents), John Adams, to his wife Abigail. This was following the vote to end Great Britain’s rule and after the writing of the resolution to explain the vote (what we now know, of course, as the Declaration of Independence). He knew that day would be . . .

“[T]he most memorable epoch in the history of America. I am apt to believe that it will be celebrated by succeeding generations as the great anniversary festival. It ought to be commemorated as the day of deliverance, by solemn acts of devotion to God Almighty. It ought to be solemnized with pomp and parade, with shows, games, sports, guns, bells, bonfires, and illuminations, from one end of this continent to the other, from this time forward forever more.”

While I love and appreciate his heart in how to commemorate our nation’s independence (solemn acts of devotion to God Almighty), I’m amused by his characterization of solemnity — “pomp and parade, with shows, games, sports, guns, bells, bonfires, and illuminations, from one end of this continent to the other.”

Adams knew how to celebrate, and he rightly understood the significance of the birth of a nation.

It’s why we continue to celebrate the Fourth of July today. Independence is commonly defined as “not influenced or controlled by others in matters of opinion” and “not subject to another’s authority or jurisdiction.” In the case of our country, 13 colonies joined together to declare they were no longer under the authority and governance of the British Empire, but instead the United States of America.

With the birth of our nation, independence was viewed as strength, virtue, and declaration of freedom. And I suppose that’s what defines a country, distinguishing it from all the others — establishing an autonomous government for its people.

But in the case of raising children, independence is an entirely different thing. Yes, every day our babies should become increasingly less dependent on Mama and Daddy to take care of them. Resourcefulness, work sensibilities, self-reliance in basic care, problem-solving, and relationship-building skills are all necessary for healthy well-rounded adults.

What I want my children to understand — what took me too long to conclude on my own — is that utter dependence on God is liberating.

How many times have I tried to rely on myself or others to solve problems tucked between rocks and hard places? How often have I found myself spinning on a hamster wheel, going no where fast? It’s exhausting just thinking about it.

But . . . but . . . when I slow down long enough to remember Whose I am and what He promises? The circumstances might not get easier, but there’s seismic shift in my heart and head.

The Lord is My strength and My shield; in Him my heart trusts, and I am helped; my heart exults, and with my song I give thanks to Him. The Lord is the strength of His people; He is the saving refuge of His anointed. {Psalm 28:7-8}

My flesh and my heart may fail, but God is the strength of my heart and my portion forever. {Psalm 73:26}

Finally, be strong in the Lord and in the strength of His might. {Ephesians 6:10}

But he said to me, ‘My grace is sufficient for you, for my power is made perfect in weakness.’ Therefore I will boast all the more gladly of my weaknesses, so that the power of Christ may rest upon me. For the sake of Christ, then, I am content with weaknesses, insults, hardships, persecutions, and calamities. For when I am weak, then I am strong. {2 Corinthians 12:9-10}

The heart of man plans his way, but the Lord establishes his steps. {Proverbs 16:9}

The way I see it, independence and dependency are two sides of the same coin; you can’t have one without the other. It is letting go of one thing — even a good thing sometimes — to grab hold of the best thing.

I don’t have to figure out all the answers; I don’t even have to know all the questions. I just have to trust that God is who he says he is, and that his ways are far better than my own.

And best of all?

I don’t have to do it myself.

What took me too long to conclude on my own is that utter dependence on God is liberating. @robindance at @incourage: https://aws.incourage.me/?p=179590