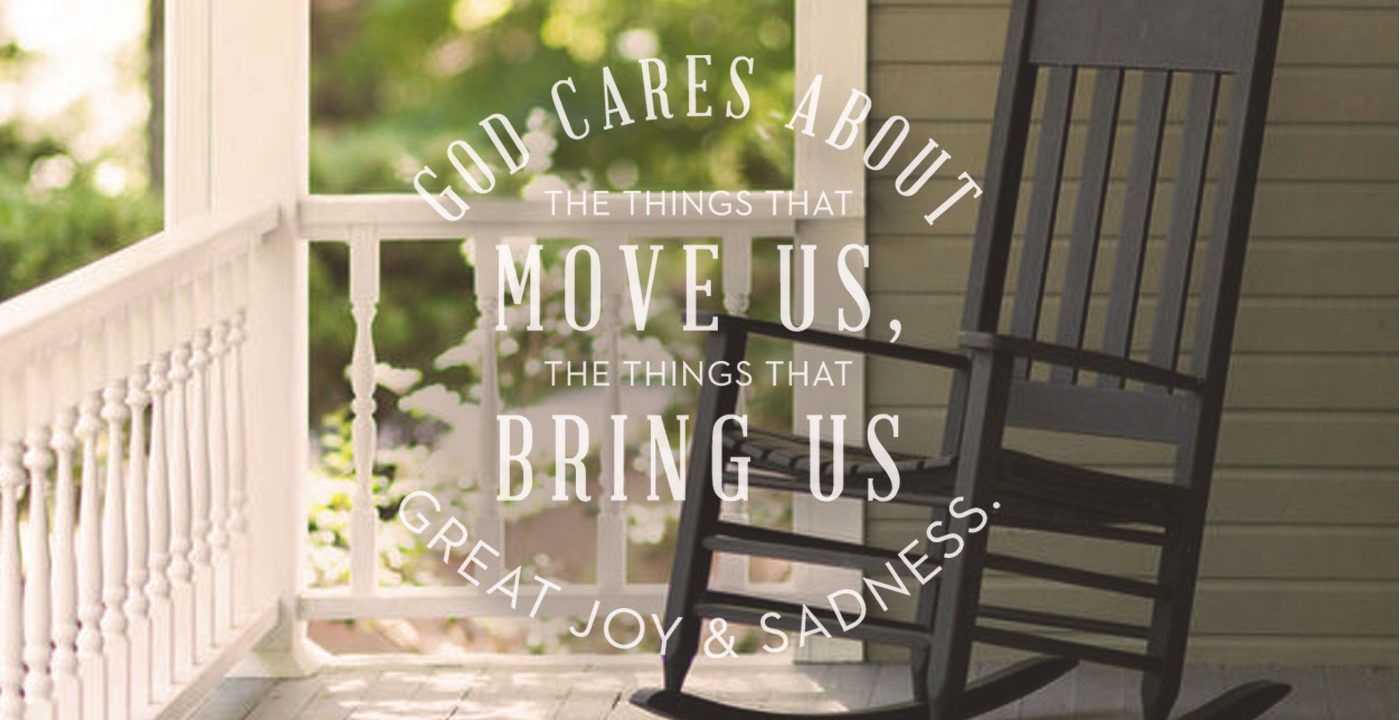 I have cried more in the past three weeks than I have since my mother’s death, and that was a long, long time ago. Emotions? Threadbare. Sleep? Fitful at best. And eating a real meal? Wishful thinking. Who needs a meat and three when you can have a Snickers and coffee?

I wish I were kidding on that last one.

It’s embarrassing to admit the “why” of it, because if I play the Comparison Game, it’s not a good enough reason to justify my fragility. I’m not facing illness or financial trouble, my marriage and my children are doing well; in fact, the “why” of it is ultimately good: We sold our house, the one we haven’t lived in full-time in almost three years.

I mistakenly thought selling was the hard part.

Packing up and purging the house my children will remember as Home — the place destined to inhabit their dreams when their minds drift back to childhood — undid me.

As my oldest son and I emptied the attic, their lives passed before me, twisting my heart into knots. I didn’t expect to feel every memory, to re-live so many moments I had taken for granted at the time.

So many unfinished plans, slick roads paved with good intention. Life events, milestones, a childhood of Firsts times three. Tears were impossible to control. I could barely speak as I asked . . .

“Did I get it right? Did I miss it?” and poor Thomas, my 21-year-old, tried to answer the question he thought I was asking, “Mom . . . stop! You’re a great mother, we couldn’t have had it any better.” But he couldn’t possibly know what I meant. He hadn’t yet earned the right to understand; that price would be paid with a lot of life between now and then. Years. Decades.

We’ve been married almost 29 years — our babies are 23, 21 and 19. The oldest just received an amazing marriage proposal, the middle one will graduate college next May, and the youngest just finished his freshman year. The house we lived in most of their lives was big enough to hold a lot of memories — many of those memories were now represented by things made or bought.

Downsizing to a much smaller house forced decisions I didn’t want to have to make.

To toss any “thing” felt personal, as if I were saying that memory didn’t matter. Suddenly everything mattered and I was paralyzed by emotion and indecision, and just about anything could trigger an emotional breakdown.

I was grieving a certain kind of loss, and though that loss wasn’t marked by tragedy, and it wasn’t attached to relational devastation, financial ruin, or health scares, it was final.

I was saying good-bye to more than just a house.

I cried a lot, and instantly felt guilty or hated myself for it, because selling our house was a good thing. But then it hit me . . .

Crying wasn’t weakness or pity party, it was simply cathartic.

Tears are an incredible pressure valve and every single one of them tells a story. Tears are a way for my body to express itself when words aren’t enough. They are gift not burden.

“You keep track of all my sorrows.
You have collected all my tears in your bottle.
You have recorded each one in your book.” {Psalm 56:8}

God cares about the things that move us, the things that bring us great joy and sadness. He identifies with us in our grief and emotions. He chose to live as a man so he could feel as a human — God made flesh.

One of my most heartfelt prayers is asking God to break my heart for what breaks His, but in this brief passage from Psalms, I sense that His empathy knows no bounds.

They physiology of tears is amazing to me. Did you know they’re protein rich and antibacterial? There are three types of tears, each designed for a special purpose. Basal tears are protective, providing vital nourishment and lubrication. Reflex tears protect our eyes from irritants (i.e. smoke and noxious fumes). The third type of tears are produced by emotion and can contain higher levels of stress hormones, an endorphin and natural pain killer. A pressure valve.

By design, God created a mechanism in our bodies to release emotional build-up. Incredible.

It’s important to listen to what your tears are saying. They aren’t arbitrary. Over the past three weeks I couldn’t help but notice a pattern. Some thing in our home would trigger a memory that caused me to cry, then laugh almost at the same time. Though I felt crazy at times, I paid attention and began to understand what all those tears were telling me.

Selling our house is a threshold from one season to the next. It’s a final letting go of one thing to be free to grasp another. It is not forgetting in the process, it’s remembering. Memories are powerful. These tears are evidence of a great love, and for life that has meant something special, even important.