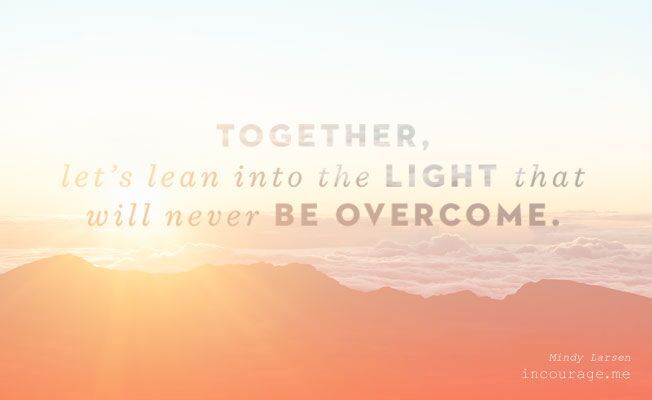 Shoving my carry-on in the overhead compartment, I slide in and take the window seat. I slip my tote bag underneath the seat in front of me, click my seatbelt into place and gaze out into the thick, grey sky. The sun is nowhere to be seen and the mood is overtly depressive. Pushing away from the jet bridge, we make our way to the runway and the bus on wings lifts off the ground.

Halfway through our climb, a ball of red light on the horizon catches my eye. Lost in a stare as I question where it’s coming from, we break through the clouds and my eyelids slam shut. Through squinted eyes, I discover its source — the sun. An intense, fiery orange-red sun kisses the top of the clouds with a soft red glow.

Despite its brightness, I can’t stop myself from looking because the sight is brilliant.

Amazed, I’m struck by the fact that the city beneath me is blanketed with gloom, yet here, I’m blinded by the sun. And then it hits me. How often do I feel overcome by darkness, forgetting the truth that the sun is just above the clouds? No matter how dark the skies are, or how heavy the storm is, the sun never leaves. We might not see it, but that doesn’t mean it took the day off allowing darkness to overcome it.

Darkness is powerful. It tricks us into believing the shadow around the corner is an attacker waiting to strike. It conceals thieves as they carry out their loot in the middle of the night. It promotes sadness — so much so that there’s literally a seasonal depression caused by lack of light.

But the crazy thing is, all it takes to defeat darkness is to expose it to the light.

“In Him was life, and that life was the light of all mankind. The light shines in the darkness, and the darkness has not overcome it.”

Just as the sun is not overtaken by a cloudy day, our God cannot be overcome by darkness. Through Christ’s victory on the cross, no evil that stands a chance. But we can’t sit idle. As followers of Christ, we need to be active participants in the battle and bring light into the darkness.

As one who struggles with frequent nightmares, whenever I’m jolted awake I instantly reach for my light switch. Taking deep breaths, I wrestle with fear as the light brings me back to reality. But one night, instead of scrambling for the light, I scrambled for Scripture. In the blackness of my bedroom, whispering any piece of His truth I could think of, and proclaiming the victory in Jesus’ name, I never found the need to turn on the light because the darkness already fled.

God gave us His word so we might get to know Him and understand the work of Christ, but He also gave it to us so we might use it in the battle against darkness. In 2 Corinthians 10:3-4 Paul says:

“For though we live in the world, we do not wage war as the world does. The weapons we fight with are not the weapons of the world. On the contrary, they have divine power to demolish strongholds.”

Through Christ we have been given divine power to demolish strongholds; all we have to do is take our role seriously and use the tools He has given us.

I don’t ever want to forget that the sun is just above the clouds, or feel like I’m stuck in the darkness of my nightmares. I want to write Scripture on my heart, so at any moment I might be like a flashlight, beaming His light into the tiniest nooks and crannies of life. And my prayer is that you might join me.

Together, let’s lean into the Light that will never be overcome. Let’s use Scripture as a weapon. Through Christ, let’s obliterate the darkness.

Together, let’s lean into the Light that will never be overcome. 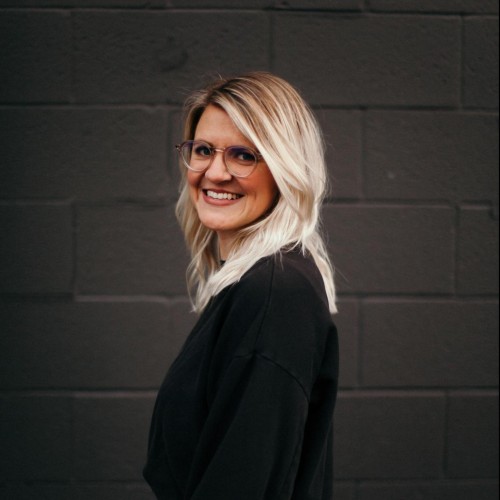 Mindy is a writer and blogger who writes to encourage others with words that point towards Jesus. She loves donuts, the power of Scripture to combat anxiety, and cuddling on the couch with her husband, Chris, and their cat, Finn.