I was eleven, which is longer ago than I care to admit. Even still it gives me goosebumps.

I was diagnosed with a rare nerve disease that had left me unable to use my left leg. Crutches, strong pain killers, and a device that sent an electric current to stimulate nerves was how I got through my days. The doctors were talking about surgical options, and the word amputation had been whispered when no one thought I was listening. It’s amazing how much you hear when you’re eleven.

Doctors and physical therapists were my friends, and hospitals were no longer as scary as pain. This was my normal. So was prayer. People had been praying for me to be healed. I liked the idea, so I prayed, too. But nothing seemed to change. Until December 23, 1990.

During a candlelight Christmas service I heard a voice. It wasn’t booming, rather it was simple and clear coming from somewhere that I knew was just for me.

“Put down your foot and walk.”

I waited as fear held on, but hope held stronger. After the service I went to the hallway, just me and my crutches. For the first time in months I placed my left foot on the floor, and I walked.

There was no pain, no weakness, and no discomfort. Later the doctors and physical therapists said they could not explain it. My muscles were stronger than before I was diagnosed. I was healed, and I have been walking pain-free for over 25 years! Hope won. Healing won. God won.

Now, if this were a movie, I’d go through a reel of my life in fast forward to September 1999. This part always leaves more questions than answers. But a few things are certain.

I passed out while driving 50 mph and had a head on collision. I woke up in the car with the taste of blood in my mouth and wondering why my rearview mirror was on the floor. The pain registered next, and a nice woman put a cool washcloth on my forehead until the fire department arrived.

Then came the Jaws of Life and breaking glass and so many questions.

Miraculously, I left the trauma room that day with stitches and pain medication. The one thing they did not give me, however, were answers.

Doctors and tests followed, and then the answer: Epilepsy

Unfortunately, epilepsy can merely be managed rather than understood and cured. So we managed. We managed my suspended license and new medications. We managed the fear and uncertainty. We managed driving down that same road every day without more than a new bottle of pills in the medicine cabinet. There were no answers, so we managed. And we prayed.

We prayed for miracles and healing. We thanked God for keeping me safe in such a serious accident and prayed He would take away the seizures and the fear.

Sometimes healing looks more like walking down a long windy road than taking a pain-free step.

Epilepsy was my long windy road, and the only thing I could do was keep walking. So, I’ve walked in and out of fear and self-pity. I’ve walked through my weakness into His strength. And I’ve walked into a place of accepting how little I understand while still trusting that He gets it all.

God may not be healing me of my epilepsy, but He is healing me. Hope won. Healing won. God won.

When we think of healing only as the relief of a disease or pain, we are only letting God have part of who we are. When we embrace the idea that healing is far bigger than any single circumstance we face, we enable God to heal the deepest parts of who we are.

Maybe healing hasn’t come the way you hoped it would. Hold on friend. Hold tight and keep walking because every step you take closer to Jesus brings healing to your soul.

As we walk closely with Jesus, He brings healing to our soul. {Tweet This!}

Psst….before you go, will you take a few minutes to share your thoughts on these new product ideas? We’d sure appreciate it {and you’ll be entered to win a DaySpring shopping spree!} Just click here to begin! 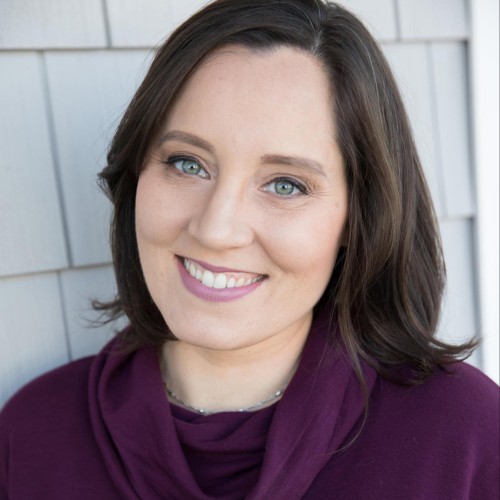 Rebecca is a writer and speaker encouraging women to find real faith for real life. A wife and mother of three in Connecticut, her book, Worthy: Believe Who God Says You Are, is available on Amazon. She can often be found typing words, driving her kids places or wherever there...