“To everything there is a season, and a time for every purpose under heaven.” {Ecclesiastes 3:1, ESV} These are the words printed beside my face in the “Seniors” section of my 2010 high school yearbook.

Each year the seniors would choose a quote that would forever mark their legacy in the high school world, and these words from Ecclesiastes seemed the perfect fit in my eyes. They implied strength and courage going into my next phase of life. Boldness. A maturity that knew it was time to move on. “I am the Champion of Transition!” my senior face smiled.

If only that face told the truth.

The truth is, I’m a perfectionist who hates perfectionism, I’m a routine-follower who craves adventure, and I’m a change-resister who’s learning to let go. Last summer held one of the greatest transitions of my life: marriage. It also came with a move. Born and raised in Alabama, God led me to one of the few Florida boys who attended Auburn University. And now here we are in the Sunshine State!

We’ve been here for about five months now. It’s been hard and it still doesn’t feel like home. It feels uncomfortable and insignificant, and I’ve felt my heart growing hard and giving up. But today God showed me this . . .

Remember the story of Isaac’s sons, Jacob and Esau? In a moment of hunger Esau sells his birthright to Jacob for a bowl of soup, and later becomes angry about it and plans to kill Jacob. In fear for his life, Jacob flees to Haran. On his way, he stops to rest for the night.

“When he reached a certain place, he stopped for the night because the sun had set. Taking one of the stones there, he put it under his head and lay down to sleep. He had a dream in which he saw a stairway resting on the earth, with its top reaching to heaven, and the angels of God were ascending and descending on it. There above it stood the LORD, and He said, ‘I am the LORD, the God of your father Abraham and the God of Isaac. I will give you and your descendants the land on which you are lying. Your descendants will be like the dust of the earth, and you will spread out to the west and to the east, to the north and to the south. All peoples on earth will be blessed through you and your offspring. I am with you and will watch over you wherever you go, and I will bring you back to this land. I will not leave you until I have done what I have promised you.'” {Genesis 28:11-15 NIV, emphasis mine}

Notice it says Jacob stopped to rest in a “certain place.” No name, insignificant, pretty random, and he goes to sleep with a rock pillow. Insignificant and uncomfortable.

But when the Lord shows up — everything changes!

God makes the meaningless meaningful. He makes the ugly beautiful. Simply by his presence.

I’m sure Jacob wasn’t exactly loving the rock-pillow-spend-the-night-on-the-ground party — oh, but I just love what he says when he wakes!

I am choosing to believe that our new home has purpose because the Lord is here with us. Surely He has been here all along, and I have simply been unaware.

Oh, Lord, wake me up! Surely you are in this place and I have been unaware.

Surely the LORD has been here with me all along, and I have simply been unaware. {Tweet This!} Leave a Comment 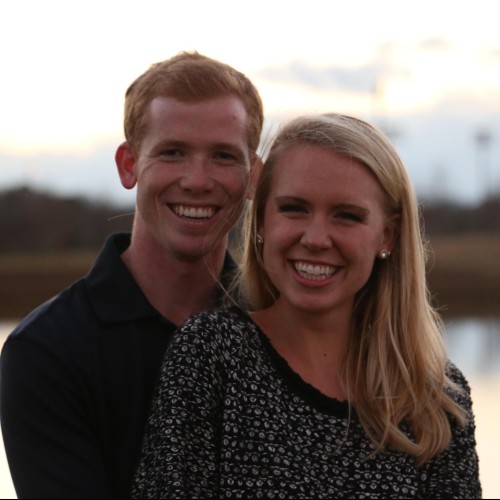 Jenna Le is an aspiring writer, lover of learning, and newlywed wife. She and her husband Thomas reside in Florida.