The day I turned 37 my husband was deployed to Guam. Three weeks prior to my birthday, I had packed up my household along with my three-year-old daughter and a one-year-old son and relocated to Texas.

It was a desperation move, but desperate times call for desperate measures.

Only a few months prior, on August 29, 2005, our little family had huddled together with strangers, glued to the television in a hotel lobby in Tuscaloosa, Alabama. We watched in horror, as Hurricane Katrina made landfall, bringing a 30-foot storm surge to coastal Mississippi, just west of my husband’s duty station, not far from our home. Southern Louisiana was devastated as well, especially New Orleans where most of our family lived.

Katrina displaced us for a few weeks.

So we drove to Miami, Florida to stay with my Aunt Peggy, then my military husband returned to Mississippi to help with relief efforts. Finally, after a few weeks, the water was safe to drink, the gas stations had gasoline, and there was a pediatrician in town, so I came back with the kids.

When we returned, people were shell-shocked, some were homeless, and many lived in partially destroyed homes. Small businesses stood vacant. There were long lines at gas stations. Grocery shelves were often empty. It was often a two-hour wait to check out.

Just weeks after the storm, my husband was deployed with his unit, and I was left there alone with my little ones.

The Lord had been gracious, and we’d had minimal damage, which was repaired quickly, so it was easy to sell the house. We spent the holidays at my sister’s house and set out to Texas from there. We moved to San Antonio, our next duty station, and waited for my husband to return from overseas.

We got along pretty well, but some difficulties took me by surprise.

Not long after we arrived, I was completely undone by my birthday. That day, a kind UPS man brought me a brightly striped tin box, full of cookies, from my husband. When I took the lid off and saw the cookies, a recording of happy birthday played. I burst into tears as my little ones snuggled up to me and tried to kiss me, while I sobbed.

Money was tight, but I splurged on a pizza from the local Papa John’s. I was so terribly lonely that the friendliness of the cashier over the phone was like oxygen. The delivery man was so kind and friendly that when he left, I burst into tears again. So I called the manager of the store and thanked him. I said, “You never know who is on the other end of the phone line, who is answering the door . . . what they are going through.”

It was just pizza, but their kindness nourished my heart.

These days, I don’t cry when I order pizza or receive birthday presents, but I have never forgotten the unexpected encouragement that day. It’s good to remember that the man sitting in traffic next to me, the single woman singing near me in church, or the elderly lady I meet in the aisle at Safeway might need the same simple kindness from me.

My heart is forever softened toward people who feel isolated and alone.

We never know when we are sent as God’s grace to someone else.

Related: Celebrate the beauty of simple kindness and share some dessert with your loved ones with this lovely set of four dessert plates. 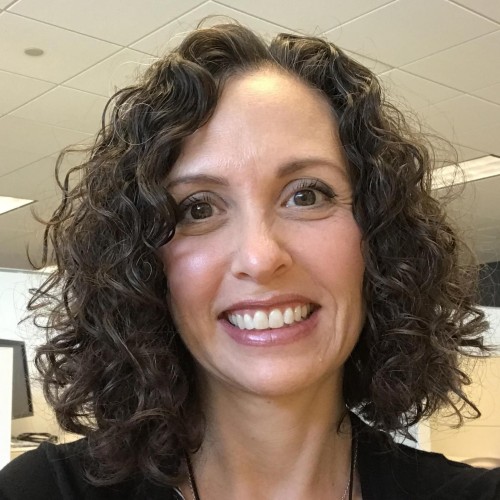 Britta is a sojourner. She was a military kid and is a military wife. She lives in the desert of Arizona far, far from her New Orleans family. She happily homeschools her two favorite people, 12-year-old Gracie and 10-year-old Josh. Britta and her husband Scott recently celebrated their 21st anniversary...