God doesn’t complain. That thought struck me one day recently as I was driving, and I couldn’t help but smile and tap my steering wheel to the song on the radio. I’d read that morning in Zephaniah about God being a singing God, a delighting-in-us God, and I’d been thinking about it ever since, trying to wrap my mind around how that could be in light of my sin. Of course, it can only be in light of Christ that God could look on me with smiling eyes. All the more reason to smile and tap my steering wheel.

Because if God delights in me — and Scripture says He does — He doesn’t complain about me. He’s not turning to the Holy Spirit with crossed arms and grumbling about my behavior. And He’s not commiserating with Jesus about my constant needs and questions.

I thought about the verse that I quote out of necessity way too often to my three boys: “Do everything without complaining and disputing” (Philippians 2:14). I’d always thought of this verse as pretty extreme. Everything? Really? But in the car in that moment, in light of the thought that God never complains, I recognized that my complaining is a really big deal — because it doesn’t show what my God is like. When I’m complaining, I’m not reflecting to others that I’m His kid.

That’s exactly why Paul commands us to do everything without complaining, so “that [we] may become blameless and harmless, children of God without fault in the midst of a crooked and perverse generation, among who [we] shine as lights in the world…” (Philippians 2:15). Complaining joins us to the world, not to God.

And complaining doesn’t tell the truth about God; it says that He’s not doing a very good job as God, and that He doesn’t satisfy us or care for us. He doesn’t cross His arms and glare at us, but we dare do it to Him?

We think that our church attendance and our Bible reading and our movie choices are what set us apart from the world, and they often do, but Paul says what truly sets us apart, what sets us as a beacon of light in a world cloaked in darkness and shows that we’re joined to God, is that we don’t complain or argue.

There is only One who has the right to complain, and He chooses not to. It’s not in His nature and character. He rejoices instead, and, in that, He is the Light of the World. And because God is not a complaining God, even though He has endless material to work with just in my life alone, what in the end do I really have to complain about anyway? I’d rather be like my Abba Father and let my light shine. 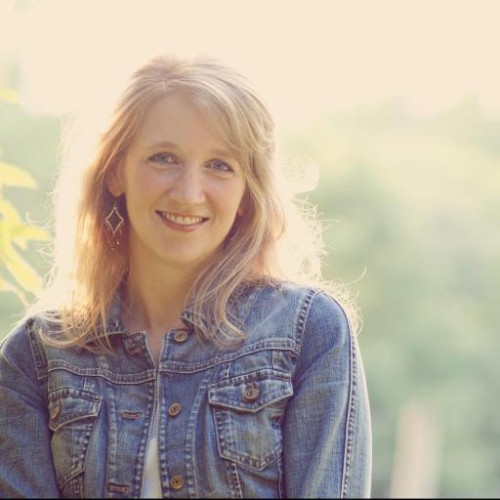 Christine Hoover is the author of From Good to Grace and the forthcoming book, Messy Beautiful Friendship. She is a church planting pastor's wife and mom of three boys.