Under the heat of noon sun, the woman made her way to the well to draw the water she would need for the day. She resented the fact that she had to wait until the hottest part of the day to take this long walk. The alternative would be to go early in the coolness of the morning, but that would require dealing with much more than this sultry heat. It would mean she had to endure the stares and gossip of the other women in town. She preferred this alternative to being the subject of more ridicule and hurt than she had already endured over time.

As a young girl, she once had the friendship of these same ladies. But time had changed all of that. Life seemed to have dealt her more hardship than her former friends. Perhaps part of it was her own doing, but life in this small town had not been very forgiving of her mistakes.

One poor choice had led to another and resulted in a snowball effect through the years. This Samaritan woman had finally reached the lowest point of her life. She wondered if life was even worth living, but something kept her from ending it all. Something inside of her encouraged her to wait and hope for a better tomorrow.

As soon as she drew the water needed, she would return home – the only place where she found any comfort at all. She would begin the meal preparation for that evening and continue the work she had started on a new dress.

Having a new dress to wear seemed to help her feel pretty. It had been years since she had felt truly beautiful. Sure, she could attract most men in town with her petite figure and beautiful brown hair and eyes, but that game had long grown old to her.

Like the Samaritan woman, I too have known the hurt and pain of one failed relationship after another. After three divorces and raising a child on my own, I felt as if I didn’t deserve true happiness. Through years of making poor choices and battling depression and thoughts of suicide, I felt that I could not escape the hurt and that no man would truly love me for me. But then I met Jesus at the “well” in Scripture.

I was searching for someone who could relate to my hurt and pain. Someone who left a broken past behind and embraced the future with hope and certainty. I found that in the story of the woman at the well.

Through her living testimony, I was reminded that not only can He forgive me of my sins, but He also desires to remove the shame of those past sins. He longs for us to live in the light of His love and grace. He longs to use our mistakes to minister to the hurts and needs of others.

I believe that as Jesus sat at the well that day and talked with the Samaritan woman, He was also thinking of me. He knew this story would change my life and that I would be able to leave the past behind and take to heart the lessons in this story. I would be able to lose the shame and move beyond the pain. Perhaps you are in a similar place today?

He longs to meet you where you are. In your sin and in your less-than-perfect circumstances. He longs to give you a new beginning and a new found freedom – freedom in Christ.

Take the water that He is offering you. It will quench your thirst and quiet your soul. His living water will fill the places of emptiness and loneliness that you have known so long and replace them with his fullness and joy. 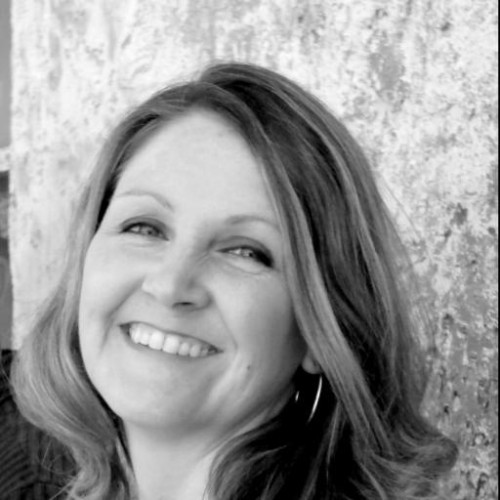 Lynn is a wife and mom who is now enjoying her empty nest years in the wooded country of middle Georgia . She is the author of God's Gals: Lessons in Forgiveness, Courage, Serving, & Sharing and blogs about her faith and her home life at Whispers from Wildwood. She...