Life swirled completely unexpectedly around us. Our best prayed over, most faith-filled plans were unraveling in front of us. And not only in front of us, but publicly too. As a ministry couple much of life is lived openly, for all to see, ponder and comment on. Many questioned, “What in the world is God doing with you guys?” Truth was, I had no idea.

I knew God was good and faithful. Even though life wasn’t adding up the way we thought it would when we took that leap of faith, we were still confident that God had brought us to this place and His faithfulness would shine through. But in the meantime, our hearts were raw and weary. As time went on and His plan moved us in a new direction, we witnessed His goodness, but still, people asked (and my heart begged to know), “What was God doing?”

Enough difficult seasons, emptied hopes and disappointments piled on my heart and faith for me to have a desperate need to figure this thing out with God. What did He want from me? How was I supposed to understand and respond to all these different pieces of our life-puzzle?

I felt like Jacob wrestling; I wanted to be still, but this heaviness of heart seemed to find no relief than to sweat it out with the Lord. Finally, I heard His answer. An answer that echoed His reply to another soul-weary servant, Elijah:

I continually set my eyes on the winds, earthquake, and fire, trying to understand God in them, but He wasn’t in them. He was in the gentle blowing. Sometimes He comes in great thunderous storms, but often, those storms are the result of a fallen world, broken choices and just “life.” I couldn’t understand what He was saying to me through those circumstances because while He was sovereign over them, they weren’t His mouthpieces.

I was so relieved to understand that He wasn’t punishing me for something I couldn’t figure out, or that perhaps He had just decided to lift His hand of blessing and protection off of me for a season. He was there the whole time, speaking in a gentle wind. It was simply my job to lift my eyes from the ravages of the earthquake and fire to set them firmly on my Father’s face. Then the wrestling in my heart would quiet.

How often do we mis-attribute the storms, fires and earthquakes to the Father, when He’s not speaking to us in them? Sometimes, we think the Lord isn’t gentle because we ascribe all the harshness of life to His hand. He is sovereign over our lives and does use circumstances to get our attention, but I think many times I’ve wanted so badly not to miss His voice that I’ve received almost every circumstance as if it was a message from the Lord.

Zephaniah 3:17 says that God’s love quiets our souls and that He sings over us with joy; I imagine, like a gentle lullaby. If you’ve been straining to hear your Father’s voice in the earthquakes and fires of life, I pray that you would hear His gentle song over your heart. 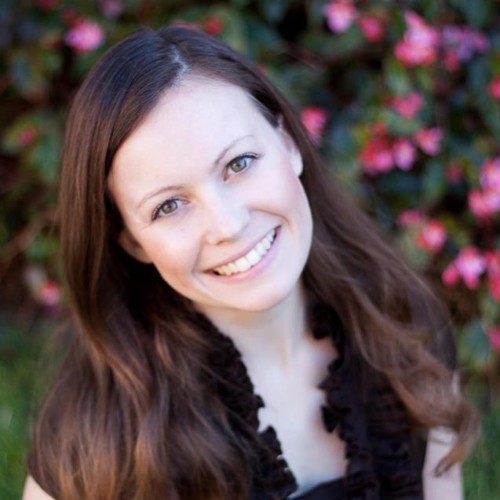 April is a pastor’s wife and (after years of waiting) an ecstatic expectant mommy. She spills her grace covered journey at www.MotlMinistries.com