Last week, I was trying to quickly put away dishes, mumbling under my breath about roommates who never clean up after themselves, when a ceramic bowl slipped out of my hand and fell to the floor. I stared at it in shock, broken cleanly into three pieces. I looked frantically around to see if anyone had heard the crash. No one came running, so I quickly scooped the pieces into the trash can before anyone could learn of my mistake.

When something breaks, I throw it away.

People have said that it’s part of the modern culture, that it’s the reason for everything from our divorce rate to our piles of trash. When something breaks, we throw it away.

In ancient Japan, when a ceramic bowl broke, they fixed it. Legend has it that a Japanese shogun was unimpressed with the repair done on a Chinese bowl he had sent to be fixed, so he hired some Japanese craftsmen to find a more beautiful method of mending ceramics. They developed a technique called kintsugi, in which the broken pottery is literally mended with gold dust. Rather than trying to hide the flaws in the broken ceramics, they would highlight them in gold, baring the cracks and scars and adopting them as a part of the ceramic.

The technique became so popular that people may have even begun intentionally smashing bowls and plates in order to have them repaired. The ceramics mended with kintsugi actually became more valuable than they had been before they were broken.

It was considered more beautiful because it was broken. Kintsugi craftsmen had to be very skilled and the most celebrated among them were those who could repair even the most destroyed pieces of pottery.

In our culture of throwing-away, our churches and communities are filled with broken people hiding their scars in shame. The church is not always a safe place to show our ragged edges and search for healing, so we metaphorically superglue ourselves back together and hope no one notices the growing cracks.

Our God fills in our cracks and puts our broken pieces back together with something more beautiful and precious than gold. In order to show the world that we believe in a God who fixes the broken things, we need to bare our scars in our art and in our lives.

Because the kintsugi craftsmen had another purpose in their craft. As they repaired ceramics from all over the world, Chinese bowls and Korean plates, as they mended the cracks with precious gold, the pottery was no longer considered Chinese or Korean. Once something was mended with kintsugi, it was forever considered Japanese.

The repairman had left his mark on the pottery so distinctly that it was no longer recognized by where it had come from, but by who had repaired it. 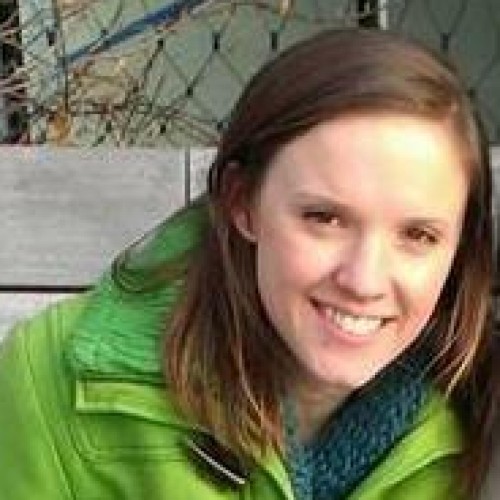 When she's not writing, Rachel teaches third grade in Guadalajara, Mexico. She really hates ketchup, injustice in any form, and dirty dishes.