Rarely are there any leftovers.

The dinner hour screams through and by the time my kitchen closes down for the evening — dishes done, counters wiped, garbage emptied — there’s hardly a crumb.

And if there does happen to be an odd bit left, it’s usually gone by 9 pm when the bedtime snackers re-enter, re-open and re-mess up said kitchen.

I’d call them mice, but they are teenagers.

And there’s absolutely nothing mousey about a teen who grows two inches each day and wears a size 11 shoe. Nothing minuscule about them at all. They don’t nibble, they gnaw. They don’t scurry, they scavenge. They’re not mice, they’re mammoths. And, what’s more, they bring friends.

With five children in the house, we have no problem getting rid of groceries. Even a trip to Costco isn’t enough. I can fill my cart with oversized boxes of everything. One hundred cheese sticks and the XL two-pack of peanut butter should make it through the week. I toss in an 84-count of whatever and feel hopeful piling copious amounts of convenience foods into my cart.

Costco is not for the breezy shopper in espadrilles. Costco is for combat boots. There’s no petite packaging; they sell by the vat, the barrel, the bucket-full.

I’m not really worried about the feeding of the five children, though.

I’m wondering what we’re pushing around in our lives that never seems like enough.

It’s easy to bring what we have to the table and yet still feel insufficient — even insignificant.

Because often what we do bring isn’t enough. We try to stretch it by the strength of our own hands and with the power of our positive attitudes, but when we lay it out we’re astounded by its diminutive size.

Our stuff can feel like nothing when placed near great need.

Like the boy who had five barley loaves and two small fish in the face of 5,000. It didn’t take a disciple to see it wasn’t nearly enough. It was too little, laughable, ludicrous right from the start.

Except Jesus was a guest at dinner that day.

And when Jesus is invited to sit at our table He changes proportions.

“Make the people sit down,” He said. I can barely get my five to sit still at our table, and yet in one biblical sentence, the disciples seat 5,000 men. Regardless of what Jesus was about to do with bread and fish, His success in seating is miracle enough for this woman.

However, Jesus didn’t come to dinner to help with the seating arrangement. He was there to demonstrate a great lesson in what He can do with just a little.

What He can do with our little.

“The boy had five small loaves of barley bread and two small fishes.” With 5,000 people to feed, it wouldn’t have mattered if the lad had pulled all of Costco out of his pocket. God makes it clear they were small loaves and small fish — breadsticks and minnows, maybe.

But God is in the small things.

He isn’t dependent on how much we bring.

He makes much of our meager.

And no matter how little we are, or have, or bring … He is enough.

But don’t skip over the ending. “They filled twelve baskets with the fragments of the five barley loaves which were left over by those who had eaten.”

Friends — after feeding 5,000, there were leftovers!

Jesus is not JUST enough. Jesus is MORE than enough. 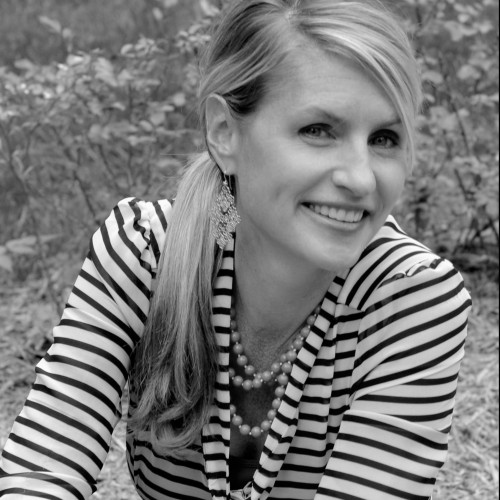 jody and her husband, rick, have five children from kindergartner to high school senior! even with all these kids, God has had their family on a bit of journey. in the past few years, the mcnatt's have traveled through adoption, breast cancer and recently, a cross country move. jody writes...