The sun had slipped beneath the waves, the glorious pinks and oranges lighting the sky. It was as if God had taken up finger painting and the pale blue was His canvas. All of it a stark contrast to the dark shadows that lurked in the corners of her heart.

She sat at the mouth of the river, overlooking the lake, on an out-cropping of rocks. Beneath her was a firm and solid foundation yet she couldn’t help but feel as if she were perched on the edge of a cliff.

She was familiar with faith, familiar with the born-again, come to Jesus moments that dotted her past. She would even tell you, despite her current state of mind, that she believed in the sacrifice of a good Savior. What she wouldn’t tell you is that with each declaration of bravado she built walls of pretense, only as a means of protecting her from the very thing that hurt her the most – community.

She wouldn’t tell you about the times when criticism bit and feelings of inadequacy were fed by the remarks of “you’re not good enough, we’re going to ask you to step down.” She wouldn’t tell you that in her desire to be loved, to belong, she thought she had to earn her place in the Body of Christ.

She wouldn’t tell you about the Sunday she left, tears streaming down her face, after someone in leadership publicly addressed her inadequacies. How in that moment the church door slammed shut and her mind became closed to community.

For a while she was okay with that. For a while she would make up the excuses and find the millionth reason why staying in bed on a Sunday morning was better than darkening the door of a church.

But on that hot summer day God’s creation began to woo her back from the edge. She knew she had to dig in and find her way back to Him or let herself fall into “as good as it gets,” choosing a life without faith, without community.

She felt the breath of the Holy Spirit and heard the question that needed to be asked, “Do you want to be saved?”

Just like God called the dry bones to life through Ezekiel, she could no longer ignore the fire in her own bones. She couldn’t ignore the fact that the brittle and dusty parts of her could actually live again. With a hesitant voice and eyes wet she whispered, “Yes,” to her Creator.

And as that final crescent of sun kissed the water, she knew that her path had only just begun.

She knew God had destined her for community. Knew she needed friends, a stalwart of soul sisters to help her recapture her dreams, to surround her in the times when doubt’s screech is louder than the faint heartbeat of her desires.

God was working in her life to bring her to a place where relationships would be built on nothing more than the beauty of each person’s story. Friends who would press in close and whisper fears to each other. Companionship, where tears would be collected and held in trust until their prayers, the sister lament, could fill each person to the brim with His purpose for their lives.

God showed her that she belonged in community.

Seeing someone's heart and seeing the color of their skin isn't an either/or but a both/and. -@drmichellereyes: https://t.co/qoMhfBhR9P https://t.co/G5T8cUy5RY 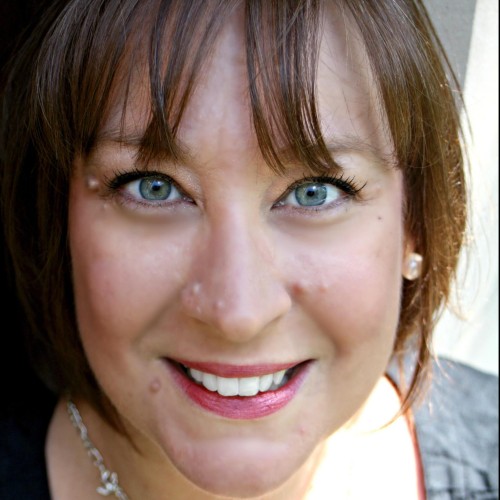 Tonya is the wife of 21 years and the mother to two amazing teens. Tonya is learning to recognize the beauty of her story in community.