It was June 21st – the summer solstice. With my heels still deep in the thick of loss and a longing to put the pain of spring behind me, I had been waiting for this day – for the earth itself to proclaim summer’s arrival, the start of a new season.

So, it just seemed wrong – that a day filled to the brim with the promise of a new beginning would bring a letter bearing the same old news. When I pulled the envelope from the mailbox, I was curious. It was not the usual self-addressed, stamped envelope I include with my manuscripts. This one was the publishing company’s envelope. Did this mean what I hoped? As I breathlessly peeled it open and unfolded the letter, it was clear it did not.I took in the familiar words – “not quite right.” My heart sank.

I’ve dreamed of being a children’s writer since, well, childhood. I have notebooks full of stories and almost stories – full of misspellings, penciled words now faded, and all the unabashed hope of a little girl. I’ve also spent most of my life running from this dream. A high school English teacher once told me that I should be a lawyer or a writer. Ten years later, I chose the former. It just seemed safer. And I don’t mean in the traditional ways, like financially or professionally – I mean emotionally. Pursuing a dream can be scary. My dream scared me so much that, after deciding to attend a college with a noted creative writing program, I dropped out of my creative writing class the first week of freshman year. I never took another one.

In the years that followed, I flirted with the dream, but never made a move. I always found a reason not to – I was too busy, too stressed, too depressed, too unsettled.

But there’s something about dreams. I think God gave them wings. And they can catch us – no matter where, or how fast, we run. Last year, with my white flag of surrender waved high to the heavens, I started writing again. And I started submitting my work to children’s magazines. And I started getting rejection letters. And they just. keep. coming.

Sometimes the dreams God tucks most deeply into our hearts take the longest to come true. Have you noticed this? And when our dreams aren’t fulfilled as quickly as we’d like, it can be confusing, heartbreaking, faith shaking. It can make us feel like pulling away from them, and even Him. But if we do, then we miss the real purpose of dreams – of all things – that they bring us closer to our Father.

I flunked 9th grade Earth Science. It’s true. I spent the summer of 1992 with a very patient tutor. But, I’m pretty good with Wikipedia. And here’s what it says about the summer solstice:

“The summer solstice occurs when the tilt of a planet’s semi-axis…is most inclined toward the star (sun) that it orbits.”

I linger on this awhile. And I think about the One that I orbit. And I pray that the tilt of my heart will always be most inclined toward Him – whose love shines steady and bright over me in every season, no matter what the day brings. 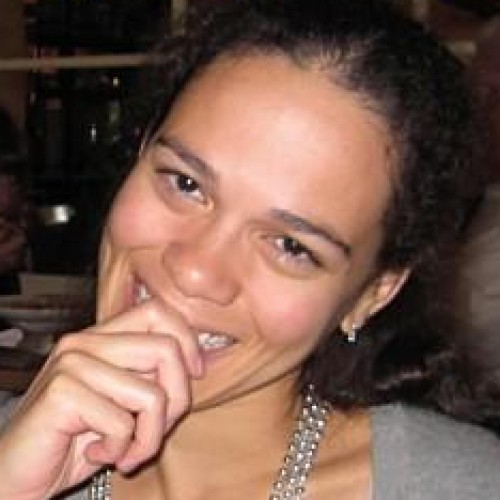 Amy lives in upstate New York, where she practices law, writes, and is learning to trust God through the adventures of everyday life.