I’m not in the habit of texting photos of myself, but here I’d just done it. Done it and texted the photo to my yoga instructor. And, I was quite aware this feat – the one that had me so thrilled and proud — was small beans to many, but I was ok with that. For me, it was huge.

You see, I’d just managed my first {supported} headstand.  It feels extraordinary, this kicking up of the legs, hoping they stay heavenbound. Scary. Wobbly. Strange.

Frankly, I don’t like risky moves—in yoga or life. My heart pounds. My underarms get sticky. I rationalize, expounding on the benefits of the earthbound.

It doesn’t take too much time.

That’s what I’ve been telling God when He calls me to live a fuller, riskier life.

I’m too busy right now for this.

It wasn’t until that day when I curled my backbone to the wall, fingers clasped, head planted on its crown, forearms strong, and started walking slow firm steps toward the wall that I believed it was possible. Each step forward laid down another length of spine to that solid wall, so I kicked high. I kicked through the fear. Kicked and believed that no matter what happened that wall of support was there for me.

Just a week earlier, I’d walked my way through the fear of the upside-down and told my husband I was quitting my well-paying freelance writing business to pursue the work God had called me to — work that I didn’t even fully understand and that didn’t pay a penny. I took a few more steps toward that wall when I shared my decision with a close friend and my pastor. My heart was still pounding and my palms sweaty. I felt silly – how could I, non-flexible, unfaithful, sinful me, reach toward the sky?

I thought of God’s strength, his ample bulk of support.

He, as the refuge.

He, a mighty fortress.

God had my backbone. Just like that wall. I felt Him behind me, shoring me up for the inversion.

I kicked once, twice.

And now, my world is upside down — in the best possible way.

By Elizabeth Anne May, Seasons with Soul 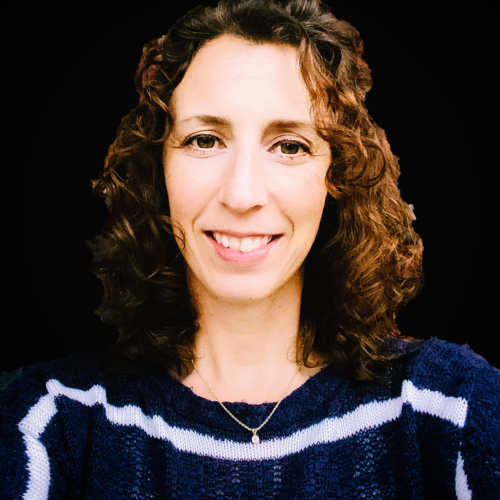 A mom of three, recovering perfectionist, nature lover, and DIY aficionado, Elizabeth has loved God for as long as she can remember, but only recently began to live out her faith.