The setting was post-World War II Romania.  The enemy had come to stay and life was a daily struggle of acceptance.  Acceptance of what life had become.  Acceptance of the cup given, certainly not asked for.

It has a way of doing that, doesn’t it?

There, in the midst, was a seventeen year old girl, growing in the post-war bleakness.

In the days before the country was locked down, and freedom no longer an option, her father had made many trips across the sea and home again.  In a day when such trips were truly journeys, taken on freight-loaded ships, he traveled to the United States for business.

One such trip would prove to change the route their lives would take.  Clearly led by our all-knowing Creator, he decided to become a citizen of the United States.

It was a life altering decision, not just for them, but for all the generations that would follow.

My mother, knowing she was born to a U.S. citizen and therefore a citizen of the U.S. herself, really had no understanding of the depth of this truth.  It was accepted by her, but she was unable to fully process it.

Having never seen the abundant land that lay beyond her pain, it would be understandable she would doubt.

That would change the day her dad said it was time.

Time to leave the bleak and repressed for a land of possibilities.

They were allowing no one to leave the country, it mattered not a bit if you were a U.S. citizen (it was hard to find anyone to listen to and believe your case even if you were).  Her father had found a way but it had to be fast and she had to go alone.  Despite having no believable proof of her citizenship, God lined up a monumental series of events, and her life changed.

Within days, she would be saying goodbye to her country forever, and on a ship, alone, at 17, headed to a life she didn’t know, in a country she knew little of.

Certain of only one thing because her father told her she was a citizen.

There was no time to be afraid.  This was an opportunity.  In that land, at that time, those were rare.

How often are we told about that far off land we’re citizens of?

We’ve never seen heaven, but it sounds nice.  Tough to imagine though, when we’re surrounded by the dreary of this world.

I think about my mom and I bet it’s a similar feeling.  You want to believe, but really, could it be true?  Like her, we have no proof, no card showing our citizenship.  We have to rely on what is told to us.  On stories we hear.

On what our heart knows to be true.

This is no time for fear for us either.  Every day it seems we come up against something else.  Our landscape can be pretty dark at times, too.  How often do we doubt?

God is moving though.  Many times He stands, ready to change not just your life, but those of the generations after you.

Mark Batterson says it well in his book, In a Pit With a Lion on a Snowy Day,

“The genealogy of blessing always traces back to God-ordained risks.”

Could He be readying your opportunity?

He’s waiting for you to believe in your citizenship.

“But our citizenship is in heaven.  And we eagerly await a Savior from there, the Lord Jesus Christ,”  Philippians 3:20 (NIV)

(The picture above is 100 years old – taken in 1912 – and is actually of my mom’s mom and her parents.  It was taken in what was Hungary at the time, but later became Romania.) 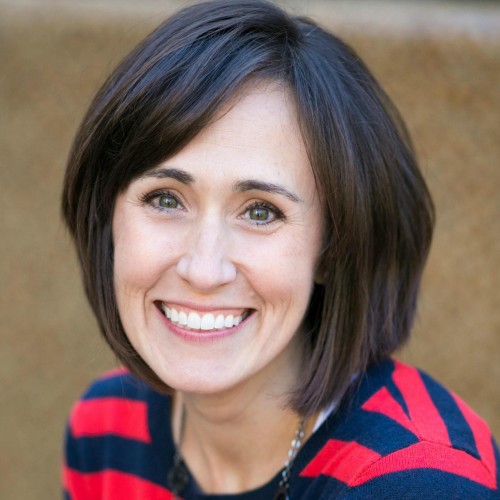