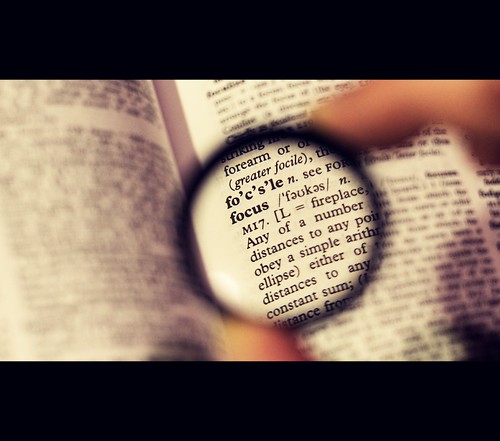 A few months ago, over dinner with a friend, I mentioned the fact that I was lonely. Perhaps lonely wasn’t even the right word. Unsettled may be a better description. You see, we had recently purchased a new home, and what to some would be a stepping stone home, to us was our final home. The weird looks I would get when I would say that this was our forever home was nothing new. You get weird looks when you don’t have cable or satellite, when you drive old, used cars that are paid off, when you bring your lunch to work while everyone else eats out every day, and when every single article of clothing could fit in half of a closet. We live in such a way that people think we’re weird. So it wasn’t the weird looks that made me lonely. No, it was the fact that I felt like no one else around me “got it.” It was a mild pity party at best, and I was well on my way to being swept into the cultural think tank that told me I needed more than what I already had.

To me, “7″ gave me freedom in knowing that sometimes it’s ok to be weird. But it went even further than that… it also gave me a realignment of my focus. I realized that my minimalist lifestyle had become so habitual, that I had forgotten the meaning behind the action. I had forgotten that I wasn’t just living so that I could hoard my wealth. No, we had lived this way so that we could be in a position to give, and not just give with the leftovers, but fully give from the harvest. Yet somehow, I had lost focus and instead found myself questioning why I saved at all, wondering if the lonely path was even worth the heartache. My dear friend Katie summed it up so well when she said to me: “We [spend] and [spend] and [spend] our bountiful resources that God has lavished on us so that when a big need arises, we can help, but only in a small way. The giving doesn’t come remotely close to the gift God has given us.”

When I finished “7,” I blogged about what it meant to me and what I was learning. I feel like the words I wrote captures my heart more than anything else I could type now:

“…So I began praying that the Lord would really make true the words that were coming from my mouth. That my heart would really break for what breaks Jesus’ heart. That my eyes would see what Jesus sees. And what I was reminded of was that Jesus isn’t worried about sending my kids to the best preschool, best elementary school or saving for the next house. He certainly isn’t worried about my comfort. He is worried about His message. [His message of grace, forgiveness, mercy, love and hope.] And what saddens me is that I was slowly trying to jump onto the bandwagon of being a comfortable Christian. A Christian who went to church, who served at church (Jen often spoke of blessing those who were already richly blessed… my toes were stepped on quite a few times), and then who left the doors of the building and never brought the Savior I know and love to the people who need Him the most. [The least of these became the least remembered.]

I had slowly started believing the lie that [my family] and I need to lead comfortable, safe lives. That we deserved this or that. That I needed a bigger house for ministry or a bigger blog to really speak truth. I believed the lie that missions is overseas, not next door. I’ve believed the lie that my children should be sheltered from the poor school, the poor neighborhoods, the homeless and the people who live differently from me. I’ve dug into the scriptures and what I have found is that those who were concerned with the bigger parts of life, the rules and the “looks”… most often missed the mark. It was the ones who didn’t have anything who got it. The lady who was a prostitute was the one who was spoken gently to by the Savior. The pharisees? They were most often chastised, for their shallow religion and rules. I don’t want to miss the mark. I want to love those who no one else will love. I want to be sold out to the mission of Jesus. Read Matthew 23 and tell me it doesn’t rock your world. The ones who were supposed to be the true Christians were chastised by Jesus and given woes that make me cringe just reading.”

“If a fast doesn’t include any sacrifices, then it’s not a fast. The discomfort is where the magic happens…. When the fast, the death, the sacrifice of the gospel is omitted from the Christian life, then it isn’t Christian at all.”

I’m called to lose, to lay it all on the line. All for the greater good of the Kingdom. I’m in.

So, I’m back to being weird. To being counter cultural. I’m completely sold out to the idea of living simply so that I can give extravagantly. I’m finally realizing that in order to be completely sold out on Jesus, I have to be ok with the sometimes lonely path. But I’m ok with being weird, especially if it means I’m in the middle of His will. And honestly, there’s no better place for me to be.

By Lindsey, A Dollop of My Life

Tune in this Friday for a link up on Spending! If this week’s chapter affected you in any way, we want to know about it! So share about it on your own blog and come back and link up this Friday {or share in the comments}! 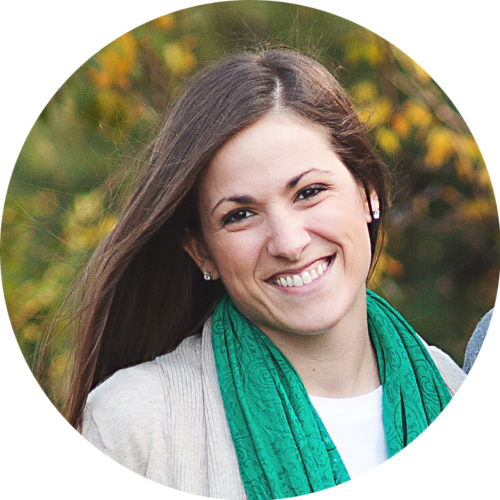 Lindsey is married to Drew, and is a stay at home mom to two rambunctious preschooler boys, Brayden and Connor. She is a lover of all things Southern, SEC football, Sonic Happy Hour, photography and all things social media.