One of the ways I’ve gotten to know new people in my town is through craft day.  I’d love to take the credit for it but, my talented friends Reeve and Angela are the brains behind it, I’m just the one who is too lazy to leave the house so I’ve been the host. So really?  They’ve done all the hard work. And if you ask them, they probably don’t even think it’s hard.

Here’s why we started a craft day:

1. we love to do little crafts

2. we wanted to be together

3. we each had some crafty friends and thought it would be fun to introduce them all

It was Reeve’s idea to invite me and Angela to join in a Crafty Day Pinterest board.   This was SO SMART because we could easily pin potential craft day ideas and then when it was time to decide which ideas we actually wanted to consider, we could all pick our top two or three ideas from the craft board and talk about what would work for a group.  Sometimes we met for coffee and made a decision, sometimes we just emailed.

There are three of us who plan it and we each have a job that we like:

Reeve sent out the emails (OK, so she went all out and made invitations because she’s awesome, but you don’t have to do fancy invites) email is fine–just have someone in charge of that part who is organized.

Angela usually taught the craft.  She’s really good at explaining things so it worked out well.

I usually hosted and bought the supplies because I like to stay home but when I am out, I’m usually at craft store.  Sometimes we would all go together to get supplies if we had time, that part was really fun too.

Last winter and fall we had craft day once a month (it works best to have it on the same day–like the 3rd Monday or something) and a few weeks before craft day the three of us would decide on the craft and Reeve sent out the invites.  We’d get a rough count of how many would be there (usually 6-8) but an exact number didn’t matter (like when we did the doily bowls, we had some extra doilies just in case).

I’d buy whatever supplies we needed (usually it was pretty cheap) and fix some food because food fixin’ is one of my spiritual gifts and I like doing that.  We’d keep a jar out for anyone who came who could to put $5 in for the supplies.  We didn’t keep track or anything and it always worked out fine.

Angela would explain the craft and demonstrate and we’d all talk and laugh and eat and hot glue off our fingerprints.

It was a great excuse to get together and it’s so nice to have something to keep your hands busy while you are meeting new people.  Crafts are a great ice breaker and such a low commitment–you could just have a one time craft day for your neighborhood if you want to meet some new people.   Or maybe you and two friends just want to have a great excuse to get together, you don’t have to invite a bunch of people you don’t know.

I wrote about three of our craft days, check them out for more photos and ideas: 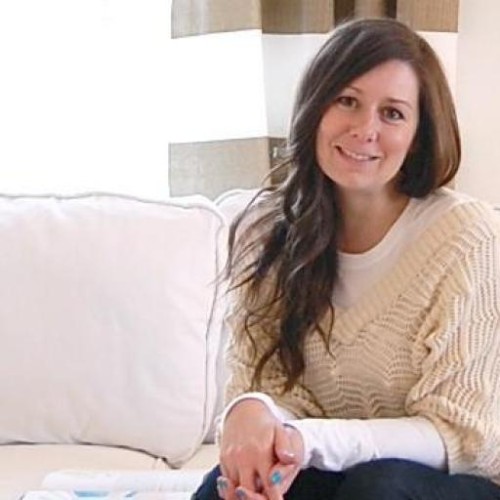 Myquillyn Smith, The Nester, is a home stager, redesigner and design school drop-out. Her last home (a rental) was featured in Better Homes & Gardens, Cottages & Bungalows, Ladies' Home Journal and in her upcoming design philosphy book, The Nesting Place: It doesn't have to be perfect to be beautiful....