I bought Seven as a light read.  (If you’ve read the book, you can just insert a hearty chuckle *here*) I knew enough about it to recognize that I might be challenged by it but I had no plans to be bothered by it.  In case you’re wondering, I rather prefer plans that make me feel better about myself as a general rule.  Left to my sin nature and my ever present ego, it’s how I roll.

The first few chapters were tough; they basically hit me where my sore spots are.  Food, clothes, possessions, media…yes, I struggle with excess in each of those areas, who doesn’t?  But when I got to chapter five I thought, surely I don’t cause much waste and I’m only one person, how much of the Earth am I really affecting? As I began reading about the seven green habits Jen chose, I became so engrossed in each of them that I didn’t bother to look up and see the coming train, barreling down the tracks and headed my way.   I took one look at the intro and thought I knew how to play along…

Recycle (I don’t, it seems like a lot of work. I know I should. I probably could.)

Garden (No yard, but I do grow basil and chives in containers, does that count?)

Compost (File that under hilarious, as in never going to happen)

Drive one car (I would love this. I hate all the costs associated with driving. My husband, not so much.)

Shop thrift stores (Score! I am a second hand shopper and a garage sale girl. I can do that.)

Clearly I was prepared to breeze through this chapter and leave it to those a little more green than I to chew on, because if I’m honest with you, I’m not green.  One of the girls from the Council said she wasn’t even teal…umm, yes, agreed.  I will admit, although seriously flawed, my opposition to the whole “going green” movement is often due to the inner rebel in me.  While there are wars erupting, people losing their jobs and homeless people dying alone on the streets,  I simply cannot (read: choose not to) find space in my mind to worry about the earth.  In fact, when I hear about masses of people jumping on the proverbial bandwagon to abandon the use of plastic water bottles as their life’s mission, it makes me want to drive to Costco in my gas guzzling mini-van and load the back end with 36 bottles of “natural spring water” while throwing plastic bags out my windows.

I told you my thinking was flawed.  Also, immature.

Seriously though, some of my angst centers on the dichotomy between people who are passionate about saving whales and trees with no regard for unborn babies or the elderly.  I recognize that it’s wrong to paint whole genres and movements with broad, sweeping and dismissive strokes but if I’m honest, that’s just how I’ve viewed and dealt with the green movement.   It seems out of balance and extreme, therefore I’ve just avoided it as a whole.

I never expected the Lord to use this book and this chapter on waste to bother me as I began opening my eyes to the way that we live.  But that’s exactly what He did.  I began thinking about all the driving we do, the things we throw away, the excessive buying we’re responsible for, the way we consume everything and worse yet, why none of it has mattered to me until now?  I totally identified with Jen when she said,

We are wasters. We are consumers. We are definitely a part of the problem.  I no more think about how my consumption affects the earth or anyone else living on it than I think about becoming a personal trainer; there is just no category for it in my mind.

Yes sister, me too.  As I’ve opened my eyes to our ways, I see how often I consume with no thought for anyone but myself.  Not only when it comes to natural resources, but regarding my choices in general.  I get so wrapped up in me, that I don’t always consider how my choices and certainly my consumption, impacts others.

And that’s a problem.

In general, we are a consumer driven society that thinks nothing of making immediate choices with no regard for the generations that follow us.

Broken appliance?  Don’t fix it, just replace it.  Old car?  Don’t drive it until it quits, move on to bigger and better car payments.  Loads of crippling debt?  Pay it off tomorrow and charge whatever you need today.  Too tired to make lunches?  Buy them and throw away loads of plastic packaging day after day after day.

As I started reading more about the state of our world and where we are headed, I started to recognize the issue of consumption as more than just excess packaging and plastic water bottles.  I echo Jen’s heart-of-the-matter questions,

What if we changed our label from “consumers” to “stewards”? Would it change the way we shop?  The way we think?  What does it mean to be a godly consumer?  What if God’s creation is more than just a commodity?

I wish I had all the answers or the energy to tackle all the issues.  I don’t.  Right now surviving the grocery store with a toddler and a preschooler is all I can handle.  Throw in the burden of remembering re-usable bags each time and I might break down in the produce section when I realize I’m failing at yet another thing.

So in the wrestling with it all, I’ve resolved to start small.   I’m questioning a lot.  Thinking twice before I buy, figuring out what can be fixed before it’s replaced, donating as much as I can to people who could use our stuff, and thinking about my kids and the world they will inherit.

Only in America do we have neat and tiny rooms dedicated to trash and the removal of it from our lives.  But the dirty, little secret is that we never really get rid of the trash.  We sweep it away, take it to a landfill or just remove it from our sight, as if it never existed.  And yet, it does.  It remains in some form or another for someone else to take care of.  Behind closed doors, in labeled “Trash Rooms.”

I’m in process over here, transitioning from the role of a consumer into a steward of what God has given me.  I like to think of myself as a reformed consumer, finally coming to terms with the errors of my former ways.  In the words of the lady who wrote this crazy book on my shelf,

Amen, sister.  Aren’t we all done with the bury-my-head-in-the-sand existence that so many of us choose?  I’m saying no to that way of life and instead, I’m raising my re-usable cup in your direction and toasting the dawn of a greener day.

“The earth is the Lord’s, and everything in it, the world, and all who live in it; for he founded it on the seas and established it on the waters.” Psalm 24:1-2

Now about that compost pile…

By: Stephanie at Happily Ever After

Tune in this Friday for a link up on Waste! If this week’s chapter affected you in any way, we want to know about it! So share about it on your own blog and come back and link up this Friday {or share in the comments}! 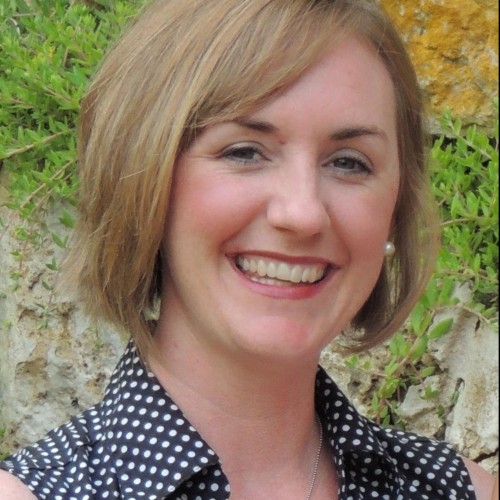 Stephanie lives in Minnesota with her husband Travis and two kids, Ava and Carter. She is an Interior Designer, Youth Pastor's wife and Mom.