Wess Stafford is an internationally recognized advocate for children. Since 1977 he has worked with Compassion International, serving as their President since 1993. Wess’ own life experiences have uniquely prepared him for his role. He often says, “Everything I really need to know to lead a multinational organization I learned from the poor, growing up in an African Village.” Wess now lives on a small ranch near Colorado Springs, Colorado, with his wife Donna. They are the parents of two daughters, Jenny and Katie.

Just A Minute, Wess’ second book, was released by Moody Publishers in January 2012. More information, including free study guides, can be found at http://www.justaminute.com

I sincerely believe an entire life can be launched with as little as a single phrase, an uplifting word or an act of kindness.

For me, it was my father who first believed in me. He changed my life in one moment, one sentence, at the age of fourteen. My family had just arrived from Africa—the only country I had ever known—to the United States. While in Africa, I lost nearly half of my village friends to measles, malaria, smallpox, hunger, or snakebite. I had cried myself to sleep hundreds of nights after we buried my childhood buddies.

Now stepping off the ship that had carried my family across the Atlantic, I was a lost soul in this new and foreign place. I had been torn from a gentle African village to land a month later in the biggest, most intimidating metropolis known to humanity. I was shell-shocked.

A man was driving us to a church service one of those first days. My father was in the passenger seat, and I sat alone in the back. The driver glanced my way and said the familiar words, “So, Wesley, what do you want to be when you grow up?”

After a long, awkward pause, my father came to my rescue. “I’ve been watching Wesley for a long time,” he said. “He has seen a lot of pain and a lot of suffering. He has a big heart…he loves helping people who are hurting.”

I remember thinking, Really? Is that who I am? Is that what matters most to me? That was the end of the conversation, but not the end of the thought. In fact, it was the beginning for me. With those simple words, my life was launched!

Every life option now found meaning and purpose as it was put to the test of “How does it help people? If it doesn’t, then is it even worth doing?”

My father’s words echoed through the corridors of my life from that minute forward. Eventually, I found the ministry of Compassion International, where I could pour all my passion into my calling, my purpose, my mission.

Trust me, moments matter—for a lifetime.

Our lives are compiled of many minutes. If you’re blessed enough to live out your full “threescore and ten years,” you will have been given, from birth to death, the gift of nearly 37 million minutes. And each one spent in the presence of a child is a divine appointment. With each child you encounter, you have the power and opportunity to build up … or, sadly, to tear down.

This is the foundation of my latest book Just a Minute, in which I share the stories of doctors, soldiers, international leaders, sports heroes, politicians and many more whose lives were indelibly marked by the words or actions of the adults in their lives. Through the stories of Colin Powell, Tony Dungy, Adolph Hitler and others, we see how an encouraging word, well-timed hug or hurtful comment can radically transform a childhood, or even the course of an entire life.

You don’t have to be a teacher, a parent, a pastor, or a doctor to make a positive difference in the life of a child. You only have to be willing!

Answer this question in the comments below and we’ll choose 5 winners to win a copy of Just a Minute. Winners will be announced on Friday:

Learn more about Compassion International here and click here to purchase your copy of Just a Minute. 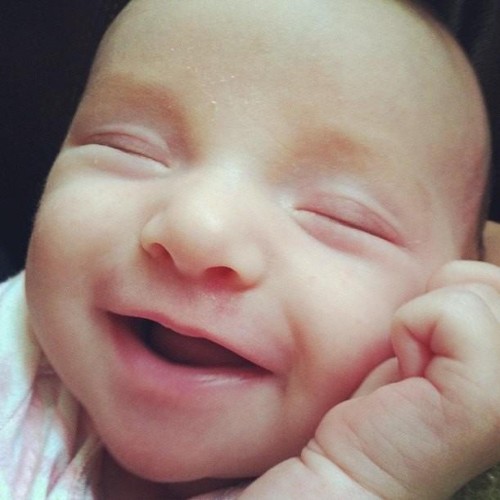 Wess is an internationally recognized advocate for children. Since 1977 he has worked with Compassion International, serving as their President since 1993.